Though there may not be much to celebrate in magazine publishing these days, the industry took time out to toast two women. 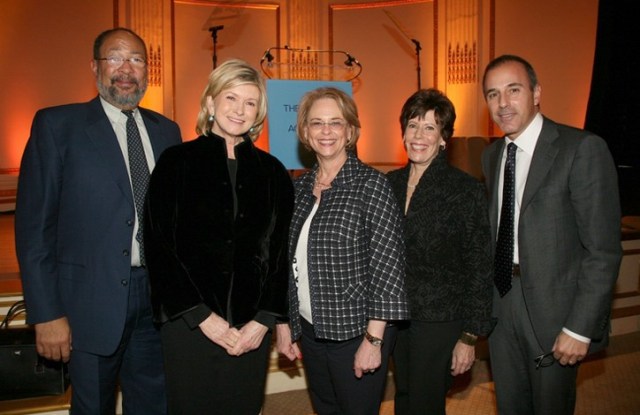 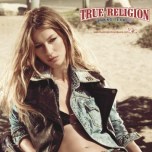 CELEBRATING PUBLISHING’S FIRST LADIES: Though there may not be much to celebrate in magazine publishing these days, the industry took time out to toast two women at the annual Lifetime Achievement Awards luncheon hosted by the Magazine Publishers of America and the American Society of Magazine Editors: multiplatform megabrand Martha Stewart and Time Inc. chairman and chief executive officer Ann Moore. Moore was given the Henry Johnson Fisher Award, while Stewart was inducted into the Magazine Editors’ Hall of Fame.

Former Time Warner chairman Richard Parsons introduced Moore with a mix of timely wit and endearment (“I almost missed this lunch because my plane was late,” the new chairman of Citigroup quipped in reference to the financial company’s embarrassment over giving back its $50 million private plane. Parsons traveled by Amtrak to Washington to meet with President Barack Obama, per a report in Thursday’s New York Post).

This story first appeared in the January 30, 2009 issue of WWD. Subscribe Today.

He praised Moore, a colleague whom he called “an Energizer bunny of optimism” and “the most effective magazine person I’ve ever met,” and highlighted Moore’s successes with Time Inc.’s largest magazine properties, People, Real Simple and In Style.

Other fans of Moore featured in a congratulatory video included current chief executive Jeff Bewkes, actress Marlo Thomas, Billie Jean King, Caroline Kennedy and Moore’s son, Brendan, who attended the lunch with Mom. Aside from being Moore’s lunch date, Brendan served as the minder of the glass award she received — he had to run back to the Plaza ballroom to retrieve it when her camp initially forgot to take it with them.

Moore’s acceptance speech was mindful of the challenging times facing print, but she was still able to express her gratitude for print’s strong attributes, including that “our readers haven’t abandoned us,” “that print advertising is still effective” and “that we’re not in the newspaper business.”

Matt Lauer of the “Today” show introduced Stewart with the generous use of sports metaphors: “Like Ruth, Gehrig, DiMaggio and Ann [Moore], Martha is a game changer,” he said.

The founder of her eponymous brand that now includes 26 merchandising lines, radio shows, television programs, magazines and books thanked her dedicated staff during her speech, but mostly reminisced about her journey. Surely one of the recipes from her many cookbooks would be worth a Lifetime Achievement Award, but which one? “My apple pie,” she revealed before leaving.

BACK TO THE FARM: The spin surrounding Kent Brownridge’s departure from OK magazine went into full tilt Thursday after the company said he would be leaving his post as general manager after four months on the job. So, too, will the editor in chief he hired a few months ago, Susan Toepfer. Northern & Shell North America, owners of OK, said Brownridge successfully restructured the company “with a view to consolidating profitability,” and had an impact on ad sales, circulation and editorial.

Sources close to the magazine told a different story, however. They said Brownridge, who was paid up to $1 million as general manager, brought in several new staffers, including Toepfer, at high salaries and, since lowering the cover price to $2.99 from $3.49, the magazine has sold between 300,000 and 350,000 copies — significantly less than the 450,000 or so that the title moved when it was more expensive. That also would make it the lowest-selling title in the celebrity weekly category that also includes People, Us Weekly, Life & Style, In Touch and Star. In a statement, the company said OK has had circulation growth of 400 percent since it launched in 2005. “At the end of the day, Kent promised all of this stuff and didn’t deliver,” said one insider.

Sources said Brownridge also slashed production costs, such as cutting the frequency of OK to biweekly from Thanksgiving to New Year’s. Early on at OK, he brought in Toepfer to replace founding editor in chief Sarah Ivens, who returned to the U.K. and became editor at large. Sources speculated that Ivens will become editor in chief once again now that Toepfer is out. Some insiders also believe former executive editor Rob Shuter, who was fired by Brownridge, will come back.

A spokesman said Ivens will continue as editor at large and will not become editor in chief, adding that he hasn’t heard anything about Shuter’s possible return. The spokesman also confirmed that four employees, in addition to Toepfer, will be leaving the company, including the managing editor. “They were positions created by Susan, which, as a result of her departure, were no longer necessary,” he said.

Media Industry Newsletter reported that, as of Dec. 1, OK was up approximately 26 percent in ad pages over the previous year, to 695 pages. Brownridge will become a consultant to Northern & Shell, and chief financial officer Vince Ohanyan will take over as general manager. Before joining the company, Brownridge served as the head of Alpha Media after coming out of retirement on his farm. Richard Desmond, chairman of Northern & Shell, is supposedly returning to New York next week to reassess the business.

A NEW QUARTERLY: There has been speculation that Page Six Magazine wouldn’t survive the economic downturn, but as it turns out, the weekly magazine, published in the Sunday edition of The New York Post, will — just less frequently. The title now will become a quarterly, with the last edition of Page Six Magazine’s weekly edition appearing Feb. 15. The next issue will be published sometime this spring. Approximately 23 people will lose their jobs as a result, across all departments. Jennifer Jehn, senior vice president, said the company will revisit publishing the magazine more frequently if the ad market improves.

MORE BAD NEWS FOR AMI: American Media Inc. said Thursday it is in the process of performing impairment testing of its trade names and goodwill, and management may have to record between $200 million and $220 million in charges with respect to certain titles for the quarter ended Dec. 31. The company noted that impairment testing is not completed.

GISELE ALL OVER: Brands up and down the pricing spectrum are betting heavily on Gisele Bündchen this spring.

Bündchen is likely to be top of mind among consumers as rumors of an engagement to boyfriend and NFL quarterback Tom Brady (since denied) reached a fever pitch in the tabloids this week. But in the coming months, it may be impossible for consumers to escape her image, as Bündchen helms the spring ad campaigns of Dior, Versace, junior sportswear label Rampage and now, premium denim label True Religion. She also recently signed a multiyear contract to be the sole representative for Max Factor makeup in North America.

As reported in WWD Tuesday, Bündchen inked a one-year deal to be the new face of Iconix Brand Group’s Rampage label, taking over for Petra Nemcova. Now True Religion has picked her, as well.

“When you use a girl like Gisele, you’re trying to create the image of your brand and your product on her,” said Jeffrey Lubell, founder and chief executive officer of True Religion. “You want women to see how it looks on her and say, ‘I really want to look like that.’”

True Religion enlisted Nino Muñoz to shoot Bündchen on a Malibu beach wearing items from the new limited edition True Religion Vintage collection. The ads will begin running in magazines such as Vogue, Bazaar, Elle and Vanity Fair in March.

Lubell dismissed any concerns about Bündchen’s heavy exposure this season, adding that her versatility is precisely why brands are willing to pay a premium to get her.

“The way we style it and the way our product is compared to another brand’s product, it looks totally different,” said Lubell.

In addition to sharing Bündchen’s image in their campaigns, executives from True Religion and Rampage were quick to share their admiration for her work ethic and willingness to take an active role in crafting the campaigns.

“She practically ran the shoot. I didn’t need to be there,” said Lubell, who was impressed enough to point out, more than once, that Bündchen had driven herself to the shoot, arrived on time, introduced herself and launched herself into the collection.

CORRECTION: A Memo Pad item on the closure of Domino on page 5 of WWD Thursday incorrectly stated that Country Living was one of several shelter titles to close in the last several months. The title, owned by Hearst Magazines, continues to publish.