The lineup features interviews with the National Portrait Gallery’s Nicholas Cullinan and artist Jennifer Packer, and forms part of the long-running 3.55 by Chanel podcast series.

Chanel Connects is a new podcast series that will form part of 3.55 by Chanel.

LONDON — Chanel is opening its 3.55 podcast series to new names, themes and ideas with a cultural program that features actors and writers, museum directors and architects.

“Chanel Connects” is a new series that will look at “what’s new and next in arts and culture,” through conversations involving figures including Pharrell Williams, Tilda Swinton, Edward Enninful, the National Portrait Gallery’s Nicholas Cullinan and the artist Jennifer Packer.

The series launches on Friday on Apple, Spotify and the brand’s own site, and will also look at topics such as how galleries, museums and stages prepare to reopen to a radically transformed world; the impact of technology on creative work, and the role that culture should be playing as an agent for social change.

Yana Peel, global head of arts and culture at Chanel, said the series signals “an existential moment for the arts, as creators reconsider how, why and where they tell stories and connect with audiences.” Peel is a businesswoman and the former chief executive officer of The Serpentine Galleries in London.

“While galleries, stages and studios have been dark, artists have not stopped creating and imagining new ways forward. “Chanel Connects” sees cultural game changers delve deep into their imaginations to share ideas across disciplines, projects and institutions,” Peel said.

“It’s a prescient reminder to continue supporting the arts, championing what’s next and celebrating work that has the power to transform lives and wider society,” she added.

The brand was an early mover on the luxury fashion podcast front, launching 3.55 by Chanel in 2017. The series specializes in fashion-focused talks with friends and brand ambassadors, including Keira Knightley, Sofia Coppola and Williams. 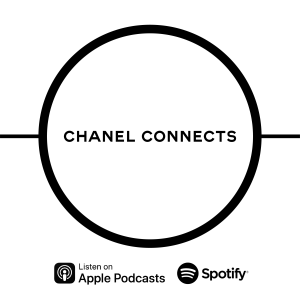 “Chanel Connects” is a new lineup of cultural podcasts that launches Friday on 3.55 by Chanel.

This cultural series is the latest addition to the mix, and saw contributors self-record from their homes and studios. Some know each other, while others met over the airwaves for the first time.

The company said it wanted a mix of emerging and established talent, and to highlight individuals from institutions “where Chanel’s patronage helps to accelerate equality of voice and enhance the visibility of women as creatives and leaders.” Among its many other sponsorships, Chanel had long hosted the Serpentine’s annual summer pavilion party.

In one episode from the series, Knightley talks to Lulu Wang, writer and director of the critically acclaimed movie, “The Farewell.” The conversation, led by producer and writer Diane Solway, sees the talents talk about growing up on screwball comedies, and “the need for strong women on both sides of the camera.”

In another, choreographer Akram Khan connects with Tamara Rojo, the artistic director of English National Ballet, and a lead principal dancer. The conversation is led by James Whiteside, principal dancer at American Ballet Theatre, who’s also a choreographer, recording artist and drag queen.

In episode seven, “Seeing the Unseen,” artist Arthur Jafa connects with painter and winner of the 2020 Rome Prize Jennifer Packer. The conversation involves Hans Ulrich Obrist, curator and artistic director of the Serpentine Galleries in London. They talk about the social, political and historical ways their work can be viewed, and what makes a piece of art successful.

Chanel’s move captures a zeitgeist of 2021, as forward-thinking brands look beyond fashion and into the broader cultural world and cultivate new and more diverse audiences.

“Luxury is moving very quickly toward the entertainment world and the content production world — and the product is just one element of the value proposition,” said consultant Claudia D’Arpizio, a partner at Bain & Co. in Milan in an interview with WWD.

D’Arpizio described luxury as a “creative industry at large. And so if you are credible as a creative person, your territory doesn’t only have to be fashion. You can broaden your reach and the brand can become a platform to accommodate other voices that can be broadcast to a broader public. So that’s where collaborations, not only with other designers, but other artists, come into play,” she said.