He may play Amy Adams' dreamy inamorata in the comedy of errors "Miss Pettigrew Lives for a Day," in theaters March 7, but Lee Pace is a little worried... 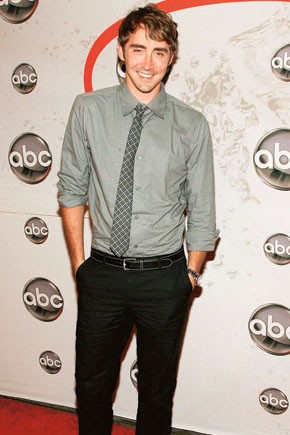 He may play Amy Adams’ dreamy inamorata in the comedy of errors “Miss Pettigrew Lives for a Day,” in theaters March 7, but Lee Pace is a little worried about swooning moviegoers accusing him of false advertising. “I really do look a lot different in person,” the 28-year-old actor insists, via cell phone from his house in Los Angeles’ Runyon Canyon.

In the end, it’s a moot point: Pace’s brown, puppy-dog eyes serve him well on-screen in “Pettigrew” as Michael, a penniless pure-of-heart piano player who attempts to woo the misguided Delysia Lafosse (played by Adams).

The Houston-bred, Juilliard-trained actor is perhaps best known for his role as wholesome pie maker Ned on the prime time dramedy “Pushing Daisies,” for which he received a Golden Globe nod. He also appeared on-screen as the accomplice killer in the Truman Capote biopic “Infamous,” and in 2004 was nominated for a Golden Globe for his performance as a transgendered go-go dancer in the Showtime telefilm “Soldier’s Girl.”

In “Pettigrew,” which is set in 1939 London and based on the Winifred Watson novel of the same name, Pace plays alongside Frances McDormand as the title character, a frumpy governess, who, through a series of mishaps and mix-ups, comes to be the social secretary of aspiring actress and material girl Lafosse. In the span of 24 hours, Pettigrew gets a makeover and Lafosse juggles three suitors — one of whom is Pace’s Michael.

In fact, Pace semi-jokingly refers to his leading lady as “Amy ‘I can do no wrong’ Adams.”

“A lot of pretty actresses just sit back — not her. She’s always playing something hard,” he says.

He finds McDormand equally inspiring and says he took his role in “Pettigrew” in part, because, “I believed in Frances.”

Outside of work, Pace prefers to keep a low profile. The occasional recognition for his role on “Pushing Daisies” notwithstanding (“I’ll be walking through an airport and someone’s like ‘Pie maker!'”), the actor enjoys a relaxed lifestyle that consists of going on daily hikes with his dog, Carl, and hanging out with the cast of his show at their various birthday parties and baby showers.

“I know it’s kind of nerdy that we’re hanging out outside school,” he says.

So, while it’s a safe bet that Pace, who stars next opposite Sarah Michelle Gellar in this spring’s “Possession” (a remake of South Korean thriller “Jungdok”), won’t be lining up for a swag bag at a big Hollywood press event anytime soon, that’s not to say no one is cashing in on his celebrity. “My mother gets people to do things for her at church,” the actor says with a laugh. “She’ll tell anyone I’m on a television show.”