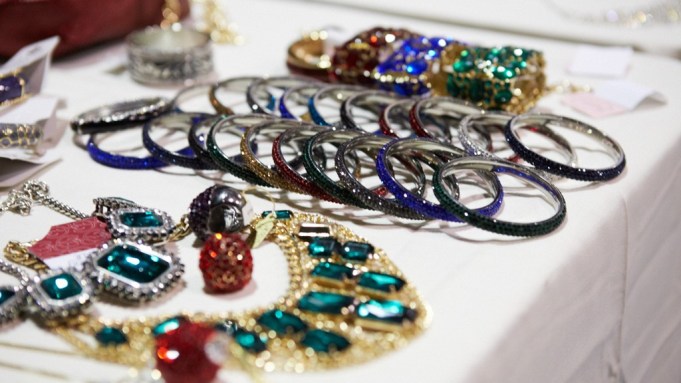 CHARLIE’S CHARM OFFENSIVE: Known for value-priced fashion jewelry, Charming Charlie is making a push to brand itself as more of fashion destination than a value-centric one. In doing so, the Houston-based retailer has tapped marketing and advertising agency Lambesis to help it “create a brand identity.” First on its checklist is an advertising campaign — the brand’s first — which will come to life through print, television and digital platforms in November.

Dubbed “Find Your Fabulous,” the holiday campaign, which features bold, brightly colored accessories styled on models, has been shot by Terry Richardson, which may seem like an odd choice at first glance. But Chad Farmer, president and executive creative director of Lambesis, explained that in choosing Richardson, Charlie is getting a rehaul that includes an updated logo, a new brand voice, a revamped in-store visual identity and a redesigned Web site.

“The brand positioning was developed to bring a designer image with value pricing to a mass retail offering,” Farmer said. “We are bringing the aspiration to the consumer while celebrating the value pricing of Charming Charlie.”

With a fleet of 218 stores, the eight-year-old brand is in growth mode. In March, amid rumors of an initial public offering, Charlie added a slew of executives to its ranks, including Judi Langley, a former senior vice president of design and trend at Kohl’s Corp., as executive vice president and chief merchandising officer.