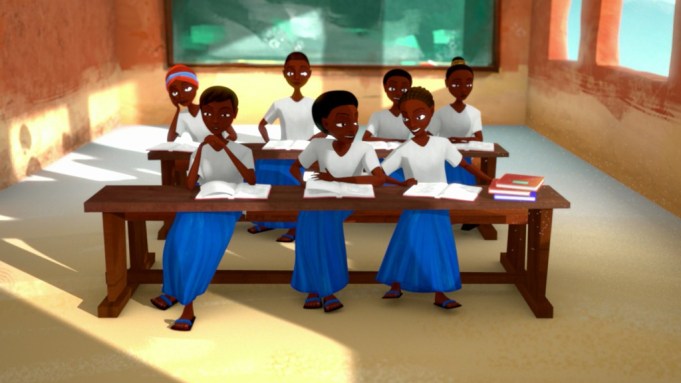 Salma Hayek Pinault — both a founding member of Chime for Change and the executive producer of its film unit — said storytelling helps draw attention to the host of problems women face globally. “These films tell intimate, personal stories — but these stories represent universal themes. And now we can all play a part by turning inspiration into action,” she said. The movie shorts made their debut at the Sound of Change Live concert in London on June 1, and can be viewed on YouTube and the Chime for Change Web site, which also allows visitors to contribute funds to various related projects.

Pearl, who is managing editor of Chime for Change, is working with international journalists to provide coverage of women’s continued fight for equal rights, access to health care and justice. Chime for Change’s journalistic content will receive support from the International Herald Tribune and the Thomson Reuters Foundation, among other partners, and can be viewed on the campaign’s Web page.

“Journalism is about holding those in power accountable and giving a voice to the voiceless,” said Pearl. “We will do both, denouncing the violence and discrimination women are facing because of their gender and giving a voice to those who may have never spoken out until now….One by one, these individuals’ stories demonstrate that women everywhere are ready to stand up for themselves and for one another, ready to live their full potential.”