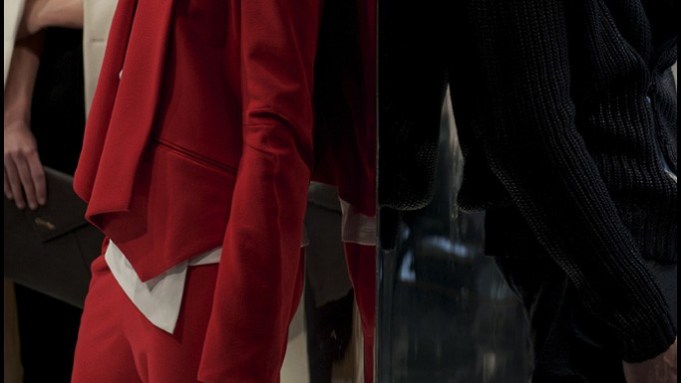 The launch strengthens Calvin Klein’s growing online presence, which got a boost during New York Fashion Week last February when the brand turned to Mustaparta to guest curate its official Twitter feed in the days around the fall Calvin Klein Collection runway show.

“We have been fine-tuning our mix of media, and increasing our financial commitment to digital,” Goldie said. “This year, our digital spend will be 23 percent of our overall budget. And this will allow us to take maximum advantage of Facebook, YouTube and Twitter, using each platform in a way that makes the most sense for our brand, while also partnering with other sites and deploying imaginative ad vehicles like site takeovers.”

Calvin Klein’s Tumblr presence aims to give viewers an editorialized perspective of the brand, which can range from visuals of current and past ad campaigns to other elements depicting its intersection with art, architecture, style and music. Mustaparta’s content will be showcased in her own category, #Hanneli, on the Tumblr blog, and she is expected to give visitors to the blog a behind-the-scenes glimpse into the brand, from new collections to CKI creative directors, models and events. CKI plans to support its Tumblr blog and Mustaparta’s contributions through its existing Facebook page and Twitter account.

Earlier in the day, a discussion at the Decoded Fashion Forum tackled the fast-growing content curation category, featuring panelists such as AhaLife chief executive officer Shauna Mei; Buyosphere ceo and co-founder Tara Hunt; Feyt co-founder Eleanor Ylvisaker, and Lyst ceo and co-founder Chris Morton, who each revealed how their respective platforms serve as a discovery medium for consumers.

According to moderator Daniel Saynt, chief creative officer of Socialyte.Co, curation used to be a “dictatorship” ruled by a select few who told everyone else what to buy and what to be interested in. Now, thanks to the above, everyone can “play” the online curation game. For example, two-month-old Feyt, billed as a “personal styling Web site that allows users to discover what they like without having to search,” was co-founded by Ylvisaker and Ferebee Bishop as a means to provide personalized styling for users. “We’re not a blog showcasing our personal style in hopes of inspiring you. We’re a blog showcasing your personal style in hopes of styling you,” Ylvisaker said, citing celebrity stylist Kate Young as one of the site’s contributors. “Our focus is shifting from search-based purchases to suggestion-based purchases, capitalizing on the commercial potential of recommending things people didn’t even know they wanted yet.”

Aliza Licht, senior vice president of global communications for Donna Karan International Inc., who mans DKNY’s Twitter feed, moderated a panel on Designers & Tech Innovation with Alice + Olivia designer Stacey Bendet, Nicole Miller and Deborah Lloyd, president and creative director of Kate Spade New York. The three designers see social media as a chance to tell their brand story, engage with the consumer and give her a voice. But Licht managed to find entertaining ways to tackle the endlessly discussed topic of social media, asking questions like, “If your brand was stuck on a desert island, what app would you take?” (Lloyd and Bendet, Instagram; Miller, Facebook “because it brings us the most sales.”) Licht also asked the panel how they deal with negative blog posts, tweets and Facebook comments, to which Lloyd and Miller respond by addressing them directly, while Bendet said she defers to her p.r. Everyone agreed that the impact of social media is undeniable. Miller can see it on her payroll. “Social media has definitely created more jobs,” she said. “It seems like we hire more people to work on that than assistant designers.”

During the “Investor Reveal: Rising Startup Stars” session, Lawrence Lenihan, founder and managing director of Firstmark Capital, noted that there is still a huge gap online as companies try to “translate the physical world” of retail to the online space. That’s one reason why he expects continued interest in the space since the intersection between fashion and technology is still in its early stages.

David B. Lerner, an angel investor and host of Venture Studio, said he would like to see more fashion brands get involved from an angel investing point of view since they have a unique expertise within fashion that sometimes investors might not understand.

Karen Griffith Gryga, ceo of FashInvest, noted that industry executive Marty Staff is in the process of forming an angel fund. She also expects to see more activity in the tech space, both as entrepreneurs seek to find solutions to fashion issues and as consumers determine how shopping online will evolve.