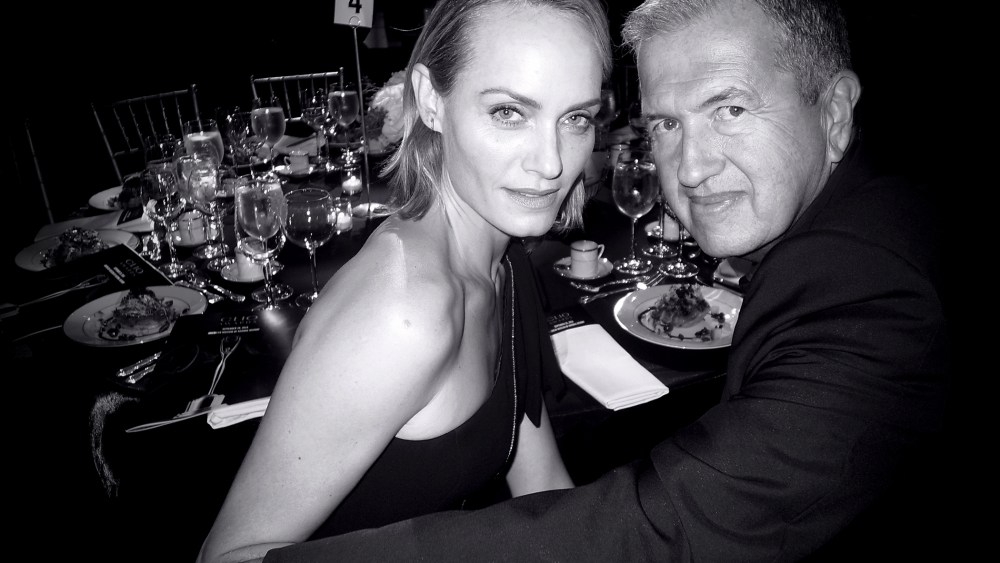 ANOTHER MOMENT FOR MARIO: There are few rooms where jokes about native advertising, social media and the impervious nature of Millennials will play well, but the Milstein Hall of Ocean Life at The American Museum of Natural History was one of those rooms Wednesday night.

That’s because the hall was filled with advertising executives, creative directors, marketers, editors and entertainers who were on hand for the 57th annual Clio Awards, the advertising industry’s version of the Oscars.

Actors and real-life husband and wife duo Megan Mullally and Nick Offerman hosted the event, and kicked it off by musing about changes in the industry.

“The cost of a Superbowl ad 30 years ago? You can luckily get a tweet out of Selena Gomez today,” Offerman deadpanned.

Soon, Steven Kolb, president and chief executive officer of the Council of Fashion Designers of America, would take to the stage to unveil a new partnership with Clio that in future will highlight the best fashion and beauty campaigns. “Some of the most visually arresting campaigns come out of the fashion industry,” Kolb said.

Mario Testino received a special lifetime achievement award for his extensive work with Condé Nast titles Vogue and Vanity Fair, as well as brands like Michael Kors, Gucci and Burberry.

A short video with cameos from Kate Moss, Kors and Anna Wintour served as a fun, well-produced introduction to Testino’s career, as did an opening speech by Vanity Fair editor Graydon Carter.

“I’ve had the great pleasure of working with Mario for almost two decades, and I will tell you that he’s as fresh, as unafraid and as talented as he was when he got into the business 40 years ago,” Carter said. “He’s both a generous friend and a generous collaborator.”

Earlier in the night, Carter touted Testino’s latest venture, a site called “Mira Mira,” which will feature his unpublished images, travel diaries and behind-the-scenes work. “I’ll get all my travel tips from him,” Carter said with a smile before addressing his own projects, which include a documentary on the late Fiat mogul and style icon Gianni Agnelli for HBO for next year.

Asked if he is working on any theatrical projects — a rumor WWD got wind of in the spring — the editor smiled and said, “Perhaps,” without providing any further details.

On the immediate horizon, though, is Carter’s editor’s letter, in which he will address the candidacy of Republican presidential nominee Donald Trump — again. The letter will be published in Vanity Fair’s November issue, which will hit newsstands in two weeks.

But back to Testino, who marveled at winning a lifetime achievement award at just 61. The photographer remarked on his career and the important relationships that impacted his work.

“I’ve worked for American Vogue for 20, 25 years. I’ve been with Anna [Wintour] from the beginning. I, of course, favor that a lot, and all the Vogues, British Vogue, French Vogue and others,” he said. “I also have this relationship with Michael Kors and Burberry. I’ve been with Burberry 16 years and Michael Kors 12 years, and it’s critical, these relationships. You don’t just take a picture. You have to live with discipline and take a longer view. I find that more exciting.”