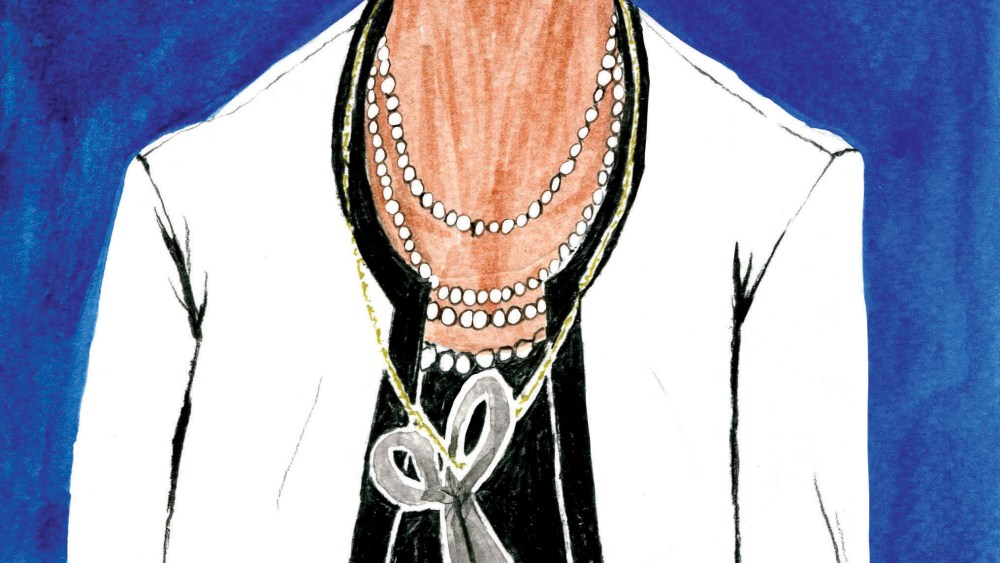 Friday’s release of the illustrated biography “Coco Chanel” falls on what would have been the late designer’s birthday.

Part of the pair’s Library of Luminaries series, the duo also have written a new book about Frida Kahlo, as well as older ones about Virginia Woolf and Jane Austen. In a phone interview from London, where Alkayat’s full-time job is commissioning lifestyle books, she said of their subjects, “We’re really interested in women whose life stories affected their work or inspiration, or directed their lives in some way. It wasn’t just about modern women or iconic women because there are so many amazing women who have done wonderful things.

The death of her mother led to more hardship for the 11-year-old Chanel. The author noted she and her siblings were “deserted by her fly-by-night father and unwelcome by her mother’s family,” and her younger brothers were given to a rural family and she and her three sisters landed in a convent orphanage. “Even as a child her experience in an orphanage kind of affected the direction she took in her life, her loves, her losses, her environment — everything about her kind of got channeled into who she was as a designer.” Alkayat said.

Approaching her subject as the journalist she was for 10 years, she plunged into research, reading “anything she could get her hands on” including Lisa Chaney’s “Coco Chanel: An Intimate Life” and Justine Picardie’s “Coco Chanel: The Legend and the Life.” She also noted two scenes in her own work are known to be reported rather than confirmed — the idea the nickname “Coco” stemmed from her singing revue standards and her traveling to the site of  her lover Boy Capel’s car accident on the day of his funeral. “I just focused on the bits that captured my imagination, made me stop and then tracked them as a line through their life.”

For the U.S. version, she said she tried to make the endings [for Chanel and Kahlo] not too tragic and to limit some of the controversy. “But it was about being accurate as well so we’re not going to hide from some of the darker elements of Coco’s life — her affair with the Nazi officer for example, and her kind of foray with drugs and lesbianism.”

Dalliances with the Duke of Westminster (better known as “Bendor”), Pablo Picasso, composer Igor Stravinsky, exiled Russian Duke Dmitri Pavlovich, poet Pierre Reverdy and others are also noted. “A demon with a fishing rod,” Chanel befriended Churchill through Bendor, often fishing and hunting together on Bendor’s Scottish estate, Alkayat said. Another affair with Hans Gunther, Baron Von Dincklage during the war led to her attempt to set up peace talks with Winston Churchill and the Germans.

Complicated as her romantic life was, Chanel’s somewhat choppy career is also detailed in the compact book. Chanel’s Hollywood run dressing movie stars, thanks to $1 million from producer Samuel Goldwyn, is referenced. The author notes how Chanel felt all her hard work had been undone by Christian Dior and Pierre Balmain, who created restrictive hourglass shapes contrary to everything Chanel had fought for. The writer notes how her 1954 return to fashion received a mixed reception but persevered with defining styles like wide trousers, straw boaters, the Breton top, the little black dress and costume jewelry. Quotes from Chanel are interspersed throughout such as “Eccentricity was dying out; I hope, what’s more, that I helped kill it off.”

Alkayat and Cosford have put the brakes on more books for the time being. “Frida Kahlo was the last one. They’re so much fun to write but the stories are quite tragic in many ways. None of the tales end very well. Nina and I both put a lot of ourselves into them. They are sweet, little gift books people kind of enjoy and so on, but the making of them is really a labor of love, and quite an intense thing.”