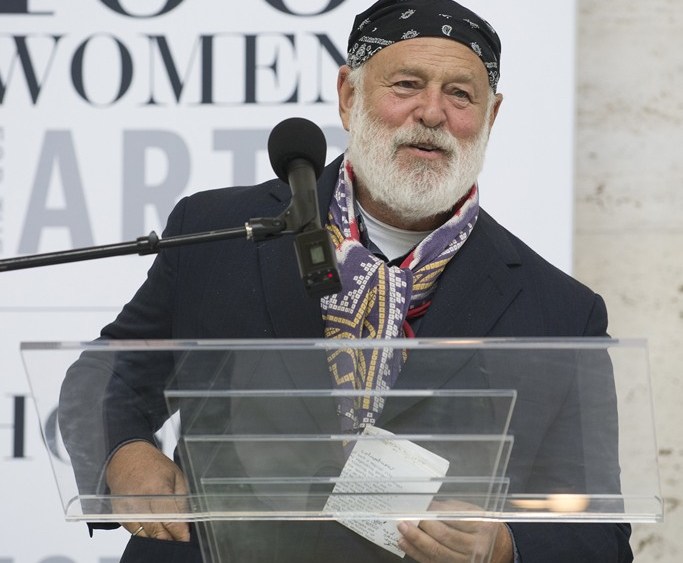 CONDÉ HITS THE MOTOR CITY: Condé Nast executives, editors and publishers took an unlikely trip to the city of Detroit to celebrate Bruce Weber’s new exhibition at the Detroit Institute of Arts.

Presented through a partnership with Condé Nast, the exhibit, called “Detroit — Bruce Weber,” chronicles the culture of Detroit and its residents through photographs. The exhibit opens to the public today and runs through Sept. 7, but on Thursday, media types got an advance look and some entertainment to boot.

Recounting how the event came to fruition, Wintour told WWD, “Just by chance Bruce and I were having lunch last year. Without prompting he said, ‘I love Detroit’ and the idea for this exhibition was born. I am thrilled the DIA [Detroit Institute of Arts] and Bruce were able to put it together so quickly. It is truly remarkable and captures the warmth and spirit of the people of this great city.”

Patti Smith, who spent most of the Eighties living in Detroit, and Vivian Pickard, president of the General Motors Foundation, represented the local constituency.

During lunch, Weber, who was clad in his classic blue bandana and scarf combo, gave brief remarks about his relationship with the city. He spoke of the first time he came to the Motor City for a shoot for W. It was there that he met someone who quoted the well-known Malcolm X adage: “If you don’t stand for something, you will fall for anything.” That has “always” stuck with him, he noted, while guests sipped on Moët rosé and dined on salmon and arugula dressed in vanilla bean vinaigrette and, later, a trio of sorbets: cantaloupe, lemon and berry.

Following the lunch, guests were given a guided tour of the museum and that evening attended a cocktail reception where Smith performed.

During cocktails, Townsend reminisced about the importance of the exhibition’s locale.

“Having spent my formative years in the suburbs of Detroit, this community is a particularly special place for me personally,” the ceo said. “It is a place that is also meaningful to Bruce, whose photographs capture so wonderfully the true spirit of this city. It is with deep pride that Condé Nast is able to play a small part in the renaissance of this great city.”