With the debut of GQ and Glamour channels on YouTube, Condé Nast Entertainment is finally off the ground. 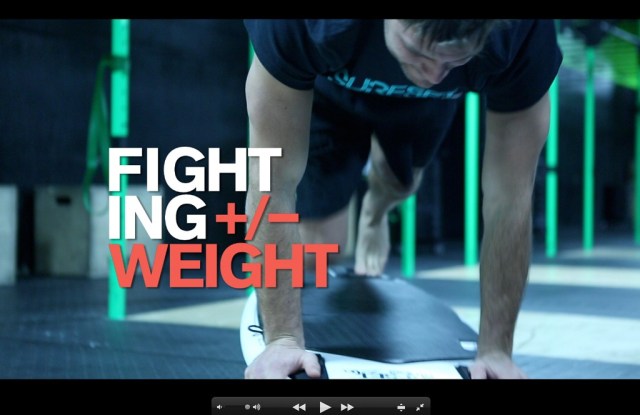 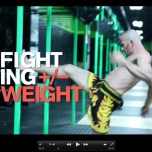 The entertainment division, created over a year ago to get a cut of any television and film adaptations inspired by company magazines, has been quietly hiring executives and optioning the occasional article for possible production — three to be exact. But it hadn’t really stretched its legs until now.

Two video digital channels, one inspired by GQ and another by Glamour, made their way to YouTube Monday night featuring a handful of original, nonscripted Webisodes each under five minutes long about health, fitness and fashion.

They are the first two pieces of a larger Condé digital video network, consisting of different original programming channels that will play out over several distribution platforms, most notably YouTube. Other brands are expected to join the fray some time this year, with Vogue and Wired likely to be first out of the gate in the next six to eight weeks; Condé already owns the URL wired.tv.

Dawn Ostroff, CNE president, said the gestation period was part and parcel of the normal development process, and, in CNE, she had to build a new entertainment production company from the ground up.

“This is a new business for our company. We had to build an infrastructure before we started,” she said. “I use this example: If you’re going to start a magazine within a television company, there are certain pieces of the puzzle you need in place. Now we have that. Now we’re in a position to go into the community and start to sell things and produce content.”

Condé first unveiled the channels at its annual publishers’ corporate retreat in Florida in late January, but they were officially introduced to the press Tuesday morning.

The video network is meant to be supported by advertisers. CNE said Procter & Gamble, Microsoft and Mondelez International are the launch sponsors, but Ostroff declined to go into specifics about the length of their commitments. Each advertiser has ad budgets dedicated to digital video that are not part of a larger group buy at Condé that includes the print magazines, Ostroff clarified. However, the video channels will also be cross-marketed in the books.

Sources said Condé has sold more than $2 million in media buys so far against the overall digital network. The three initial advertisers are interested in the potential of a Condé-branded digital network in general, said Robin Steinberg, who handles their media buys as executive vice president, director of publishing investment and activation at MediaVest. She declined to discuss financial specifics.

“We are not buying these video channels in a silo. They are one part of a much larger network being created by Condé Nast to reach and connect with targeted consumers,” she said.

Steinberg did not say if there were audience goals the channels had to reach, only that, for them, video is a win-win situation.

“No doubt, this is new territory, but with little to no risk as we know video is a highly effective engaging platform to connect with consumers,” she said.

Ostroff also did not quantify their idea of a home-run launch.

“What we’re looking at is building slow in the beginning. We’re trying to get up, work out the kinks and start to really learn about the consumer. And then, as the year goes by, get some of our data in place that we can take to advertisers,” she said.

Ostroff came from the CW network in October 2011 to help the company grow “alternative revenue streams.” Along the way, she’s made some key hires, and one of them, Fred Santarpia, formerly of digital video juggernaut Vevo, and now chief digital officer, has been developing Condé’s digital channels since he joined last June.

The channels are on a proprietary player that can distribute the shows across several platforms, including mobile and tablets. In addition to YouTube, they are integrated into the magazines’ Web sites.

Programming on the channels is inspired by each magazine and produced by both outside production companies and in-house teams. Glamour launched with several episodes in the can from four series, including “Glamour Dos and Don’ts,” a regular feature in the print magazine. GQ has a workout guide, “Fighting Weight,” and “The Ten,” where “today’s hottest ‘It’ guys count down 10 items they can’t live without,” among their four series.

Santarpia said the focus is on nonscripted and short-length episodes, though CNE is exploring the possibility of scripted though still short-form videos. Ostroff said longer episodes are also possible if based on “tent-pole” events, like the Glamour Women of the Year Awards. There’s much skepticism in private from Condé contributors reluctant to sign away the intellectual rights to their work to a new corporate division, but Ostroff confirmed it’s developing two scripts, based on Vanity Fair and GQ stories, and Warner Bros. optioned a separate, recent piece from Wired. WB optioned a Wired story about John McAfee, the founder of the antivirus company. And CNE is developing scripts based on a Vanity Fair mafia feature by William Langewiesche, and an inspirational feature in GQ by Robert Draper.