At the Abstract Conference, a new breed of digitally attuned art directors, creative directors and designers looked to the future. 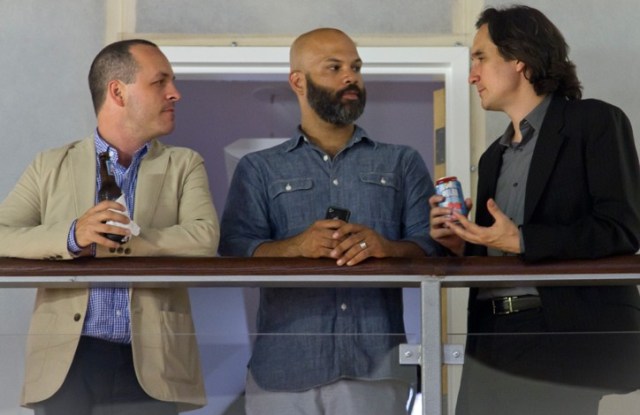 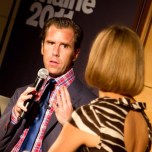 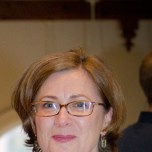 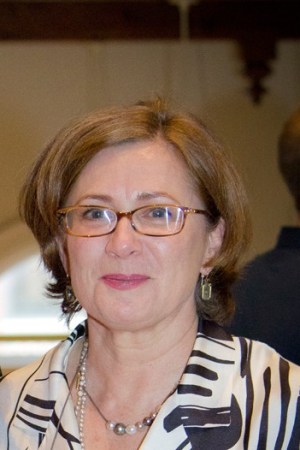 A couple of weeks ago, the magazine industry’s latest bunch of supernovas gathered in Portland, Maine — 314 miles from Broadway. It wasn’t the usual gathering of publishers clinking martini glasses or whining editors recalling 1974. This was a convening of the designers — the suppressed geniuses who have spent decades serving the demands and needs of their arrogant editors and demanding and ungrateful publishers, who, huddled behind slanted worktables spend their days and nights awaiting the return of the epoch of Alexey Brodovitch and Alexander Liberman.

But now in Portland, Maine, their day has come!

A clutch of the most brilliant designers in magazines brought their like together for The Abstract Conference, a cultural maelstrom of the new breed of digitally attuned art directors, creative directors and designers — enlightened rivals who are seeking and seem to be finally getting seats at the grown-up table — as the publishing business that once suppressed them finally seems to be turning to them for salvation.

There is a reckoning happening in publishing. With magazines tumbling through the anti-gravity chamber of the last few years, designers have stepped up as mystics in residence. They’re describing the future while everyone else is grappling with the present. They are figuring out the tablets. Along the way they’ve become more than just the artist who illustrates a writer and editor’s story on paper. They’ve become thinkers. They’re challenging the idea that editors are the brains behind the operation.

“Designers may be sensing that there is a land grab,” said Richard Turley, who has set himself apart as the designer to watch with his Bloomberg Businessweek redesign. “There’s a great worry within magazine designers that their industry is going to crumble when magazines and newspapers go out of print, at that moment when paper is no longer the medium.”

“When the iPad came along, for designers, suddenly they had a future,” Turley continued.

The jury is a long way away from figuring out if big redesigns — in the case of The New York Times Magazine, Newsweek and Bloomberg Businessweek — will save the magazine industry, but it’s definitely making designers feel more vital. And thanks to the iPad, and the heavy design work it requires to make a good app, designers are expanding their influence.

In Maine, each Abstract Conference attendee was given a bright yellow poster that fostered a cult of personality around the presenters. “Florian Dirk Scott Arem Luke & Gael Welcome you to Abstract,” it read, putting a friendly face on the first names of designers from Fast Company, Newsweek, Condé Nast, The New York Times Magazine, Pentagram and Martha Stewart Living, respectively. Beside each name there was a tiny caricature of the designer in a different pose. Arem Duplessis, the Times Magazine design director, is shown holding up a magazine cover with his right hand and pointing to it with his left, as if to say “Check out what I made.”

On June 10, the day of the conference, Newsweek creative director Dirk Barnett took the podium at a University of Southern Maine lecture hall. He was one of Tina Brown’s first hires when she took over Newsweek.

“One of my first meetings with her she was like ‘Let me be totally frank and honest with you, Newsweek is dying, it’s hurting and this is our moment to make it better, to make it survive,’” Barnett said, showing his first 12 covers on a big screen behind him. “I think for us the question is: What is our future? Do we have one?”

He broke into a big grin. “Well, in the first 40 days of the redesign, we’ve gotten 40 new advertising accounts, so there’s definitely proof that the redesign is working,” he said.

Also Yoko Ono had tweeted something — Lady Gaga’s Oprah moment — from the magazine. He took a breath. “Ah-mazing,” he said.

“Design has always been really central and there have always been well-known designers, but now it seems to be true that you’re hearing the names of designers more,” said New York editor Adam Moss. “They’re getting more ink — in some cases for good reasons: at lots of magazines, the design is really the star.”

The sudden increased visibility even has former legends of the field wishing, it seems, that they were a part of the pack. “With the iPad and the technology, they naturally have more power,” said George Lois, the legendary art director who made covers for Harold Hayes at Esquire in the Sixties and Seventies. “They can, quote unquote, get away with sh-t.”

Aside from the cockiness that has always been a part of the magazine art director ethos, designers have been positioned to capitalize on this moment since the Nineties. With the advent of Quark software and the desktop publishing revolution, designers became the most tech-savvy editorial staffers in any office. “Actually to be a designer, you have to be tech savvy,” Dadich said.

“Where we are with magazines, it all starts with the story. The designer takes the story and illustrates it with photography and illustration and good typography. It’s certainly a step-by-step process,” said Duplessis over the phone last week from his office in New York. “Whereas building an iPad app, it starts with what the design will be — how it functions, how it’s read by the consumer. All of those things are things that designers have to solve.”

“Let’s face it, the workload falls on the designers,” said Barnett.

But the workload also hasn’t started paying off yet. Magazines aren’t selling tablet subscriptions in great numbers — the future remains theoretical. “There actually is no business model yet,” Towey said about Martha Stewart Living apps. “We’re not making any money, we’re just spending money. We want to be in the future just like everyone else does.”

“There isn’t an emerging business model that’s dominant so we sort of have to try a lot of things. You really can’t say ‘We’re going to push that aside and really focus on this’ — not yet at least.” Dadich said. “We might be able to in the near future, but not yet.”

But if there’s one thing to say about the digital age, especially under the direction of a company like Apple, it’s that design has started to matter more.

“I think readers are more sensitive to design than they were — they’re certainly more literate about it,” said Moss. “A shocking number of people know the names of fonts. And they know when they’re reading a magazine, in print or some other form, that they’re getting as much of a thrill from the pictures and graphics as they are from the text.”

“The consumer has gotten more sophisticated about design,” said Susan Casey, the editor of O, The Oprah Magazine and a former art director in her own right. “I was just talking to an art director yesterday and I was saying 10 years ago there were magazines out there that were great magazines but didn’t look so hot. There really aren’t any great magazines now that don’t have their acts together.”

“Content no longer has the same meaning in the magazine business as the visual aspect,” said New York co-founder Milton Glaser. “The stories have become less significant, the authors employed are earning less money and are perhaps of a different caliber. In general magazines are looked at rather than read.”

It doesn’t come much as a surprise, then, that these designers have higher ambitions than going to an executive office or reinventing a weekly magazine.

“I would love to be an editor,” Dadich said last August, an aspiration that is still very much alive. “Definitely, yes,” said Barnett, when asked if he also aspires to be an editor. “I think you have to think like an editor in our position,” he added.

“I know that if I was at a magazine now they’d be in trouble. I’d be running the son of a bitch and hoping the editor was keeping up with me,” said Lois.

And, hey, where were those editors during the iPad revolution?

“I think in the beginning a lot of editors couldn’t be bothered with it,” said Terry McDonell, editor of Sports Illustrated and a tablet evangelist. “It was not a proven thing yet, it was still marginal in the sense that there was no immediate justification for it. It was classic research and development, and if you’re busy putting out a magazine, you don’t necessarily devote your time to that. Designers were able to make time.”

Magazines may finally have caught up with designers. Word and image have merged. Hop the freight trains, editors! These are the kind of feelings from which revolutions have been made.