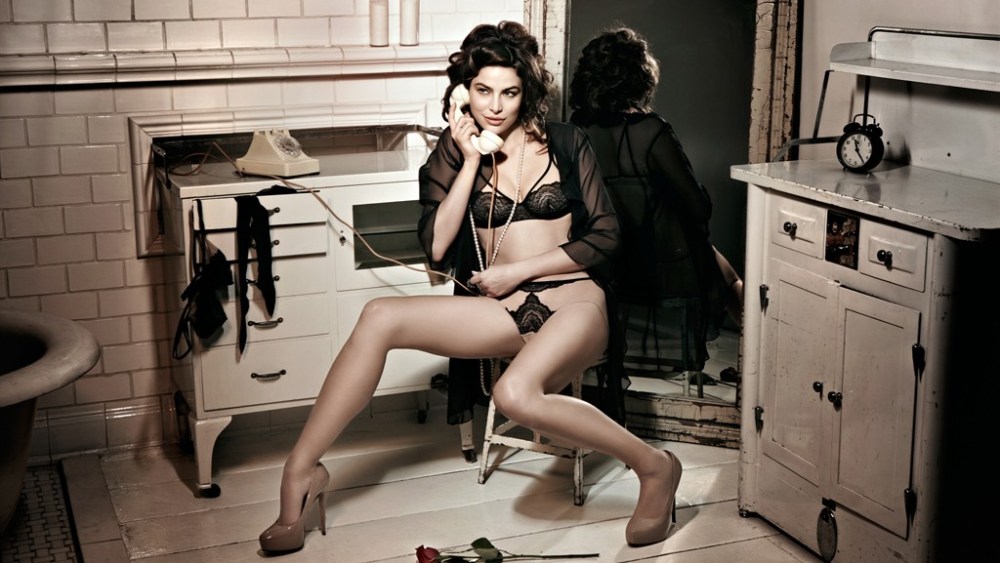 The campaign will be supported by international print and online advertising, as well as a social media initiative that will include a vignette of videos that will take viewers behind the scenes of the campaign shoot. The videos will also be displayed at Cosabella stores in New York, Atlanta and South Beach, Fla., as well as in lingerie departments at stores where Cosabella is carried. Some major stores will also be posting the videos on their e-commerce sites, said Guido Campello, vice president of marketing, branding and innovation at Cosabella.

Watch a Preview of the Ad Campaign here. >>

The campaign conjures up the glamour and sensuality of the Sixties movie classic “La Dolce Vita” by Federico Fellini, as well as sultry leading ladies of Italian cinema of the period, particularly Sophia Loren and Gina Lollobrigida. Campello described the period as a “scandalous time in Italy.”

“There was an explosion of Alfa Romeos, Lamborghinis and Ferraris, Sophia Loren really began exploding worldwide, and Fellini helped pave the way,” said Campello, an American-Italian whose parents, Ugo and Valeria Campello, founded Cosabella with Sergio Oxman in Miami in 1983.

He added that the campaign is setting the platform for more initiatives in 2013, when the company will celebrate its 30th anniversary.

Campello believes the timing is right for an ad campaign that is sexy, sophisticated and speaks to luxury.

“We went through a terrible period in fashion with the recession where it was all about price and value, and a lot of details and eccentricities that make fashion what it is were eliminated,” said Campello. “We saw an opportunity this year and thought with the presidential election we would end the year in a better way, a better place.…‘La Dolce Vita’ represents the idea of the return of a rich, luxurious feeling, of letting women return to the escape of feeling free, luxurious and sexy.”