Costume Designers Behind ‘The Borgias,’ ‘Game of Thrones’ and ‘Boardwalk Empire’

WWD chats with the designers about the devotion required to perfect the look for these popular period dramas, historical fiction and fantasy venues. 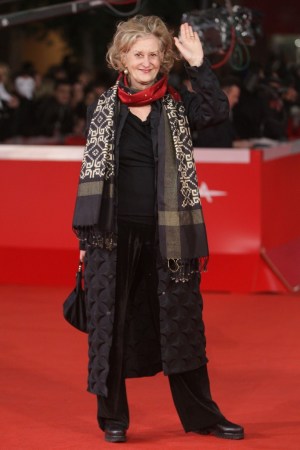 A sense of history combined with the influence of global cultures are among the key factors that create the inspiration for the costume designers behind a new breed of TV shows such as “The Borgias,” “Game of Thrones” and “Boardwalk Empire.”

Here, a chat with the designers about the devotion required to perfect the look and mood of characters in these popular period dramas, historical fiction and fantasy venues.

The costume designer for Showtime’s dynasty drama, “The Borgias,”  has also costumed a number of period drama films including “Once Upon a Time in America,” “The Age of Innocence” and “The Scarlet Letter.”

Pescucci discusses the historical backdrop of “The Borgias.”

“The time line is during Pope Alexander IV’s papacy, from 1490 to 1510. During this time, art and creativity reach one of the highest peaks of the Renaissance, all of which is tempered by wars and corruption. This sets the scenario for the Borgia family to make their connections that will lead them to the power of the papacy,” said Pescucci.

“There are painters like [Agnolo] Bronzino, [Sandro] Botticelli, [Domenico] Ghirlandaio, [Bernardino di Betto] Pinturicchio, Raffaello [Sanzio da Urbino], [Vittore] Carpaccio and [Pietro] Perugino, all of whose portraits feature noblemen with their ladies and the lifestyle of that world. That became for me the main inspiration for ‘The Borgias.’ Paintings are very important during any [historical] research process for me to get inspiration of any kind. But it’s more difficult getting the fabrics and the colors of that period because they are no longer made in the same way.…That usually pushes me to search and choose materials to see what they will look like after the aging and dyeing process that is needed to create the look and taste of the period I am aiming to re-create. And as a result, I am constantly guessing the final result,” explained Pescucci.

Regarding the undergarments worn in the series, Pescucci said, “The corsets are made from scratch.…Double canvas stitched together first, then steamed to shape them up to be finally hard-sticked (boned) in order to softly push the breasts up and frame the bosom within a gentle roundness, or sometimes, for a more squared-neck line….I understand [from the actresses] that it feels like torture, but the warmth of the body helps make it more bearable — the actresses can confirm that, but of course, it will never feel like a soft sweater.”

Pescucci added that no bras are worn with the gowns.

“Instead, the boning is sewn in to curve gently to provide room for the breasts,” she said. “Necklines are usually garnished in matching style with the skirt and the sleeves, and colored strings such as soutage with golden tips are used to tighten up the sleeves at the cuffs….Shirts [undergarment shirts for men and women] are rendered in very fine linen, all the way down to the floor, often with golden embroideries that puff out of the dress sleeves and are layered with petticoats that shape up the skirts….Nightgowns are usually made of a very delicate silky organza patterned with flowers from India that are often expensive.”

As for the men’s costumes, Pescucci described the looks as “quite sexy.”

Key pieces include “velvety tights with a co-piece — commonly known as a braghe during the Middle Ages — as well as tight leather boots and short corsets that are worn as jackets.

“The corsets shaped the men in a very sexy way,” she joked.

The costume designer for “Game of Thrones” has a number of historical and fictional TV miniseries under her belt, including “The Diary of Ann Frank,” “Sense and Sensibility” and “The Devil’s Whore.”

Clapton describes her work ethic and how she costumes diverse characters in a medieval fantasy world for the TV series, which was touted in June as the season’s most pirated series by The Hollywood Reporter.

“We really did research very widely across the world and in different climates, and because of the fantasy, we took different ideas of what we really liked, not certain periods. After that, I developed the characters,” said Clapton.

She singled out the character of Daenerys Targaryen, played by Emilia Clarke, a frail-looking beauty whose destiny is to become the Mother of Dragons.

“When we first saw Dany [Daenerys] at the beginning, she was a young girl who didn’t have any sense of herself, so we put her in loose robes. When her brother tried to sell her we gave her a sheer gown for naked elegance. Slowly, she realizes her womanhood and in expressing that we had to be very careful with the undergarments,” explained Clapton. “We use very little undergarments for her, maybe some spinal boning, and we try not to use modern underpinnings.…As much as we can we have the backs of her costumes pop open.…And we certainly don’t use corsets because Dany is very active.”

But Clapton noted that she does design deconstructed corset looks of leather, metal and fabric that are “cut and molded to Dany.”

To capture the mean-spirited nature of another character, Queen Cersei, played by Lena Headey, Clapton does use corsetry underneath long, soft kimonos, a kind of “fire and ice” approach.

“I like the idea of hard core for the interior and softly draped for the exterior,” she remarked.

When creating a gown, Clapton said she uses “boning within the dress and builds a shape and attaches the shape to the dress.”

“It’s like going back in time before there were bras.…I want to show different ways that women can be powerful and who they are, like Dany, who turns into her own person rather than being dictated to by her brother,” she noted.

Clapton described fabrics as “hugely important,” saying, “We spend so much time with fabrics. For Dany in the desert, we wove the garments ourselves. It’s the only way we could get the look that we envisioned, a mix of slightly Nomadic and African, and we used a lot of crafts that Nomadic tribes use as well, such as a precious color like blue, that is precious only to a tribe.

“We also try to do a lot of our own prints.…We painted and printed all of Qarth’s fabrics ourselves. And we sometimes spend more time breaking out a fabric than actually using it. We dip it, dye it and drag it — it’s a huge task because I want the fabrics to look like they’re dirty and smell.…And we sometimes have to make things look frosted so we paint on wax to create a look of snow.”

Dunn and Padovani give a snapshot of the Roaring Twenties.

“We made a conscious decision not to do corsets,” said Padovani. “Of course, there were still a lot of women wearing corsets in the Twenties, elastic long-line girdles down to the knee and up to the bust, but there was a softening up of wearing a cami underneath clothes….We had not been using vintage underwear, so we came up with our own undergarments like camis with no support that still keep the bosom together…We discovered that if you have a woman wearing a modern bra underneath Twenties apparel, it doesn’t look correct for the period. The right foundation is the key to the silhouette.”

“We love the lingerie of the period, which still looks gorgeous today. Lingerie in the early Twenties was just exquisite.…The more fine and delicate the undergarments, the higher the station of the woman. Underwear and lingerie were definitely important and it was a status symbol, especially layering beautiful lace and silk underwear underneath a beautiful chiffon or georgette dress so it could be seen. A woman of means would definitely have had an extensive wardrobe of underwear and lingerie,” said Dunn. “We’ve often thought we should do a line of lingerie. It would be interesting for women to be able to wear Twenties-style lingerie because you don’t need all of that molding, stretching and underwires.”

He added that while there was no color photography or films during the era, there was an abundance of color, especially in lingerie and hosiery.

“There were only black-and-white movies and photos and it all looked very gloomy. But a lot of people don’t know there was a lot of color — bold brights, prints and embellishments,” said Dunn.

Padovani said re-creating the look of vintage hosiery was a  “real challenge.”

“Hosiery was all silk and back-seamed with clocking at the foot and women would roll the top of their stockings, while some wore rolled knee-sock looks…sometimes women wore garters or preferred to roll the band down. It was all about the length of the stockings, all about the seduction,” said Padovani. “There was a lot of color and different patterns in hosiery —superbrights, hot pink, purples and stripes. And when you see how high up the decorative element is on the band, you know how high the dress hem should be.”

Dunn noted that a certain sense of eroticism gleaned from a variety of elements — ranging from Vaudeville and the Ziegfeld Follies to silent-screen vamp Theda Bara and King Tut — influenced the impact of color during that decade.

“There was a strong European and Russian influence, mythology, and Egypt with the discovery of King Tut’s tomb, and a lot of exotic clothes were coming in.…There was a huge visual impact and influence, especially with what they were doing on stage. The Ziegfeld Follies were not allowed to be naked on stage, but they did everything they could to expose every inch of the body with shiny, see-through fabrics. It wasn’t until the Thirties that people got all up in arms about sex in the movies,” Dunn said laughingly.