Cotton Incorporated is focusing on authenticity in the latest offerings in its 26-year run of the well-known “The Fabric Of Our Lives” campaign. 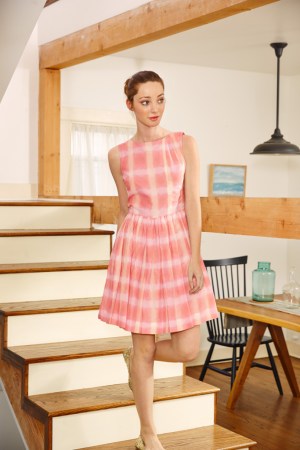 GETTING REAL: Cotton Incorporated is focusing on authenticity in the latest offerings in its 26-year run of the well-known “The Fabric Of Our Lives” campaign. Introducing the tag line “Cotton. It’s Your Favorite for a Reason,” the new ad campaign centers on individual consumers and their personal stories of why cotton apparel items are their favorites. The first commercial will launch on Monday with 15- and 30-second spots. Additional spots will be rolled out over the course of the year.

The campaign also includes a digital video series of consumer stories, some expanding on those told in the commercials, and a special cotton-focused collaboration with online retailer Rue La La and a trade print advertisement.

The new campaign is a departure from celebrity-centric commercials that the company has presented since 2009. The “favorites” campaign, produced by DDB New York, is aimed at Millennials. “Cotton apparel has always been popular with most everyone, but we may not be aware that the things we love are made with cotton,” said Ric Hendee, senior vice president of consumer marketing at Cotton Inc., the marketing arm of U.S. cotton producers and importers of cotton and cotton textile products, citing denim as an example. “This new campaign will focus on many of our favorite clothing items and point out the reasons why we love them and keep on wearing them.”

“We conducted extensive consumer research to inform this campaign, and we wanted it to reflect what consumers are saying they like and want,” said Kim Kitchings, vice president of corporate strategy and program metrics at Cotton Inc. “We learned that 69 percent of consumers say that their favorite piece of clothing is at least 60 percent cotton. This is particularly significant because it shows that even though cotton has experienced a contraction in market share, it is still something consumers want.”