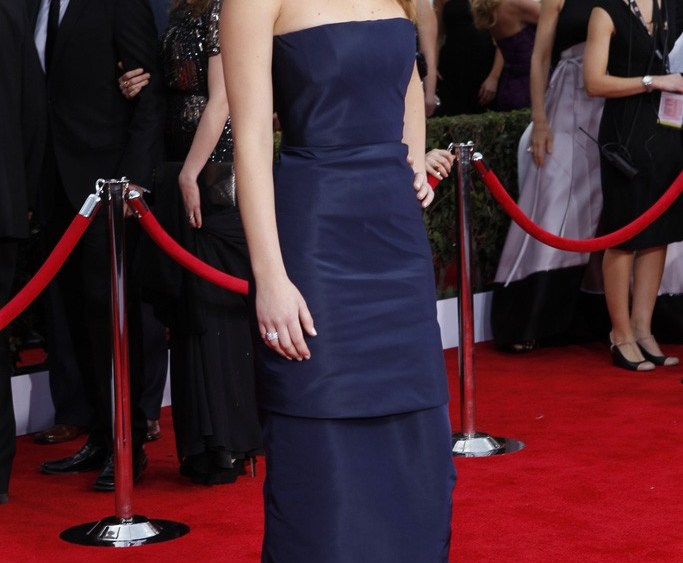 COVER SET: The all-important September issues will close business in a few days, but the covers, at least for most of the magazines, have been in the bag for some time. For fall, fashion titles are banking on reliable bestsellers with all-American sex appeal and relatability, and TV starlets — and almost everyone is playing catch-up with those celebrities who have already done the other cover rounds.

Those starlets who failed to generate excitement at the newsstand in the past seem to have fallen out of favor — Taylor Swift, for one.

Jennifer Lawrence, most recently seen in October in W, November in Vogue U.K. and February in Vanity Fair, scored her first cover of Vogue, shot by Mario Testino. And all it took was winning an Academy Award.

Kate Upton, twice a Sports Illustrated swimsuit issue cover girl, has finally become a fashion glossy staple. After appearing on GQ in July and Cosmopolitan in November, Vogue at last deemed her worthy of its June cover, and now Carter Smith has shot the full-figured model for the cover of Elle.

Jennifer Aniston is on the cover of Glamour shot by newcomer Alexei Hay. Aniston is a regular presence at the checkout line, but there’s a reason for that — she sells. Last year, she was InStyle’s bestseller.

Two young actresses who are starting to land more magazine covers are Rooney Mara of “The Girl With the Dragon Tattoo” and Lily Collins, most recently of Julia Roberts’ flop “Mirror, Mirror.” Mara, Vogue’s February cover girl, was shot by David Sims for T: The New York Times Style Magazine, while Collins, recently on Glamour’s July cover, will be looking out from Seventeen’s September one.

Television stars, hugely successful at the newsstand last year, are again everywhere. Marie Claire is returning to an old standby, Zooey Deschanel of “New Girl,” who was its second-best seller of 2012. The piece promises a monumental meeting between the ditzy starlet and George Gurley, the former New York Observer nightlife columnist.

Cosmopolitan is still hot for vampires — the magazine cast Nina Dobrev of the television show “Vampire Diaries.” The young cast of “Twilight,” the other popular vampire series, was unmissable on the newsstand last year.

Lucky is counting on Blake Lively to work some magic on its newsstand sales — the former “Gossip Girl” actress was one of Elle’s third-biggest sellers last year, and Kristen Bell of Showtime’s “House of Lies” was styled by reality TV personality Brad Goreski for Redbook.

Two magazines with unexpected cover girls are Allure and Town & Country. Allure cast Jennifer Garner, who’s been missing from the newsstands for a little more than a year, and Town & Country put on the cover a couple of heiresses, Lauren Bush Lauren and Claire Courtin-Clarins, for a feature focused on philanthropy.