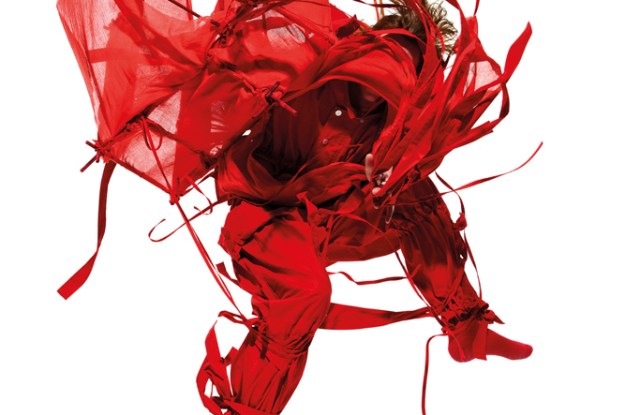 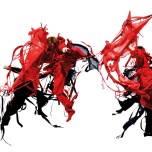 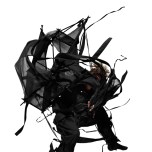 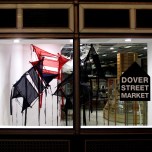 The images feature models jumping in mid-air and carrying kitelike structures, which echo the strips of material that stream from Green’s creations. Knight also shot a film for the campaign, which is live on his ShowStudio.com site, with the models jumping and colliding in slow motion. Green said the campaign expresses the “energy” of his fall collection.

The campaign will run in print titles later this year and Dover Street Market in London has launched an installation in its window to celebrate the collaboration. The tableau spotlights the red-and-black flags from the film, which hang suspended from the store’s ceiling.