J. Crew Thinks Outside the Box… Kisses and Hugs From Jane Pratt… 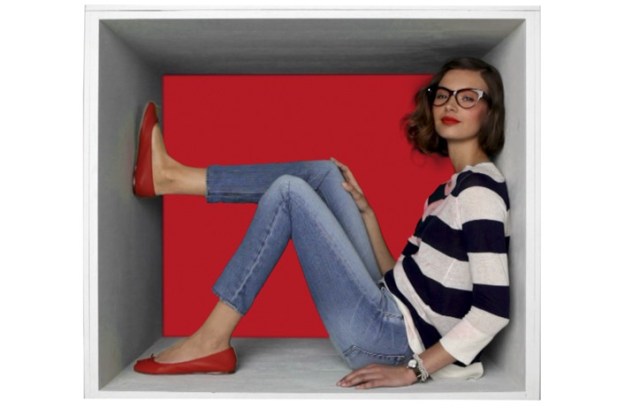 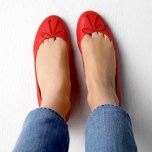 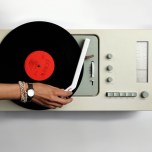 DANCING FEET: J. Crew doesn’t like to be boxed in. While most online advertising is designed for a specific location on a Web site — a box or banner is typical — the retailer didn’t allow the medium to dictate the message. When J. Crew developed an online advertising campaign to celebrate its ballet flats, it used the box but created movement within it. The campaign, which launched today, begins with a hand reaching over an old-fashioned turntable and placing the arm on a vinyl album. A bright indie pop song by Jenny O., “Well OK Honey,” begins, as a white box with the J. Crew logo opens to reveal a cutie inside wearing jeans, a striped sweater and big glasses, tapping to the beat in her poppy ballet shoe-clad feet. “We felt the advertising should be interactive,” said Margot Fooshee, senior vice president of marketing at J. Crew. “[The campaign] would never translate to print. It was strictly developed and conceptualized with the intent of being an online campaign only. We wanted to show up in a way that’s fun and new and different. While we still believe in print advertising as a vehicle, we also think online is a vehicle that can be dynamic in a different way. We’re covering more sites and getting more exposure than in the past.”

The campaign will be seen on nytimes.com, nymag.com, elle.com, Style.com and glamour.com. J. Crew collaborated with Partners & Spade, Andy Spade and Anthony Sperduti’s studio that works on advertising, design and branding projects. Randall Poster of Search Party (“Boys Don’t Cry,” “The Royal Tenenbaums”) supervised the music for the three-part campaign, which runs consecutively though May 26. A different artist will be featured each week: Sallie Ford and the Sound Outside for week two, and Au Revoir Simone for week three. Songs were commissioned from both for the campaign.

KISSES AND HUGS FROM JANE: With the launch of Jane Pratt’s new Web site for women one week away, the former Sassy and Jane magazine editor has called an audible. When the site launches on May 16, it will be called “xoJane.com,” not “JanePratt.com,” as originally planned. Pratt said the new name — pronounced “ex-oh Jane dot com,” a spokeswoman confirmed — is “warmer” and more in tune with the “spirit of the site.”

The original name was met with sighs and groans when details of the launch were reported in March. “I read that it was going to be called JanePratt.com, which I immediately rolled my eyes at because I don’t think she’s a brand name anymore,” said Jezebel founding editor Anna Holmes at the time. “I think branding it Jane Pratt is going to be her biggest challenge,” added Jezebel editor in chief Jessica Coen.

Pratt has also made additional hires over the last month, tapping Christina Kelly, a deputy at both Sassy and Jane and the editor in chief of ELLEgirl, as an “official contributor.” Laia Garcia, who runs the blog Geometric Sleep, has also joined on as Pratt’s lead fashion blogger. Eric Nicholson, former Jane fashion editor and onetime “America’s Next Top Model” judge, is coming on board as the site’s fashion director at large. After Jane folded, Nicholson was a senior fashion editor at Marie Claire, until he was dismissed by editor in chief Joanna Coles after telling Pratt on her Sirius radio show that Hearst was “definitely bigger and different — I wouldn’t say better” than their Fairchild title.

A spokeswoman for Pratt said that she will continue to add staff this week and after the launch. Not counting interns or Pratt herself, the site is launching with two full-time staffers, managing editor Emily McCombs and beauty editor Cat Marnell.