As pressure to see a return on investment mounts, customer data will become a key differentiator between those that succeed and those that don’t. 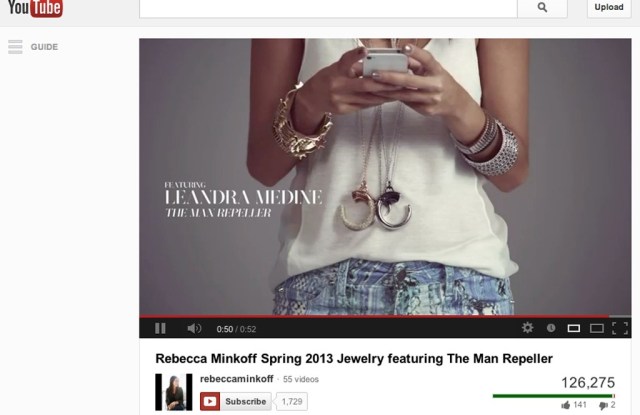 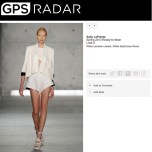 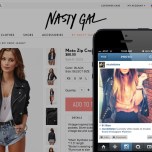 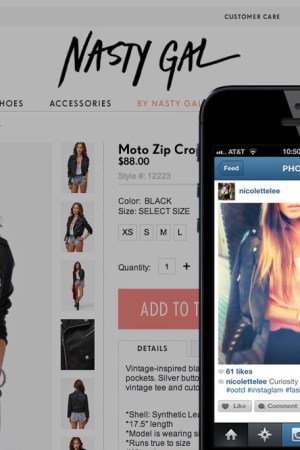 Web sites need to have more than just a pretty interface.

Until now, much of a brand’s or retailer’s digital presence was based on aesthetics and how their digital flagship or Facebook page looked. But as pressure to see a return on investment mounts, customer data will become a key differentiator between those that succeed and those that don’t.

Brands like Kate Spade, Rebecca Minkoff, Tory Burch, Coach, Burberry and Sephora excel in the space because of the attention paid to science as well as art. Now, a slew of solutions and new sites — Fashion GPS, Olapic and Fohr Card among them — are available to help more brands track facts and figures.

Maureen Mullen, director of research and advisory for New York University think tank Luxury Lab, or L2, in December told WWD that the use of data will “make or break” a business in the next five to 10 years, particularly the use of data in a multichannel environment.

“You’re going to start seeing titles like ‘data scientist’ emerge in organizations, and quickly those people will become some of the most important in terms of driving customer value,” Mullen said, drawing a comparison to 2010 when the “hottest job” across retail and luxury was a social media manager.

From a data perspective, she declared that Amazon is the prime example of an e-tailer seamlessly capturing this information online.

Amazon is “obsessive” about its data and statistic-gathering functionalities, and for Mullen, it’s interesting that the National Retail Federation rates Amazon.com as having the best service — despite the fact that it possesses none of the traditional notions of customer service.

“There’s not a big live chat box and there aren’t 1-800 numbers all over. They target every aspect of the shopping experience specific to customer preferences and then operationally fulfill that with two-day delivery,” Mullen said.

Kate Spade’s vice president of e-commerce, Johanna Murphy, also cites Amazon (and Nordstrom) as setting the bar for how all brands in the industry should work, especially from an operational standpoint and what customers expect. Working collaboratively with the creative side, Kate Spade spends much time studying and analyzing consumer behavior. For example, Murphy pointed out that “science wins” when it comes to e-mail subject lines — noting that a specific type of message or wording will generate the most traffic back to the Web site, and subsequently more transactions.

This spring, when Kate Spade rolls out a series of redesigned Web sites for all of its brands — Kate Spade New York, Jack Spade and the new Kate Spade Saturday — an overhaul of the back end will be just as important as how the sites look. Attention was paid to the consumer and how to better the shopping experience for them online, as well as implement enhanced inventory management systems.

Rebecca Minkoff’s eight-year-old brand credits the Internet for its rapid growth, and data have been integral to the brand’s overall strategy from the beginning, according to chief executive officer Uri Minkoff. He said the company — almost from the start — has maintained dashboards to monitor how it is doing online, as well as about 10 to 15 other brands and personalities it tracks.

Minkoff also pointed to Amazon — noting that the e-tail giant is acknowledging the importance of balancing science and art as it gears up to open its first fashion-focused studio in Williamsburg, in Brooklyn, later this year, to be entirely dedicated to Amazon Fashion’s entities on amazon.com, Shopbop and MyHabit.

Rebecca Minkoff employs a part-time chief digital architect who Minkoff said is “strictly math, data and science.” The ceo will come up with the creative ideas and the digital architect is the one who determines if it’s performing or not.

“He’s the one who will tell us what ranking the social channels have in directing traffic to our site and taking it to the next step — and how do we then quantify that to purchases. You have the traffic, but what is the quality of that traffic? Then we have to run the numbers to see which of the channels drives the most sales and which customers drive the most sales,” Minkoff said.

Engagements, comments and “likes” are closely monitored — and Minkoff now counts about three to four subjects that always garner a strong response from an engagement perspective.

“Our customer has different needs throughout the day and we’ve come to understand what those needs are that are going to inspire her and going to engage with her. Depending on platform, some of it is for engagement and others are for sales,” Minkoff explained.

Instagram generates the most value in terms of engagement, but as for sales on rebeccaminkoff.com, Minkoff said Facebook is the main driver, mostly because there is no way as of now to drive users from Instagram to one’s site.

“For actual sales numbers, Facebook provides the best value of sales, but Instagram has done the best from a brand awareness and how that’s impacted the brand with retail. Once you can embed links on Instagram, it will take this to another level,” Minkoff said, adding that Rebecca Minkoff has also started to partake in Facebook advertising in the past three months. Because the competition started to advertise, the brand realized that even though they have high engagement with fans, advertising becomes “somewhat of a necessity.”

He detailed a recent digital collaboration with Leandra Medine of the Man Repeller that tied in with the push of the brand’s new jewelry category. A YouTube video featuring the blogger has garnered more than 126,000 views since going live Jan. 9, and coupled with cross-pollination on all the brand’s social media channels (as well as third-party sites that shared the content), January became the biggest nonholiday e-commerce month saleswise in the company’s history. January jewelry sales specifically have increased by 250 percent over sales from November and December combined.

Several solutions and sites, including the recently launched verified blogger directory Fohr Card, were founded to assist in the data-gathering process within the fashion and beauty industries.

Olapic is an 18-month-old technology solution that bridges the gap between content generated via social platforms and the e-commerce experience. According to Olapic cofounder Jose de Cabo, his team — now at 23 and expected to triple by year’s end — started working with publications like people.com, The Daily News and Mashable in June 2011, and in August 2012, launched its first e-commerce and fashion client, Free People. The company counts Lululemon and Nasty Gal as clients, and each has implemented the solution’s technology into their respective digital flagships.

Olapic takes the content shared by fans on Instagram, for example, curates these images and links them to the actual product pages that contain the items featured in the photo. On nastygal.com’s homepage, there is a bar along the bottom featuring all of the Instagram images containing the hashtag #nastygal (approved by the site). A simple search on Instagram for images with the #nastygal tag will elicit almost 35,000 images — and de Cabo explained that this is the first time a link exists between shared comment and a direct point of purchase on an e-commerce cite. All images are shoppable, and if a user clicks on an item, she is directed to a product page where, at the bottom, a bar with images of users who have this same item in their photos are featured.

Olapic is already seeing a cost to conversion that is increasing by up to 5 percent on an e-commerce site’s overall conversion. For users that interact with a photograph, the average conversion is two to three times higher, and the average time spent on the site is more than double the average user, clocking in at about 17 minutes.

Fashion GPS, the arbiter of digital fashion week invites, will unveil a new feature next month targeted at the B2B sector.

The beta version of Fashion GPS Radar Pro (an official launch is expected in September) will start delivering data points in real time with what is actually happening at the show, according to Fashion GPS founder and ceo Eddie Mullon.

A few seasons ago, the company began testing how fast the platform could get images to its mobile platforms in preparation for the release of Fashion GPS Radar Pro. In February, brands that wish to partner with the tool can expect Fashion GPS to have images up within 10 minutes of the models walking down the runway. For nonpartners, images will be up within about two hours. For the first time, users can request samples (as early as 10 minutes after they appear on the runway), as well as social share images and retrieve data on what’s happening with respect to social sharing.

“Let’s say you have look one and it’s being requested 400 times. [Now] you know that you have to produce that. As soon as there is an action, it gives you a dashboard of what you need to do to react to that and what to focus on,” Mullon said.

Fashion GPS Styles, a destination where brands and clients can upload their content and press and buyers can have access to the content, is also being further developed to include superior data tracking of the images and will see a relaunch later this year. If a buyer wants to make an appointment with a showroom that works with several brands, they can request an appointment (it’s not an open platform) and get access to view the library digitally, Mullon said.