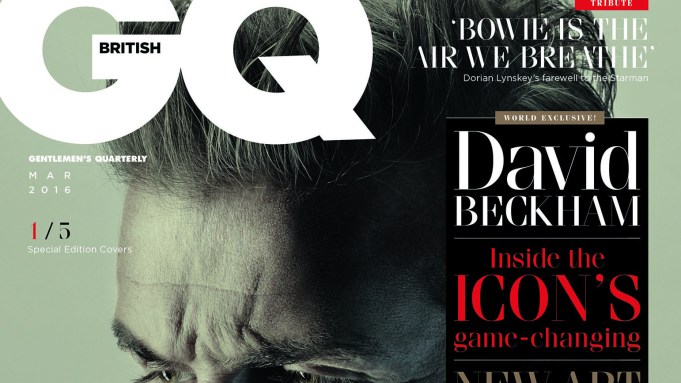 “David Beckham really has a golden aura about him these days, a star quality burnished by a dedication to self-improvement, a savvy series of brand endorsements and the not inconsiderable fact that the public as a whole appear to have taken him to their hearts,” said British GQ editor Dylan Jones. “As for this special issue, when we saw the scale of the project at Phillips and the wealth of images being auctioned….We couldn’t wait to get involved.”

Beckham has also been making fashion moves with an exclusive, five-year agreement with Kent & Curwen.