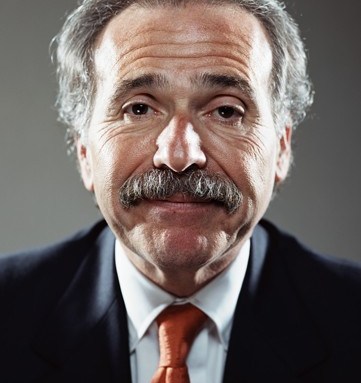 Anthrax. Bankruptcy. Scandal. One of those alone would be enough to ruin the career of any media honcho.

The chairman, chief executive officer — and perennial cheerleader — of American Media Inc. has survived all of those and more in his 12 years at the company notorious for its tabloids (Star, the National Enquirer); fitness magazines (Shape and Flex), and Web sites (Radar). And now, only 32 days after exiting a bankruptcy that saw investors lose millions, the charismatic, brash Pecker says he has $50 million in free cash flow and he’s primed for acquisitions.

Before you laugh, remember that Pecker was one of two bidders left in the chase for Newsweek — eventually losing out to Sidney Harman, who bought it for $1 and the assumption of debt.

It’s perhaps only one sign that a ceo who seems to have more staying power than those perennial “Martians in Brooklyn” headlines, is again on the upswing. AMI has new revenue streams (it manages Playboy’s advertising, circulation and distribution, and Pecker is making more deals with similar-size magazines) and digital growth. The company is making $3 million a year in digital, thanks to advertising and custom digital magazines. “Are the other competitors doing that yet?” Pecker wondered. “I don’t think so.”

A smooth-talking salesman who has never let go of his trademark Tom Selleck mustache, Pecker runs a lean, entrepreneurial-style business that at times has employees doing the work of three to four people (a model in this newly lean era of publishing that other firms are rapidly adopting).

“We don’t have a huge reporting structure or levels of management,” Pecker said in an interview at AMI’s cramped offices on 33rd and Park Avenue in Manhattan (although it soon will be moving to 4 New York Plaza downtown, where the rent is presumably even cheaper). “We encourage accountability and aggressive reporting, and if you make a mistake, that’s OK.”

Those who work with Pecker say this is true, but add that his word is the first and last at meetings, and colleagues aren’t encouraged to disagree with his opinions. “There’s a lot of autonomy. If you succeed, you get credit; if you fail, it can get ugly,” noted one source.

Case in point: Pecker put tremendous trust in Enquirer executive editor Barry Levine. Levine spent nine months reporting on the Teflon-coated presidential candidate John Edwards, who the Enquirer reported had an extended affair with Rielle Hunter, a filmmaker who covered his campaign. AMI’s chief invested a solid “six-figures,” with reporting teams all over the country, even as the mainstream media wouldn’t touch the story and dismissed it. But the Enquirer was right, and Levine was heralded. The result was, for a moment, national recognition, respectability for the supermarket tabloid and a chance at a Pulitzer Prize (the stars weren’t that out of alignment — it didn’t win). “We were recognized at the highest level, and it meant a lot,” said Pecker.

He said this is the kind of story he would have put in Newsweek had he acquired it, although he is David Pecker, so would have covered it in a different way. Last summer, the newsweekly considered two offers, one from AMI and the other from Harman. “We didn’t get it [Newsweek] because we wanted to move the magazine to Boca,” said Pecker. “Also, they didn’t like being associated with the National Enquirer. But it would have added something to the magazine. They could have put a spin on politics, entertainment, business, made it more tongue-in-cheek.”

And maybe been able to spread the costs. Harman, of course, is now in the midst of doing a deal with Barry Diller and Tina Brown to combine Newsweek with The Daily Beast — a combination of two money-losing properties with the hope they can become profitable.

Pecker still has his eye on a few print prospects, revealing he’d love to acquire Maxim at some point. “It would be the perfect complement to what we already do,” he said.

Which, in addition to AMI’s tabloids, now involves Playboy. A year ago, Playboy’s ceo, Scott Flanders, asked Pecker to run that title’s advertising, circulation and distribution operations. Pecker’s company sells ads for the magazine, playboy.com and thesmokingjacket.com. “We have 35 proposals out and expect to announce two more magazines, the size of Playboy, in mid-February,” he said.

AMI was up 9.3 percent in ad pages for the second half of 2010, according to the Publishers Information Bureau (the company has 15 magazines and gossip Web site Radar). The firm isn’t part of the Next Issue Consortium looking at digital platforms (AMI wasn’t invited to participate), but he said it makes no difference. This year, he’s adding e-commerce stores for Muscle & Fitness, Flex and Men’s Fitness, and later on will introduce online stores for Shape and Fit Pregnancy.

Always the booster, Pecker is all smiles and presents a charming pitch for his company. But some inside the halls of AMI aren’t buying it. They insist morale has taken a hit since the bankruptcy and wonder why management wasn’t more forthright about the mandatory three-day furloughs that followed. Three people were also fired from the Los Angeles bureau, and some employees were riled by the big payments AMI’s shareholders approved for top executives, post bankruptcy.

“There hasn’t been a revolt or anything near what’s been out there,” Pecker insisted.

Last week, Gawker solicited comment on morale and received several letters from editors praising Pecker. He maintains that he never asked his editors to do this.

“I really don’t understand where it comes from,” said Shape editor in chief, Tara Kraft, who has been with the company since 2003. “This is the longest time I’ve ever spent at one corporation. When I was just a beauty director at Star, he would have lunch with me and ask what I wanted to do next. I don’t think that would happen at another company.”

Star’s editor in chief, Candace Trunzo, seemed to agree. “He’s very accessible, and if you want a decision from him, he will make it very quickly. He’s tough, but he’s totally loyal.”

Then there was the flip side: several former employees contacted by WWD declined to comment, some expressing fear of repercussions.

Not that any of it fazes Pecker. At 59 years old, he has outlasted almost every other media ceo on the scene when he took over at AMI in 1999. And he doesn’t appear to be going anywhere soon.

“I’m the chairman of the tabloids,” he said. “You giveth and taketh. Believe me, I understand that.”