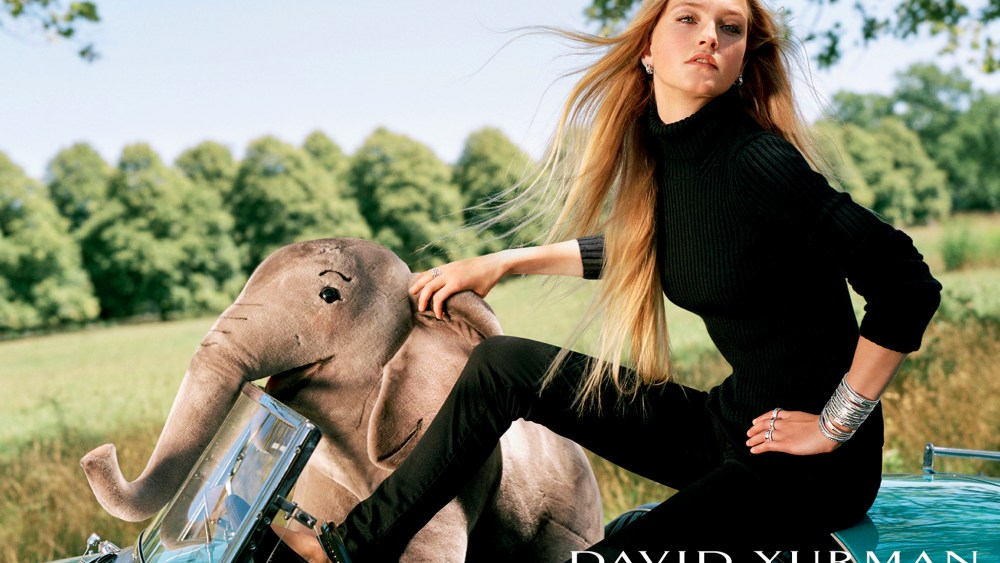 David Yurman has initiated a change of face. The brand has been moving away from its signature black-and-white campaign imagery by Peter Lindbergh toward vivid color. Following last fall’s color ads by Mert & Marcus, Yurman is now working for the first time with Bruce Weber, the who shot the firm’s ads for the fall/holiday season.

The images, set to appear online and in print this month, will feature models Natalia Vodianova, Jean Campbell, Dilone, Mitchell Slaggert and others.

Still photos will be accompanied by a series of six short films, also shot by Weber. The films are to be screened in cinemas nationwide, during pre-movie advertisements.

“This campaign gives our story continuity and keeps it fresh by bringing in color, personality and light. We always try to create imagery that captures the beauty in everyday moments of life, and this campaign shares those exceptional moments,” said cofounder Sybil Yurman.

“Sometimes in fashion you do a sitting and it’s like a mixed martial arts event,” said Weber. “But working for David and Sybil Yurman was an exploration into knowing how beautiful jewelry dictates who a person is. I like their openness and their trust, which is rare.”

Forte said the short films “are a nod to vintage home movies that capture the essence of the family portrait.”