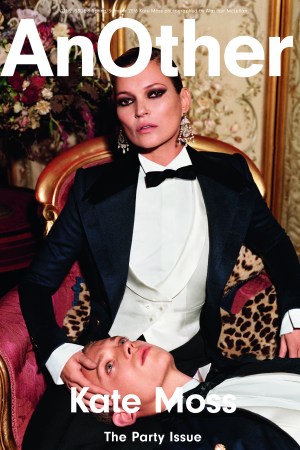 PARTY TIME: AnOther Magazine is to celebrate its 15-year anniversary with a party-themed spring 2016 issue. The 516-page issue will hit newsstands Friday, one day before the start of London Fashion Week.

Highlights of the spring 2016 issue include a 30-page profile of Karl Lagerfeld by the title’s newly appointed editor in chief Susannah Frankel. Other features include a 32-page literature section guest-edited and illustrated by Grimes, a party soundtrack by Frederic Sanchez, canapé recipes by Corrado Calza and cocktail ones from Chiltern Firehouse.

In addition, the magazine will include a showcase of key moments in the life of the publication, bespoke birthday cakes, a master class in present wrapping and a guide to creating the ultimate party bag. The Web site will also launch a cover hub featuring 15 years worth of covers online.

“The editorials are inspirational, aspirational, intelligent, beautiful and often funny…” Frankel said. “Above all, the cultural reach is both broad and surprising — offering up Another point of view.”