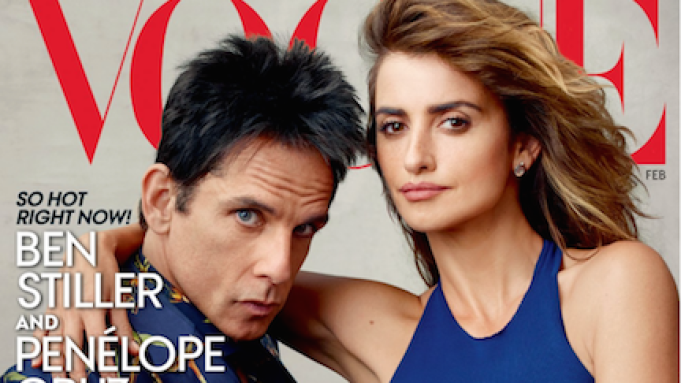 Known as “the greatest male model of his generation,”  Zoolander and Hansel (Owen Wilson) walked the Valentino runway in trenchcoats during last March’s Paris Fashion Week as a teaser for the upcoming flick.

Besides Wilson and Cruz, Zoolander is also joined in the movie by Will Ferrell and Kristen Wiig.

In Vogue’s bi-weekly podcast, André Leon Talley will interview Goodman about the “Zoolander 2” fashion shoot and clothes, as well as special guest Stiller. It will air Monday at 9 a.m. on iTunes and vogue.com/podcast.