Style is as close as your bookcase, and there's a shelfful of new releases this spring. 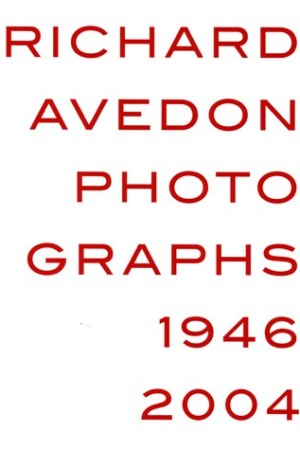 Style is as close as your bookcase, and there’s a shelfful of new releases this spring.

Richard Avedon: Photographs 1946-2004
The Louisiana Museum of Art has published the first retrospective book since the photographer’s death four years ago. The tome gathers together some of his most iconic images and many of the workers and drifters from the In the American West series. There also are street performers in postwar Paris, Harlem vignettes from the Forties and personalities as diverse as Truman Capote and Björk.

Sorry, Out of Gas
The year 1973 is when the U.S. learned exactly how dependent it is on foreign oil. Put together by the Canadian Centre for Architecture, Sorry, Out of Gas analyzes the impact of the oil crisis on architecture and design—from underground utopias to board games with names like Energy Quest and Petrol.

Rock ’n’ Roll 39-59
The birth of rock ’n’ roll is tied to the invention of the electric guitar and Elvis, but this book traces the bloodlines of rock back to 1939 and the movements in black music. Rock ’n’ Roll 39-59 (Fondation Cartier) not only re-creates the spirit of the time with archival images and ephemera, but also recalls those early years through the work of photographers such as Bruce Davidson, Eve Arnold and Wayne Miller.

Jean Prouvé
Two powerhouse galleries—Patrick Seguin and Sonnabend—got together to publish the ultimate resource on the seminal French architect and designer. One volume is a retrospective on Prouvé, and the other positions him as one of the most important modernist designers whose work has influenced everyone from Donald Judd to Marc Newson.

Casa del Sole
Carlo Mollino pursued his passions with the fervor of a fetishist, and his interest in skiing led to a fascination with the fashion, architecture and society of that world. The publisher Casa Mollino has committed to releasing facsimiles from Mollino’s library, and this volume focuses on the modernist ski chalet Casa del Sole in Cevinia, Italy, that Mollino designed in 1947.

Dressing the Home
Dressing the Home (Abrams) looks inside the abodes of more than 20 fashion designers, including Christian Louboutin, Catherine Malandrino, Patrick Cox, Betsey Johnson, and Diane von Furstenberg, as well as Domenico Dolce and Stefano Gabbana, who wrote the foreword. The book proves that some of the fashion world’s biggest talents have also created some of the most intriguing interiors.

Ecal
The Ecole Cantonale d’Art de Lausanne is at the top of the international game in graphic art, photography and, especially, industrial design and key players, such as Paola Antonelli, Stephen Shore, Rolf Fehlbaum, Paolo Roversi, Ronan Bouroullec and Fernando and Humberto Company, have contributed to its success. In this yearbook, JRP/Ringier has documented the evolution of ECAL from a regional
school into an internationally renowned design institution.

Estate 1-127
Peter Saville is one of the most influential graphic designers of the Eighties and Nineties. Estate 1-127 (JRP Ringier) is more than a catalogue of his work—it is the first retrospective book that is also designed by him.