Fashion brands are sticking to the tried and true digital initiatives this fashion week. 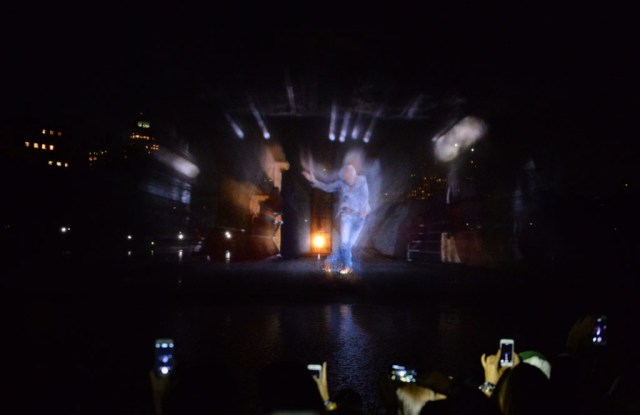 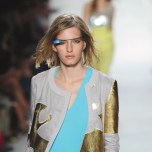 Been there, done that.

Fashion is looking for the next big thing in digital — but this week is shaping up to be more of the same as brands forgo just chasing buzz to focus on social media programs that drive conversion and bring a return on investment.

Face it, there aren’t that many new bells and whistles out there. Most of the digital initiatives this fashion week are in keeping with previous efforts to reach the masses online, and the big platforms are sticking to the tried and true.

Just look at the #FashionFlock program that Twitter kicked off last week. The platform has 50 influencers — designers, bloggers and celebrities from Marc Jacobs to Nina Garcia — tweeting the goings-on of fashion week to the wider world. It’s essentially the same thing the microblogging platform did in September, except that Mophie is now an official partner and the program includes twice as many participants.

“Each fashion week we’re seeing more and more activity on Twitter, and it’s gotten to the point where if you’re not participating in the conversation, you’re missing out,” said Rachel Dodes, head of fashion partnerships at Twitter. “It’s not just about being on Twitter anymore — it’s about how you’re tweeting.”

Where there has been some innovation, it has been more incremental, building on past practices.

Tommy Hilfiger, for instance, will take the live tweet a step further at its show this morning. The brand is going to tweet out one 30th anniversary look from its forthcoming collection and users can add additional graphics and text using Twitter’s Mirror technology. While the technology hasn’t been used in this way before, the real newness is that the brand is letting followers see its fashions before showgoers.

Instagram doesn’t have any over-arching fashion week initiatives. The Facebook-owned image and video sharing platform said brands, designers and media are hiring hundreds of their own Instagrammers.

Kristen Joy Watts, Instagram community lead for fashion, said “the next big thing” in digital is happening right now and doesn’t rely on one flashy initiative.
“We’re seeing it with people creating stories at fashion shows,” Watts said, noting that the creative community on Instagram, especially in New York, has become a lot more sophisticated. “We’re all familiar with the obligatory runway photo, [but] the expectation is that you will have people telling digital stories at your shows, presentations or events.”

Brands argue that this is all just a signal that digital is maturing. Implementing digital programs is no longer novel or newsworthy — it just comes with the territory. Just as brands buy print ads as a matter of course in their businesses, they also dress and encourage online influencers to share socially from the front row.

Melisa Goldie, chief marketing officer at Calvin Klein, said it’s a good thing that digital is no longer a novelty. For Goldie, standing out online is less about livestreaming and more about content creation.

For the past few seasons Calvin Klein has sought to get its brand message out globally by working with influencers such as Brazil’s Helena Bordon, Hong Kong-based stylist Tina Leung and recent L.A. transplant by way of Milan, Chiara Ferragni. This has worked well in terms of building global resonance and delivering a brand experience with varying points of view, but Calvin Klein is also seeking a return on its digital investments.

“Retailers are social media entities in their own right,” Goldie said. “Now retailers are important image partners for us. How can we take into account what stores have online and available now, and also cover what’s going down the runway? You can have millions and millions of eyeballs, but if there’s no real conversation it’s nothing but a bunch of eyeballs.”

This season, the brand is giving retailers the blogger treatment and partners such as Net-a-porter, MyTheresa and Opening Ceremony will be sharing from the front row.

“Whether it’s the Justin Bieber campaign or the fashion shows, we really want to show that we are getting a return on our investment that is beyond just brand awareness and buzz. That is the next phase of digital,” Goldie said. “Robust digital programs balance the overall brand experience, which can include print, but digital gives us a greater opportunity to measure and quantify the return.”

Ralph Lauren’s men’s Purple Label and men’s and women’s Polo presentation last Thursday garnered 165 million impressions in the 24 hours following the event, the result of celebrities and bloggers like Cody Simpson, Ciara, Emma Roberts, Bella Hadid, Tyson Beckford, Hanneli Mustaparta, Bryan Grey-Yambao and Shea Marie attending and socially sharing everything from a breakfast at Ralph’s Coffee to the collection presentation to a dinner that evening at The Polo Bar.

“It’s exciting to see everybody looking for the next best thing, but it’s unfeasible to think that every season there will be something groundbreaking that is applicable to your brand,” David Lauren, executive vice president of global advertising, marketing and communications at Ralph Lauren, told WWD.

This is becoming the normal cycle: There are a few seasons of fast innovation, then the fashion world seems to pause to consolidate the innovations and determine which ones drive a return on investment — and then on to the next wave.

Ralph Lauren put on a lavish, four-dimensional cinematic event for the launch of its women’s Polo collection in September that was part video and part water show. Content was projected onto a screen of water shooting up into the air, and the spectacle has garnered two billion impressions to date.

This season, though, the brand’s social efforts are a bit more subdued. Lauren is confident that the bevy of bloggers, publishers and online personalities who attended the presentation for the new Polo collections will generate chatter on their social channels and add a level of buzz among the younger, downtown demographic that the line is targeting.

Even the brands that have helped lead the digital marketing charge are having to think outside the box to come up with something new.

Uri Minkoff, chief executive officer of Rebecca Minkoff, said, “There are four or five key platforms that have emerged [and] you can’t really do anything more with them. [So] on the one hand there isn’t any advance.”

On the other hand, he said there were “fascinating new companies in technology that are doing emerging things” — like Jaunt, a company whose proprietary 360-degree, stereoscopic 3-D cameras and 3-D sound-field microphones allow brands to create immersive virtual-reality experiences. The idea came from a Paul McCartney concert that was recorded by Jaunt for virtual-reality devices, where viewers could choose to be in close proximity to McCartney or watch as a member of the audience.

The Minkoff brand partnered with GoPro to livestream its show Friday, but it also employed virtual-reality technology — two cameras with three dozen separate lenses filming the show — to create a true virtual-reality experience that will be released in a few months’ time. Minkoff, who said that virtual reality as a buzzword is still six to 12 months out, believes this method of filming will be able to extend the show experience and depict the runway in a manner that a traditional livestream never could. Come spring, the show will be available to watch through Jaunt’s app on Google Play (for Android phones), on Samsung’s Gear VR, Oculus Rift, and on the Google Cardboard platform for iOS.

So maybe next year’s buzzword will be all about “VR” and the whole cycle will start again.