Eighty percent of the top 15 beauty brand collaborations for the first half of the year were co-ventures with influencers — not celebrities. 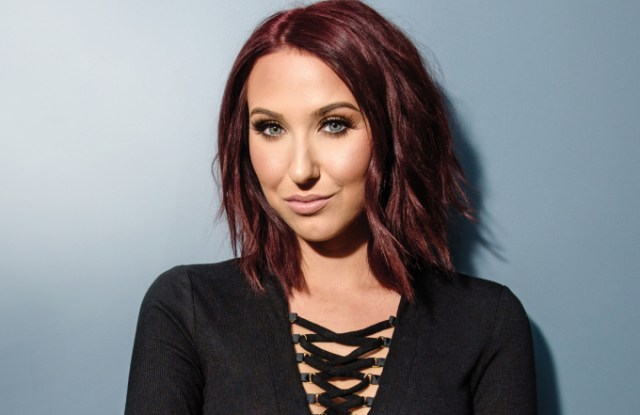 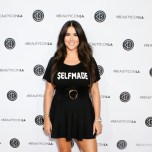 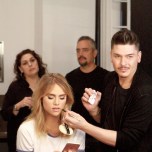 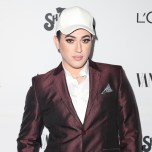 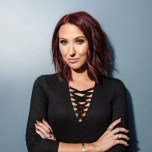 Are celebrities worth it?

That’s the question many brands are asking themselves about their investment in “star” faces and ambassadors as influencers gain more and more recognition — and sometimes followings as large or larger than celebrities.

Leading brands continue to look to Hollywood for the faces of their campaigns — take Emma Stone and Selena Gomez, who inked deals with Louis Vuitton and Puma, respectively, during fashion month — but many are trying to figure out whether they’re getting the right return on investment on a celebrity versus an influencer. Especially when there are statistics that overwhelmingly support the power of influencers.

According to Tribe Dynamics, 80 percent of the top 15 beauty brand collaborations for the first half of the year were co-ventures with influencers. Only three, or 20 percent, were collaborations with celebrities, including Besides Jessie J’s Make Up For Ever partnership, which saw $6.1 million in earned media value, Chrissy Teigen’s Becca palette with $10.7 million in EMV and Kim Kardashian’s KKW by Kylie Cosmetics lipstick with $5.9 million in EMV.

Jaclyn Hill and Manny Gutierrez each appeared twice on the list, including Hill’s Morphe and Becca partnerships that came in second and fifth place with $12.2 million and $10.7 million in EMVs, respectively. Gutierrez’s collaborations with Jeffree Star Cosmetics and Ofra ranked third and 15th, with $12 million and $4 million in EMVs, respectively. Anastasia Beverly Hills and Nicole Guerriero nabbed the top spot on the list, garnering $25 million in earned media value. Rounding out the top five was Shay Mitchell for Smashbox with $11.5 million in EMV.

A source who works in the beauty industry said a statistic presented at a private NPD Group event earlier this year crystallized why brands are rushing to work with influencers. Reportedly, a collaboration between Anastasia Beverly Hills and Makeup by Mario’s Mario Dedivanovic generated four times the revenue of Gwen Stefani’s Urban Decay x Gwen Stefani Eyeshadow Palette. WWD was unable to obtain the dollar amounts driven by these collaborations, but an NPD spokeswoman was able to confirm that “certain influencer collaborations have generated more in sales than the more traditional celebrity collaborations.”

The numbers aren’t limited to beauty, though.

Fashion players, definitely slower than their beauty counterparts to embrace the influencer minefield, are seeing meaningful ROI from their influencer partners, too.

For instance, Something Navy’s Arielle Charnas’ apparel and accessories line exclusive to Nordstrom, Something Navy x Treasure & Bond, was said to have done more than $1 million in sales in less than 24 hours after launching on nordstrom.com in late September. Other known converters routinely drive hundreds of thousands of dollars in sales to the e-commerce destinations they link to in their blogs or Instagram stories. This, too, includes Nordstrom, which is lauded industry-wide for the robust affiliate sales generated by content creators, especially surrounding its annual Anniversary Sale.

While only a few, it’s examples like these that are sending brands scrambling to find and partner with the right influencers — which leaves celebrities as ambassadors an increasingly less desirable option. It raises the question: why would leading fashion and beauty players tap an A-lister to front a campaign when partnering with an influencer can yield, in some cases, millions in sales in a single day? And for a fraction of the cost?

A beauty firm can get a superinfluencer to be the face of their brand for $500,000. A celebrity could cost millions.

“People are putting their jobs on the line when they’re advocating for these really large celebrity partnerships. They cost a lot of money and I think the reality is is that they haven’t worked out as well as hoped, particularly the past couple of years. It’s a sensitive issue,” said Conor Begley, cofounder of Tribe Dynamics.

Coincidentally, all but one of the brands contacted for this story declined to comment. Face it: Mention of influencers outperforming celebrities could offend past or current celebrity partners and could potentially hurt future deals or renewals. Organizations can’t take that risk.

Begley blamed the demise of celebrity endorsements on declining consumer confidence in the Hollywood set, which by and large has been fueled by social media.

Today, because of Instagram and Snapchat people have insights into celebrities’ lives that they previously had no access to. This could lead to an enormous amount of followers, but it’s a different audience than that of an influencer, especially one with a specific focus or area of expertise.

“Celebrities have huge audiences and you certainly want them to be a fan of your brand, but for the most part people follow to know more about their lives and their general lifestyles. When they’re following someone they perceive as an expert in that field, be it fashion or beauty, they’re following them because they are intensely interested in that topic and they will more than likely have a disproportionate impact offline to their friends,” Begley explained.

He drew a comparison between someone following Kim Kardashian, who might just want to see what the reality star is up to with kids North and Saint, and someone who follows leading beauty vlogger NikkieTutorials (real name: Nikkie de Jager). For the latter, Begley pointed out, it’s a person who’s inherently interested in beauty who is more likely to purchase the products featured in one of de Jager’s videos.

“Historically you could take a celebrity with great hair as the face of your hair-care line and it would sell really, really well — versus now. If you look at Kendall Jenner and the Estée Edit and think about why that didn’t work.…The primary reason it didn’t work is because she openly said she doesn’t like makeup. She told them [followers] repeatedly she’s not into cosmetics,” Begley said. “Even more so than being on or off-brand, there are elements of authenticity. The fact that she never talked about them, number one, and [number two] I think there’s this expertise now that’s becoming more important. They’re [influencers] often specialized in makeup. People go to them for that information.”

Begley cited another example, or the “complete opposite” scenario: Jaclyn Hill and Becca Cosmetics. He said the brand was doing little in the way of making headlines before the influencer caused a spike in the company’s sales — and buzz online — from mentioning it on her YouTube channel.

“Whether it’s saving the brand or not, she certainly made the brand,” Begley added.

But for many, using content creators to move product doesn’t matter. Teaming with a celebrity is an awareness play — not a numbers one — which is the way marketing has always worked. It’s nearly impossible to track ROI on a print or TV ad, yet every large company continues to play in the traditional marketing space.

It just depends on what your objective is.

A similar dialogue is occurring in the blogosphere, where a clear-cut influencer divide has emerged. The industry now makes a distinction between influencers who convert, or converters, and ones who raise brand awareness. And neither trumps the other. Some brands just want to align with a superinfluencer for the sheer sake of image, even if they don’t do much in the way of lifting sales, and that’s A-OK.

Chiara Ferragni and her 10.7 million Instagram followers is a prime example. As an influencer who’s achieved celebrity status, her selling power has come into question by brands — yet it still hasn’t stopped any of the luxury fashion houses from clamoring to work with the 30-year-old. What’s happening is that people are just starting to follow superinfluencers like Ferragni for the same reasons they follow any other celebrity: to get updates on her pregnancy (she revealed in late October that she was five months pregnant), see what city she and fiancé Italian rapper Fedez might be traveling to, or what designer gown she’s wearing to a gala.

Mark Lodwick, global director of TRESemmé, maintained that although celebrities have “done some great things” and been successful in generating mass engagement in the past, the brand has never been very celebrity-driven in the U.S.

He cited a partnership with Chrissy Teigen last year that launched a reverse wash system for achieving volume, Beautiful Volume. According to Lodwick, because the brand was asking women to change the existing behavior that they’ve done for decades — using a pre-wash conditioner before shampooing — Teigen was an effective way to “break through” quickly.

“It was a good way to break through really quickly, and in a mass way say, ‘Hey, there’s something for you, check it out.’ But that’s a very tactical thing we’re glad we did, but celebrity doesn’t offer the same thing our influencers do, which is a much closer relationship with our consumers. We think about trying to drive authenticity and relevance, the closer you get to the consumer’s friends and families the better,” Lodwick said.

He declined to reveal sales amounts driven by specific influencer activations, but said there is “definitely” a sales lift.

He noted that, depending on the scenario, TRESemmé uses different influencers for various things, from ones with millions of followers to microinfluencers.

“With a celebrity you might have a contractual obligation, [and] there’s a time and a place for that. But the relationship with the influencer is different, and in a lot of ways the influencers have become the celebrities,” Lodwick said. “They have a built-in following, and it comes from their voice. It’s obviously something the consumer already wants and desires, so when it comes through her [the influencer], it’s immediately credible and valuable to that consumer, versus the brand beating its chest.”