No longer antagonists, the online and offline camps are joining forces. 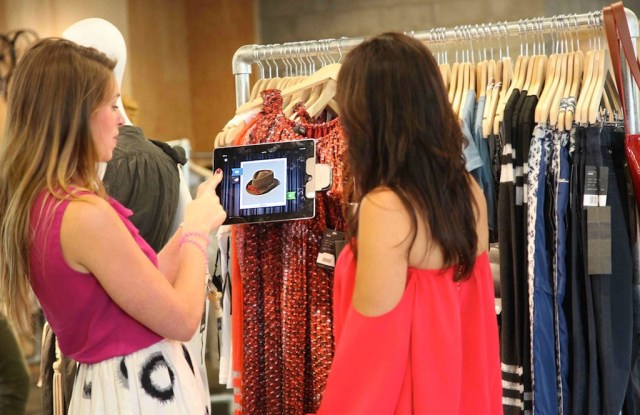 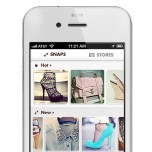 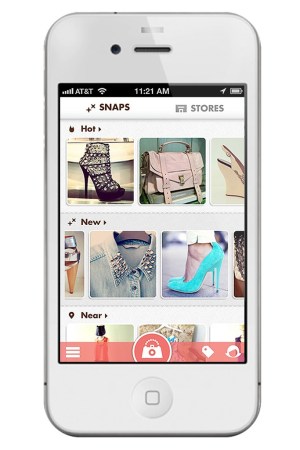 NEW YORK — No longer antagonists, the online and offline camps are joining forces.

For the first time since the fashion industry’s (initially tepid) adoption of everything digital a few years ago — from e-commerce, to mobile, to social platforms such as Facebook, Twitter, Instagram, Tumblr and Pinterest — the focus is on getting consumers back into the stores.

Digital is central to the equation — as the extensive reach and power of online has the capacity to give consumers immediate information and the extra push they might need to make their way into brick-and-mortar shops.

Forrester Research predicts that, by 2016, more than half of the dollars spent in domestic retail will be influenced by the Internet — and it’s the brands and retailers who adopt the most cohesive cross-channel strategies that will excel both on and offline, according to a Cross Channel Retail Forecast released earlier this month. Forrester’s research estimates that, by 2016, the volume of sales occurring in physical stores as a result of Web research will reach $1.67 billion — or 52 percent of total retail sales.

For 2011, that number was $978 million and, for Forrester analyst Sucharita Mulpuru, illustrates that the effects of “showrooming” have been “blown out of proportion.” Translation: While e-commerce transactions garner much attention (and will continue to do so), online shopping will only help — and not eclipse — in-store sales.

“The reality is that the vast majority of sales are still offline and that’s where most impulse purchasing happens, in the physical store,” Mulpuru said. “But at the same time, more consumers have their mobile phones in hand so retailers who recognize that and take advantage of the phone as an information conduit to direct people to the right stores, or to find what they’re looking for at any moment in time, will be better served to succeed.”

She believes that retailers must bring the two channels together to amplify sales in the long run, which is the goal for LightSpeed, Snapette, the “SAP In-Store Product Lookup” mobile app and a soon-to-be-launched closed network intended for use by luxury retailers created by King & Partners.

On June 12, WWD reported that Montreal-based retail management software company LightSpeed received $30 million in funding from Accel Partners, which also invested in Facebook and Groupon, and today the company revealed an exclusive partnership with the Nordstrom Inc.-owned Treasure & Bond.

“We want to bring elements from the e-commerce experience to the store with a human touch, which e-commerce can’t compete with. It gives the store a leg up in terms of what they can offer. This update to our iPad product adds a whole layer of cross-selling tools,” said Dax Dasilva, LightSpeed’s chief executive officer.

Treasure & Bond is the first retailer to experiment with the software company’s tools, designed to help complete a transaction, a “show and tell” feature and a “related items” section that pops up when a sales associate is interacting with a consumer to show corresponding items that might be located in a different part of the store. There is also a way to browse by category.

“To browse supplemental items like accessories and jewelry with a customer when they are trying on apparel is key. This way they [sales associates] can grab the things they know you [the consumer] like best to finish the look,” Treasure & Bond general manager Paige Boggs said. “Being able to work throughout the store in a more robust mobile capacity is really such a luxury.”

And although Treasure & Bond’s parent company is a major retailer, Mulpuru contends that solutions such as LightSpeed allow smaller boutiques (such as SoHo’s Saturdays Surf) to have “endless aisle capabilities” in store. “[It] seems like a no-brainer to me,” she said.

Today will also see the official launch of Snapette, an iPhone and iPad app that’s been in beta mode since last August that helps users find apparel and accessories in local stores by reaching customers that are already out and shopping. It’s received $1.5 million in funding to date. The site is concentrated in New York City, but founders Sarah Paiji and Jinhee Kim plan to service different cities with participating brands and retailers like Los Angeles, San Francisco, Boston, Tokyo and London.

Consumers can use Snapette to locate an article of clothing through browsing images of what’s carried in local stores, and retailers can use the app to keep nearby shoppers updated on new deliveries, sales and in-store events — all in real-time and based on location. Users can also see what items are trending locally and globally, as well as share photos and comments with friends and other “Snapettes” on the app and other social platforms such as Facebook, Twitter and Tumblr.

“For the stores, we really hope that this is a great mechanism to actively drive foot traffic. We’re hoping that stores will see a bump in sales and be more targeted in who they send their promotions, too. Stores like these are so reliant on foot traffic,” Paiji told WWD. For example, Steven Alan can send out a notification to any users close to the store or tailor the message and notify followers on the app or users who have liked products from the brand.

“E-commerce is growing but offline is still 90 percent of sales,” she added, revealing that the app began as a crowdsourcing product. Now, 60 percent of the content is user generated, with the remaining 40 percent created by retailers and brands.

A corresponding Web site at snapette.com will also go live today, featuring the same content as the app.

Last month, SAP announced the release of several new apps that are targeted to connect businesses and consumers, the “SAP In-Store Product Lookup” app being the most relevant to the retail industry (the SAP Store currently offers more than 70 apps from SAP and its partners).

Like LightSpeed, this mobile platform works to improve the consumer shopping experience, and employees can check on availability of items in real-time, locate product at other locations and take immediate action to correct out-of-stock and overstock situations.

Meanwhile, Tony King, founder of full-service digital agency King & Partners, has worked with his team to develop a yet-to-be-named luxury VIP network concept that is specifically targeted to the high-end consumer.

“Luxury brands are challenged because traditional social media is a great way to engage with their aspirational customer. But what about their customer?” King said of the force behind creating this software. “The luxury consumer isn’t all that interested in social gaming and other marketing tactics that can drive engagement and that typically work for a ‘normal’ audience.”

Unlike the competition, King’s is a closed network, because luxury brands by nature justify higher prices by providing “added value” to the consumer. In keeping up with the digital age, this means a closed app that connects luxury brands, sales associates and the customer that gives the shopping experience a personalized and exclusive feeling.

The software, available in September, will operate on a monthly licensing basis for brands that wish to participate. Retailers can tailor the app by adding their logos and products, and sales associates can engage and connect with clients by sending them images of new items from their favorite brands. Consumers can be at home and receive messages about new products that are tailored to them.

King points out that customers who download the app will have the ability to follow various brands, with recommendations from multiple resources living in one place. The app also connects to e-commerce, so when users add an item to their wish list on the app, the same item will appear on the brand’s Web site when they log in. This feature also transcends the in-store experience — and items placed on the app’s wish list can be made ready in the dressing room for the customer to try on in the store.

King also worked with Scottish company Mobile Acuity to develop the recently launched image recognition technology that looks to phase out QR codes. While it serves the same purpose as a QR code, the tool can make any logo, type, photograph or image link to a piece of content. In the same way that one puts his or her smartphone on top of a QR code, consumers can do the same with this tool because it recognizes what’s been tagged.

King, who believes this technology helps add a level of data to products in-store, said that if a customer is in the shoe department and they want more information on a pair of heels, they can just roll their phone over the shoes and the software will recognize the shape of the product. From there, the tool might bring up a YouTube video about how the footwear was made, and then the customer can share, tweet or even directly purchase the pair of shoes.

He added: “The brands have really been focused on their digital presence the past two years, and it’s time to run back to brick-and-mortar, make it smart and really give smart tools to sales associates to focus on the real physical store, which will then connect back to the digital flagship.”