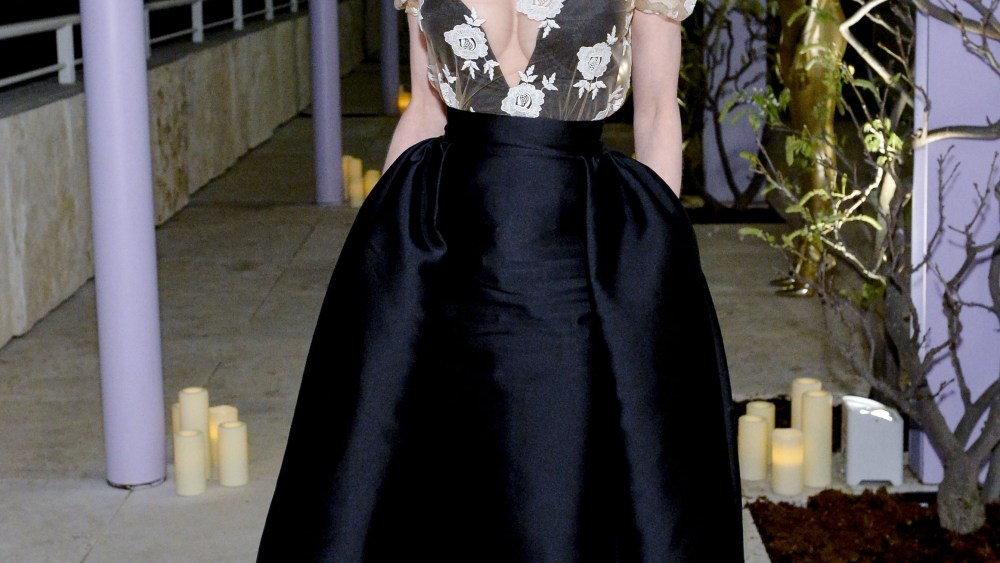 The California luxury monthly devoted a fashion feature to the retail center, including a futuristic fashion shoot shot on location by Christian Anwander and styled by fashion director Alison Edmond.

While the Getty Center restaurant didn’t allow real candles, the faux tapers added a warm glow to the all-white room, which was decorated with red flowers by White Lilac. Guests also took turns posing with the alien-costumed models and practicing their best robot moves for Instagram.

The evening was also the celebration of new appointments at the magazine; with the retirement of president and publisher Lesley Campoy, Smith Hale takes on the additional role of chief executive officer of C Publishing, and editor Jenny Murray has been promoted to president in addition to continuing as editor. Andy Nelson will continue to be chief financial officer while taking on the additional role of chief operating officer and Renee Marcello was named publisher.