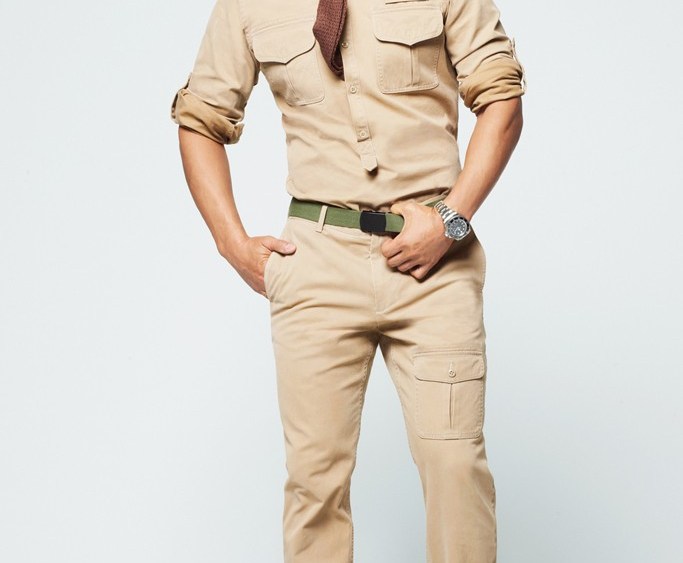 Dockers will begin selling a series of designer collaborations next month with the six finalists from the GQ Best New Designers in America showcase, which was held this past February. The participating labels are T by Alexander Wang, which won the competition; Michael Bastian; Patrik Ervell; Warriors of Radness; Riviera Club, and Miller’s Oath.

Each brand created its own take on the khaki, as well as a corresponding top. Beginning Sept. 8, the collection will be available at nine Bloomingdale’s locations in the U.S., the Bloomingdale’s in Dubai and on bloomingdales.com. Most of the khaki designs will retail for $200, with T-shirts starting at $75.

In October, the designs will also become available on dockers.com in the U.S., the U.K. and France. GQ will give a first look at the entire collection in its September issue, on newsstands Aug. 23.

“We basically deconstructed the classic khaki pants by playing with the seams to make it new,” said Alexander Wang in GQ, of his army green design. Patrick Ervell added four pin tucks that suggest pleats and creates volume at the top of the pant while the leg is tapered.

Michael Bastian added a cargo pocket to the front of one leg on his version. “I was inspired by a photo of my two uncles from World War II,” said Bastian. “They wore all khaki, all tucked in.”

Doug Conklyn, senior vice president of global design at Dockers, noted, “We started with the same essential khaki cloth and through wash, finish and cut, worked with each of the designers to create six truly unique khaki propositions.”