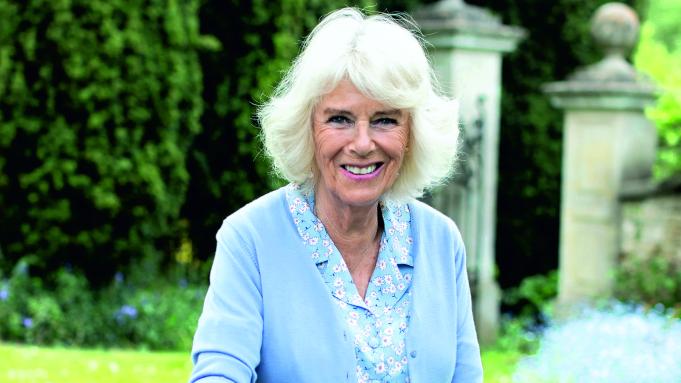 LONDON — The future Queen Consort of the U.K. is now a cover girl.

Camilla, the Duchess of Cornwall, has guest edited Country Life’s 125th anniversary issue, as well as appearing on the cover to mark her 75th birthday later this month.

She commissioned her daughter-in-law, the Duchess of Cambridge, to photograph her at home in Wiltshire, Raymill.

The property was purchased by Camilla after her divorce from her first husband, Andrew Parker Bowles, in 1996 and remained as her permanent residence until 2003, when she moved in with Prince Charles at Clarence House, their London residence.

Camilla follows in the footsteps of Prince Charles and Anne, Princess Royal, who have both guest edited Country Life.

Charles was on the cover of the November 2013 issue to honor his 65th birthday. Anne first featured the magazine’s cover in 1971, shot by Norman Parkinson to celebrate her 21st birthday, and returned to the publication in 2020.

Kate Middleton shot three images for the cover, but the final decision was made by the Duchess of Cornwall — a portrait of her sitting in the garden holding a basket of flowers in a light bluebell blue-and-white floral dress and a cardigan.

Middleton is a patron of the Royal Photographic Society and often releases family pictures she’s taken to commemorate her children’s birthdays.

The 244-page issue celebrates Camilla’s passion for the countryside, including horses, dogs and favorite recipes.

“We are thrilled to have our guest editor captured so magnificently by royal photographer The Duchess of Cambridge,” said Mark Hedges, editor of Country Life.

Camilla was also featured in British Vogue’s July issue, where she opened up about her life in the limelight and dealing with public scrutiny after the divorce of Charles and Diana, Princess of Wales.

As the British royal family enters a new era, the changes are subtly on the way to shape the monarchy for a new generation.