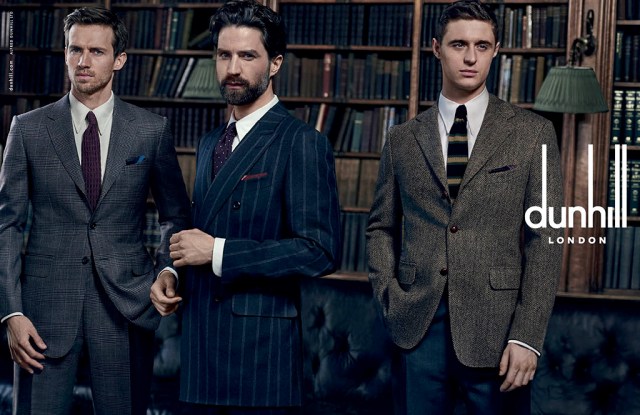 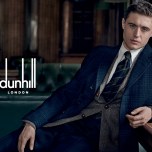 CLUBBABLE TYPES: Dunhill has called on Peter Lindbergh for the first time to shoot the brand’s fall campaign, which breaks Wednesday in titles including the August issue of British GQ.

The mood is similar to that of the fall runway show, with young men dressed in clothing inspired by their fathers and grandfathers, and by late Fifties and early Sixties British bohemians, Soho denizens and men such as Francis Bacon, Richard Burton and John Osborne.

“The clubs of St James’s and Pall Mall have always been the epitome of the high civilization which produced them,” said creative director John Ray, describing the exclusive spaces as both luxurious and timeless in atmosphere, and their members as a mix of “highly conventional people and wildly eccentric ones.”

The brand has also filmed a one-minute behind-the-scenes campaign video on dunhill.com, and on YouTube from Wednesday.