Eighteen months after Rogers took the helm of Johnson Publishing Co., the publisher’s flagship property is showing signs of a turnaround. 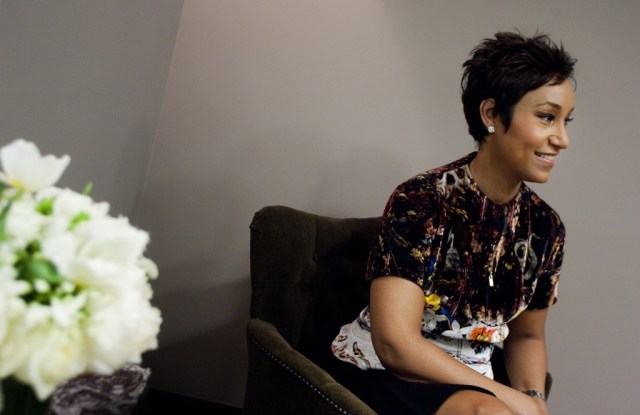 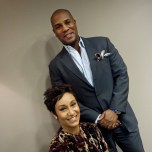 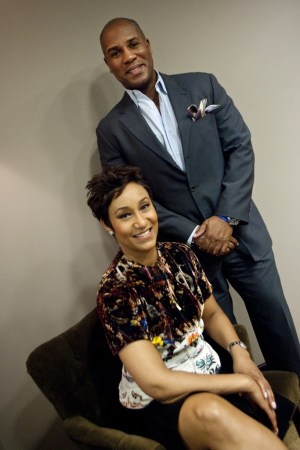 Eighteen months ago, not long after leaving the White House, Desirée Rogers had a big problem on her hands. She had just been appointed chief executive officer of the Chicago-based Johnson Publishing Co., and the publisher’s flagship property, Ebony magazine, was in deep distress. Ebony had missed its rate base repeatedly over the previous eight years; ad pages plunged a jaw-dropping 39 percent the previous year, and she had a magazine that was teetering on the brink.

“I found a group of executives who lost their way a little bit,” said Rogers, who added that things had gotten a “bit stale.”

This story first appeared in the January 18, 2012 issue of WWD. Subscribe Today.

Rogers had to go about dramatically retooling the place. She needed a new publisher and brought in former OK publisher Stephen Barr, who went ahead and “dismantled the ad sales team in place,” she said. Rogers hired an outside firm to fix the circulation problem.

“You can’t make it up!” said Rogers, referring to the rate-base woes. “You can’t be like, ‘Whoopsies, I missed two months, Desirée! What can we do now?’ That’s it, you’ve been measured. OK?”

Ebony’s editor in chief, Amy DuBois Barnett, oversaw a redesign last April and is now in the process of “bringing the book back to life,” said Rogers.

So far, 18 months into her job, there are some signs of life for Rogers’ Ebony: The magazine finished 2011 with a solid ad page bump — an uptick of 8.6 percent. After narrowly missing its rate base in the first half of 2011 by 1.1 percent — it had missed it by 20.2 percent in the second half of 2010 — the magazine finally met its circulation demands in the second half last year.

And starting Tuesday, ebony.com unveiled a redesign by Code and Theory, the Web designers who created the supersleek designs for vogue.com and The Daily Beast.

“We made a decent investment on it,” said Rogers.

Rogers is starting to feel confident in the turnaround.

“We’re going to do better than last year, that’s for sure,” she said. “The goal is much higher than it was last year.”

On the one hand, Rogers was an odd choice for Johnson’s ceo. She brought no media or publishing experience at a moment in which the industry — particularly niche publications — was at its knees. On the other hand, it made plenty of sense. The company, founded in 1942, was a mom-and-pop operation that was being run by Linda Johnson Rice, the daughter of the founders. After Rogers left her post as social secretary for the White House shortly after the party-crasher mini-scandal, Rice, her best friend (“my very best friend,” Rogers described of Rice, in a recent issue of BusinessWeek) asked her to come in and take a look at her struggling company. After a brief period as serving as an adviser, Rogers was appointed ceo.

One order of business for Rogers: There would be no scared cows. February is an important issue for Ebony. It’s the title’s Black History Month issue and it’s annually the best newsstand seller of the year. For 15 years, it’s been Ebony’s Love issue and has featured a happy, loving couple on its cover. But not this year. With the chance of securing the all-black stars of George Lucas’ new movie, “Red Tails,” the annual couples cover was spiked.

“I knew about it very early,” said Rogers, of “Red Tails.” “Through George and [Lucas’ girlfriend] Mellody Hobson, I knew about it in 2009 when he was filming it.”

“It had to be Ebony because I knew Desirée and that was really the contact,” Lucas told WWD at a dinner last week that Rogers threw for him at the Andaz Hotel in Midtown.

Lucas said, “There wasn’t much of a question that we had to get Ebony,” even though “we were kind of going up hill.

“They had never done anything like this,” said Lucas. “Desirée fought for us and this is when they usually have a couple on the cover.”

But Rogers’ challenge at Ebony is deeper than landing some good covers — she needs to remind advertisers that the magazine still, uh, exists.

“This is a viable brand and consumers are here and we want the ad community to know that and consistently know that they have more than one option,” said Barr, the publisher. “You don’t necessarily have to go to one magazine to reach African-Americans.”

That one magazine refers to Essence, the Time Inc.-owned monthly that last year had more than doubled Ebony’s total ad pages (Essence had 1,258, compared with Ebony’s 570). But in truth, they are different magazines: Essence is a magazine for black women; Ebony is a magazine that Barr said has a 40 percent male readership. And Ebony does have a lot of constituents to satisfy: men, women, old, young. In fact, the rap on Ebony for some time has been that it’s the magazine you’ll only find lying around on grandma’s coffee table (this is something Newsweek and Time have struggled with, too — it’s not a good thing).

“Yeah, the old grandma’s coffee-table image of Ebony,” said Barnett, the editor in chief, “which is precisely why the brand needed a redesign and precisely why it needed this level of refreshing.”

Barnett said she was charged with creating a magazine for a new generation of Ebony readers. The magazine, therefore, is in the semiawkward position of trying to appeal to younger readers without offending any older readers that help drive its circulation to 1.25 million (Barnett said internally, they refer to older readers as “Ms. Pearl.”).

One way to reach those newer readers will be its Web site. On the redesigned site, at the end of each story, there will be tags that readers can click on to register their feelings about a story, though some of the tags (ON POINT, OOH, SMH) are going to make sense only to its Web-literate (i.e., younger) readers.

But as Rogers begins Year 2, which she predicts will make better business than her first year, WWD had one other quick question. New York Times reporter Jodi Kantor wrote in her new book, “The Obamas,” that “Rogers’ fate was effectively sealed” by a lavish Halloween party she threw in 2009 — one that featured Johnny Depp, Tim Burton and an “Alice in Wonderland” extravaganza right on the White House grounds in the middle of rough economic times. The White House did its best to hide the fact that the stars even attended the party so as not to offend the public.

“Party was great! It was a great party,” said Rogers, without elaborating.

Maybe the media business isn’t so bad, after all.