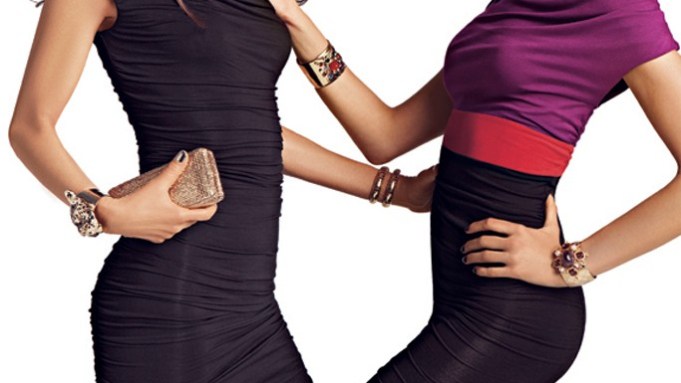 Stylist and editor Anna Dello Russo is featured in the new INC campaign for the Macy’s private label brand. Tapped as the contemporary label’s editor at large for fall, Dello Russo both styled and appears in the ads, which also feature model Karolina Kurkova. Macys.com will launch an INC microsite next week with videos that provide a glimpse into Dello Russo’s high-flying lifestyle while offering fashion tips to consumers.

“We wanted to give our brand a new voice and we were looking at how pedigreed editors are expanding their wingspans to much more than just editing magazines,” said Nancy Slavin, senior vice president of marketing at Macy’s Merchandising Group. “Anna is so charismatic: she’s colorful, she’s wacky and she’s become her own personality.”

The campaign breaks in the September issue of Vogue, out next week, which is the only print title INC bought for fall. The bulk of the media buy is online, with sites including Style.com, Refinery29.com and Fashionista.com.

“I’ve edited so many things in my life, the mass market is another challenge for me,” said Dello Russo, from her August vacation in Puglia, Italy. “I wanted to see if I could push forward in a new way and Macy’s for me represents the biggest of American shopping institutions.”

INC is carried in 650 Macy’s stores as well as all 41 Bloomingdale’s stores. Core price points for INC women’s wear fall between $79 and $199 for tops, knits, outerwear and dresses, said Slavin.

Dello Russo, who is fashion director of Vogue Japan, tapped Inez van Lamsweerde and Vinoodh Matadin to shoot the campaign. “It’s a new era now and companies are finding ways to bring to the mass market the dream of high-quality images and collaborations,” she explained.

Of her turn in front of the camera, Dello Russo quipped, “I’ve spent so much time behind the camera, this is my revenge. I always say that I am Cinderella — I worked hard behind the scenes and now I’m in the photos myself.”

Dello Russo joins Thomas Stubbs, a British fashion journalist, who is the face and voice of the men’s INC label, in the brand’s fall campaign. Dello Russo and Kurkova are slated to make an appearance at Macy’s in New York for Fashion’s Night Out on Sept. 8.