Elle Germany Apologizes After ‘Black Is Back’ Controversy

Personalities including Naomi Campbell accused the publication of tokenizing models of color in its black-themed November issue.

Elle Germany has issued an apology after its November issue caused a social media outcry, with personalities including Naomi Campbell accusing the publication of tokenizing models of color.

Instagram account Diet Prada called out the magazine on Tuesday for using the cover line “Back to Black” alongside a photograph of a white model. It noted that in a feature inside the issue, Elle Germany declared “Black is back” alongside images of several models of color, misidentifying Naomi Chin Wing as Janaye Furman. 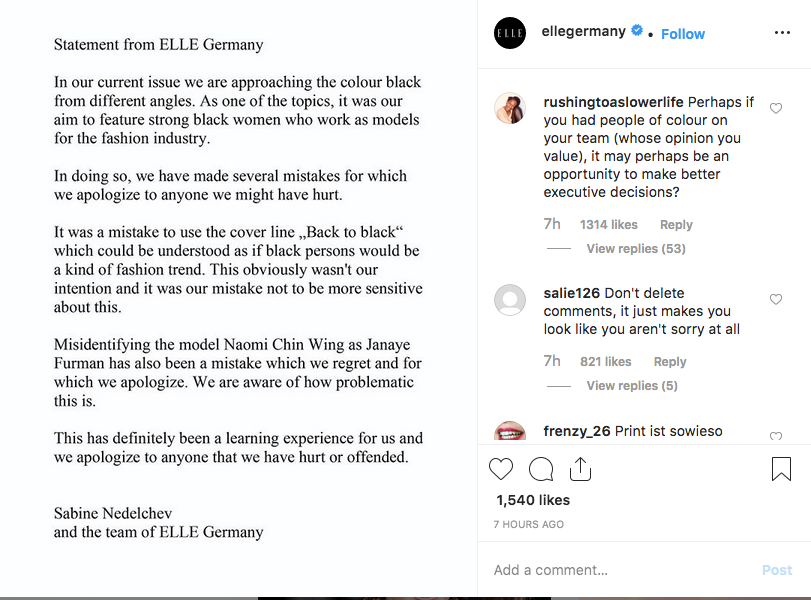 “In our current issue we are approaching the color black from different angles. As one of the topics, it was our aim to feature strong black women who work as models for the fashion industry. In doing so, we have made several mistakes for which we apologize to anyone we might have hurt,” Elle Germany said on Wednesday.

“It was a mistake to use the cover line ‘Back to Black’ which could be understood as if black persons would be a kind of fashion trend. This obviously wasn’t our intention and it was our mistake not to be more sensitive about this,” editor in chief Sabine Nedelchev and her team said in a statement posted on Instagram.

“Misidentifying the model Naomi Chin Wing as Janaye Furman has also been a mistake which we regret and for which we apologize. We are aware of how problematic this is. This has definitely been a learning experience for us and we apologize to anyone that we have hurt or offended,” the statement concluded.

While Chin Wing did not react publicly to the controversy, fellow model Adut Akech commented on Diet Prada’s post: “SO SICKENING!!! I’m over it honestly.” Akech was similarly misidentified in August when Australian magazine Who published a feature about her alongside a photo of Flavia Lazarus. 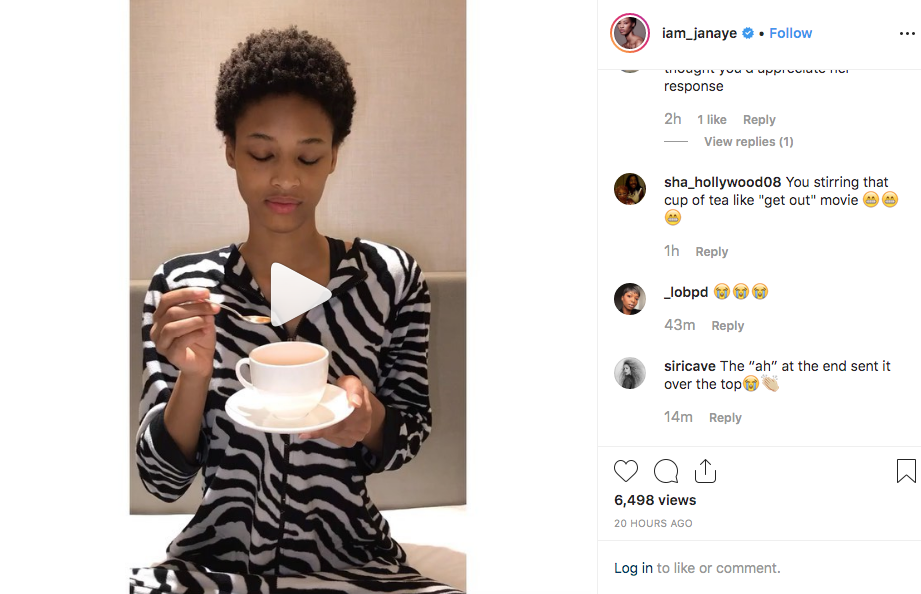 Furman published a video in which she sips from a cup of what appears to be coffee and stares wordlessly at the camera. She captioned it with coffee cup and frog emojis, followed by the hashtag #blackisback.

Campbell published a post on Instagram volunteering herself, alongside fellow model Iman and pioneering model and activist Bethann Hardison, to give Nedelchev advice on diversity guidelines.

“Your mistake it is highly insulting in every way,” she wrote alongside the hashtag #defendingmybabies. “I’ve said countless of times we are not a TREND. We are here to STAY. It’s ok to celebrate models of color but please do it in an ELEGANT and RESPECTFUL way.” 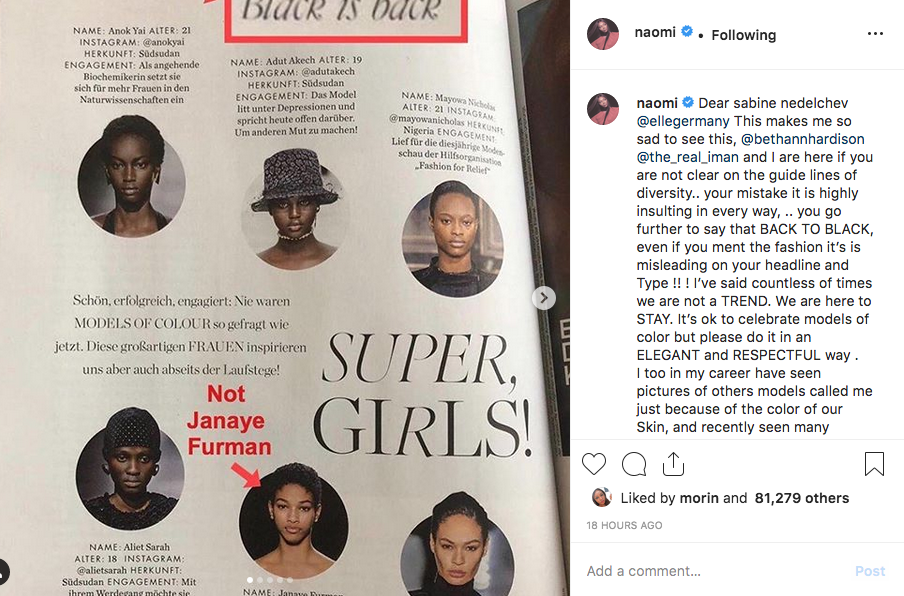 Campbell added that other models have been mistakenly identified as her just because they share the same skin color. “If you would like a conversation to know how to have a diverse mind we are here to sit and accommodate. It’s very important for a publication to be culturally sensitive and give credit where it’s due,” she said.

The Elle Germany flap is the latest in a series of media missteps this year. American Vogue previously misidentified actors from the cast of “Crazy Rich Asians” and the Libyan-American reporter Noor Tagouri online and in print, respectively.

Meanwhile, fashion brands including Prada and Gucci have withdrawn products, issued apologies and improved their diversity training after social media called them out for selling items with racist connotations.