The film is to accompany the launch of L’Eau de Cologne Les Bains Guerbois. 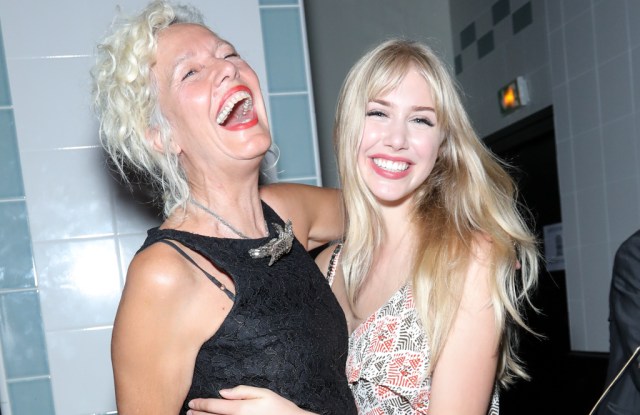 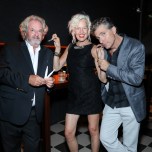 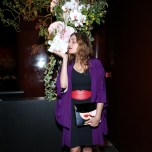 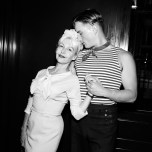 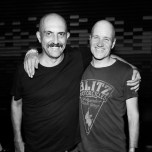 MAKING A SPLASH: Ellen von Unwerth and Jean-Pierre Marois hosted a dinner at Les Bains on Wednesday night. The occasion was to celebrate von Unwerth’s new short film that was shot at the legendary Paris club to accompany the launch of L’Eau de Cologne Les Bains Guerbois.

The four-minute sulfurous film will be posted on Les Bains’ web site and on YouTube (with a 75-second version slated for social networks.) It depicts QC, a young woman and the “wolves of desires” in several parts of Les Bains including a suite and the pool. The night spot reopened last year after four years of renovations with 39 hotel rooms, a restaurant, a club and a concept store.

“We shot downstairs, upstairs, everywhere. It’s called ‘Release the Beast.’ That’s what you got to do when you come to the Bains Douches. It’s not publicity, just a short movie,” said the photographer, who was sporting black Saint Laurent. “It’s vintage Saint Laurent if you can say so, it’s two years old,” she teased.

“I was really shy because she’s a big photographer,” said Sigmund Oakeshott, who portrays the hotel’s front desk clerk. Oakeshott who played in “Bastille Day” and “Genius” said the shoot at Les Bains was a bit “difficult” due to unexpected guests. “It was a three-day shoot but we did it in four hours. And we had [former] president of France [Valéry Giscard d’Estaing.] He was having an interview downstairs. If he saw the dogs, he might have a heart attack and then Grace Jones’ masseuse wanted to use the pool.”

Von Unwerth has a book in the works. It’s published by Taschen and slated to come out in two months. “It’s a special project, about Heimat, which is fatherland. I’ll release the first picture on my Instagram tomorrow,” she said.

Concocted by Michel Almairac, L’Eau de Cologne Les Bains Guerbois pays tribute to the place’s beginnings as a luxury bathhouse in 1885; when it was called Les Bains Guerbois. It features notes of ginger, patchouli and amber and is priced at 120 euros, $135 at current exchange. It’s available at Les Bains, the concept store across the street and at Le Bon Marché department store, where it is part of the Paris-themed current exhibition.