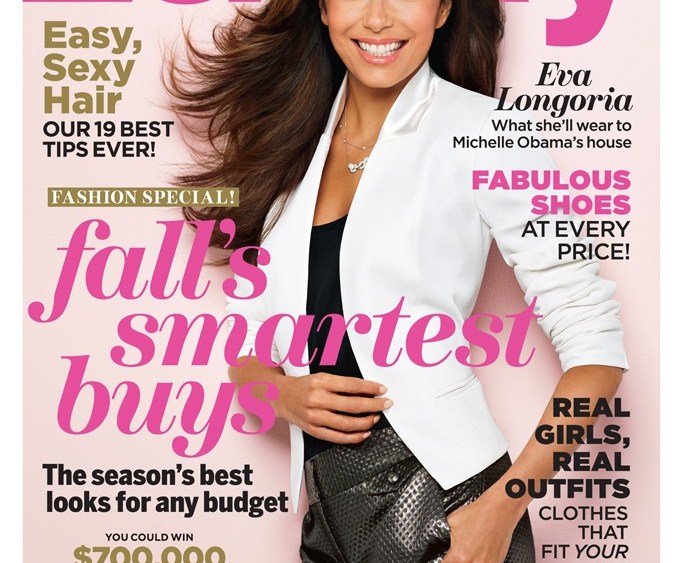 EVERY PAGE COUNTS: In 2007, Vogue magazine celebrated a whopping 727 ad pages in its September issue with “an amazing party” on the 11th floor of 4 Times Square, then-associate publisher Laura McEwen recalled Tuesday night at a summer cocktail party for Self, where she’s now the publisher. A documentary on the issue by R.J. Cutler had been filming in the lead-up to closing and the party was a gratifying denouement. McEwen remembers Champagne bottles were popped.

Those were different times.

While some titles — Elle and InStyle — crowed this week of breaking their own records for the all-important September issues, other publishers are contending with advertising figures for the month that are much softer than expected — and certainly shy of their halcyon prerecession days. For publishers, it was another stark reminder to put a premium on digital sales — and also e-commerce, licensing and tablets.

Condé Nast had been expecting a decline, acknowledging as much when it restructured its media group — in charge of large ad buys across its portfolio — and ordered all titles to shave 10 percent from their budgets through the end of the year. A spokeswoman declined to comment Wednesday on the budget cuts.

Chief marketing officer Lou Cona said September was only “a snapshot” of Condé’s entire portfolio, which he said has increased revenue 14 percent year-to-year. “We’re happy with our brand performance for the year,” he told WWD.

At Hearst, Michael Clinton, president, marketing and publishing director, was bullish on the potential of the print product. But he made sure to point out all the different sources of revenue for the company, including tablets.

“If you take the total brand footprint, what is never captured is the revenue that comes from these other sources,” he said. “Our digital revenue all in is pretty substantial.”

Other titles were flat or saw declines: Vanity Fair had 2.5 percent less pages (222), and W dropped to 246, or 4 percent. Glamour, which underwent a redesign in March, lost 35 pages to 205, a 16 percent decrease. Lucky, with a relatively new publisher in Marcy Bloom, had a “challenging” September, in the words of a spokeswoman. The magazine’s pages fell to 136, a 26 percent decline. McEwen’s Self had 90 pages in all, or 2.3 percent off from last year, though it officially overtook its chief competitor, Shape, which had 77 pages, a 22 percent drop from last September, according to Media Industry Newsletter.

At Hearst, Clinton had good reason to be upbeat. Elle magazine is now the top dog at the Tower, beating sister title Harper’s Bazaar — up 12 percent to 400 pages versus Bazaar’s 17 percent rise to 360; for both, it is their largest haul since 2008. Like Vogue, Elle is describing it as its biggest September ever in terms of total pages, including editorial. Thanks to the addition of its @Work supplement, Marie Claire can boast of its largest ad count ever at 237, a 23 percent rise. Town & Country, under new publisher Valerie Salembier for a little over a year, saw a 6 percent uptick to 99 pages — the magazine, though, is still struggling to reach its heights from the first half of the decade, when it could boast over 150 pages in ads, according to MIN.

Time Inc. boasts of its largest InStyle and People StyleWatch issues ever, with 440 and 185 total ad pages, respectively. StyleWatch logged a 10 percent increase over last September, while InStyle’s jump was 2 percent. Paul Caine, Time Inc.’s executive vice president and chief revenue officer, attributed the increases at the two titles to growth in fashion and beauty advertising.

Among Condé’s men’s titles, GQ increased five percent (204 pages) and Details increased nearly 20 percent (140). Hearst’s Esquire lost 20 percent of its pages (99); through August, however, it is up for the year slightly, according to MIN, while its rival titles have small declines.

Dow Jones’ WSJ. magazine may brag about catching up to The New York Times’ T: The New York Times Style Magazine, but it hasn’t yet, and the gap in September is especially wide: 62 ad pages to 133, with both titles experiencing small increases.

Steve Cohn, MIN’s editor in chief, noted that the fashion and beauty titles are faring better than the magazine industry overall so far this year, in part because they don’t depend on pharmaceutical and food marketers, which have all scaled back spending.

But he qualified all the euphoria on several points. For one, publishers are taking an “all eggs in one basket” approach to September, while putting less emphasis on the months that book-end it. Vogue, for instance, had 12 percent fewer pages this August than last.

And years with elections and the Olympics generally deliver better yields for publishers, which makes it hard to prognosticate if improvements will continue into next year, Cohn said.