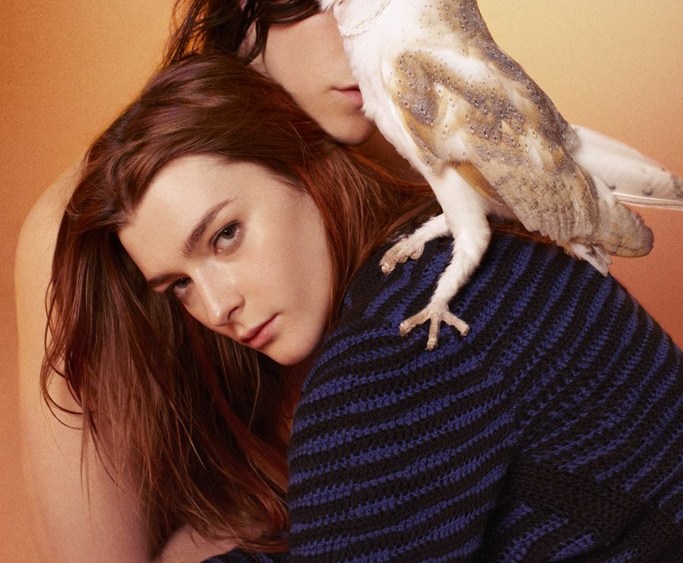 FAIR FEATHER: Undaunted by the old chestnut about working with children and animals, Ryan McGinley has turned his lens once again on beasts and humans in his latest campaign for the clothing label Edun.

The campaign features five birds of prey — four different types of owls and a peregrine falcon — flapping around with the male and female models. All of the animals are indigenous to Africa, where Edun manufactures 40 percent of its clothing.

The fall campaign, which breaks in September magazines, references McGinley’s “The Animals” series, which captures moments of interaction between animals and people in a studio setting.

“It is a complete challenge working with animals. If they’re trained or not, it doesn’t matter — they do whatever they want to. It’s chaos,” said McGinley via e-mail from South America, where he is traveling. “I love the mix of taking something wild and unpredictable into this very controlled studio environment. The organized chaos is a general theme I’m interested in.”

He said the birds, which are pictured either in flight or perched on models’ bodies, brought a sense of danger to the shoot. “They are much larger and more powerful than you might think,” he said. “Occasionally they would fly away from the set, and we would all just have to be patient and wait for them to return to work.”

McGinley added that he was “looking for a sense of grace and poise with a bit of magical realism” in the campaign, which will also feature a behind-the-scenes video and appear on various online titles starting in September.

Ali Hewson, who founded Edun with her husband, Bono, said the brand wanted to “continue the idea of transformation and lightness.”