Top prize at the Berlin Fashion Film Festival went to the sexy-fun &amp;quot;Crème Caramel&amp;quot; by the film collective Canada. 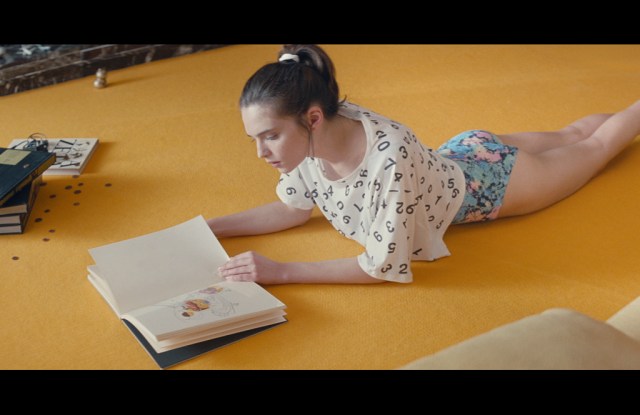 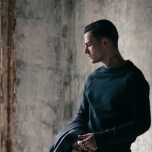 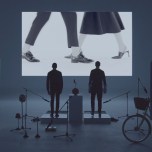 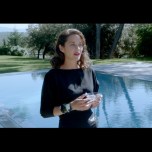 REEL STYLISH: Talk about a tape loop — the fourth annual Berlin Fashion Film Festival,  held Friday, had 734 submissions. Just a day in length, the event still managed to screen around 90 of them at the city’s Astra Kulturhaus venue. The top prize went to the sexy-fun “Crème Caramel” by film collective Canada —  the picture also received awards for production design, use of music and idea. Swedish minimalist retailer COS was awarded the Best Major Brand nod for “The Sound of COS” by Lernert & Sander. Best Emerging Artist kudos went to “She’s Bad” by Dent de Cuir, and Best Local Production singled out a film made for Berlin men’s wear brand Sopopular’s fall 2014-15 collection, directed by Tatjana Meirelles.  Both “Crème Caramel” and “She’s Bad” were created for the LVMH-owned Nowness video platform. Highlights included “A Rose Reborn,” a well-suited wry business thriller by South Korean director Chan-wook Park, made for Ermenegildo Zegna, which came in at 19 minutes. Another favorite was “Pascal Vaughel S/S14: The Naked Truth” by Michael Venus, a humorous take on a fictional “Emperor’s New Clothes” fashion designer, which was commissioned by a German beer company. In total, 83 awards were handed out for more than 16 categories by a jury of fashion and media industry insiders. Brands from Dior to Diesel to River Island x Jean-Pierre Braganza, and department stores including El Corte Ingles and De Bijenkorf received prizes. The festival rolled out over a marathon day in the German capital, with four screening sessions, three case study discussions, and a presentation from brand communication agency VCCP Berlin. At an afternoon panel concerning the status quo and future of fashion films, Selfridges resident film director Kathryn Ferguson, Alexandra Bondi de Antoni and Sebastian Hennecke from i-D Germany, and Stephen Whelan from the White Lodge creative production house opined on what’s next for the still developing medium.  The consensus was that spending and attention were being rerouted from music videos to fashion films, and as a result, young talent was also choosing the newer, more exciting path. Still, video won’t kill the runway star, at least according to Kathryn Ferguson. Citing Gareth Pugh’s show in New York in September, which merged film and fashion and live performance elements in new ways, she said,  “I think there’s something in that, that’s going to be developed a lot more.  That’s going to really add to the fashion experience, whether its on a catwalk or in an exhibition.” Ferguson also said Selfridges will be bringing more film projects in-store, and that the company is currently setting an editorial platform of its own.