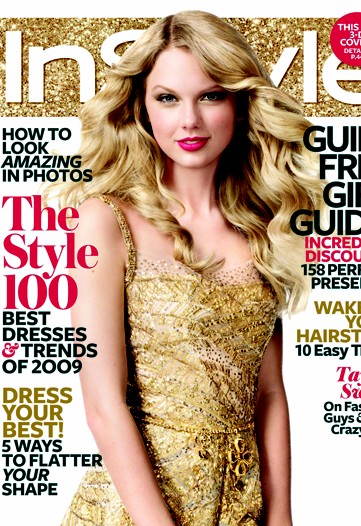 TRENDING UP: After a bruising 2009, advertisers clearly have remained cautious when it comes to spending during the first quarter of the new year — although the numbers are at least heading in the right direction. And some fashion and beauty titles even managed to post significant increases in ad pages over the first three months of last year, a period admittedly weak for most titles. Overall, ad pages rose 2.2 percent during the first quarter versus a decline of 22 percent last year, according to Media Industry Newsletter. Marie Claire led the way, with paging up almost 23 percent to 255 pages versus the first quarter of 2009. InStyle and Lucky posted increases of more than 17 percent, to 512 pages and 237 pages, respectively. Ad pages at Elle rose almost 7 percent to 452. Harper’s Bazaar gained almost 4 percent in paging to 414 and Allure was up slightly, by 1.3 percent, to 217 pages.

As for titles seeing declines, Vogue was off less than 1 percent to 559 pages; Cosmopolitan fell almost 1 percent to 289 pages; O The Oprah Magazine was down 2.7 percent to 297 pages; Glamour declined 4.7 percent to 277 pages; Town & Country declined 13 percent to 214, and W posted a 22 percent decline over last year to 250 pages. Essence fared better than some of its peers, but still declined 4.1 percent to 255 pages. Among health titles, Fitness was the only magazine to post a sizeable increase, up almost 20 percent to 238 pages. At Rodale, Women’s Health was flat compared with last year, with 111 pages. Meanwhile, Self lost 12 pages, or a little more than 5 percent, and Shape fell 4.7 percent, to 295 pages. — Amy Wicks

The reality TV star contends she never spoke to OK for the cover story, which quotes her as well as her friends and stepfather, Bruce Jenner. “They doctored and Photoshopped my body to make it look like I have already lost all the weight, which I have not,” Kardashian told WWD. She also spoke out to her Twitter followers: “One of those weeklies got it wrong again…they didn’t have an exclusive with me. And I gained 40 pounds while pregs, not 26…But thanks!”

The cover photo features Kardashian posing with her baby, Mason, a shot taken seven days after his birth by Albert Michael of StarTraksPhoto.com. The cover image has been touched up to make Kardashian appear thinner on OK’s cover than in the original photo, which first appeared as part of the Jan. 11 issue of Life & Style.

It also seems that OK has built the lower half of Kardashian’s body for its cover, as the original images were cropped at the belly. An OK spokesman declined comment. Just another dramatic day in the life of a Kardashian. — A.W.

VERA FOCUSING ON SHOW: She might not have ended up fox-trotting on “Dancing With the Stars,” but Vera Wang doesn’t seem to be letting go of her television dreams. Last year, rumors swirled the designer was developing a reality show about her fashion house and life. And whispers turned to outright speculation following the resignations of two of Wang’s possibly camera-shy top brass — Elizabeth Musmanno, senior vice president of worldwide marketing and communications, and Constance Darrow, president of creative direction — within a week in October. Now, according to sources, the designer’s docudrama concept — behind-the-scenes chez Wang — is bouncing around various production companies and networks, with Wang even said to be considering bringing the show’s production in-house.

Through a spokeswoman, Wang said, “We have been pitched and pitched television. While I adore TV, it has to be a project that I feel is authentic and relevant.”

A reality series wouldn’t be much of a jump for the camera-friendly designer, who in recent years has made appearances on shows such as “Project Runway,” “Celebrity Apprentice” and “Keeping Up With the Kardashians.” — Nick Axelrod

BEAUTY’S NEW CUSTOMER: Meredith Corp. is about to release a study to follow up its 2008 Gamma Factor report, identifying a continuing shift in women’s values and attitudes toward health and beauty products, with a focus on how beauty brands can reach out to consumers more effectively. “These women are empowered by information,” said Britta Ware, vice president research solutions Meredith National Media Group. “They are all about sharing, but through more of a viral approach. They want authenticity.” The study focused on women ages 18 to 64, through an online panel.

From a marketing perspective, Ware found that Gamma women, which make up a large portion of its readers, prefer women who appear in ad campaigns to look like the girl next door. “Some examples are what Cover Girl and Dove are doing,” Ware noted. “Aspirational but not unattainable.” Gammas are more receptive than overall women to marketing and advertising, “but the message has to be right.”

Gammas also have brand loyalty and also are on the lookout for new products. They tend to share their recommendations with friends, especially via social networking sites such as Twitter. Meredith found that the median income for Gamma women is $73,450, versus $60,240 for overall women, and 80 percent look for beauty product information in print magazines. Perhaps with this in mind, Meredith has devoted more editorial pages to beauty coverage in a few of its titles, including Parents. — A.W.