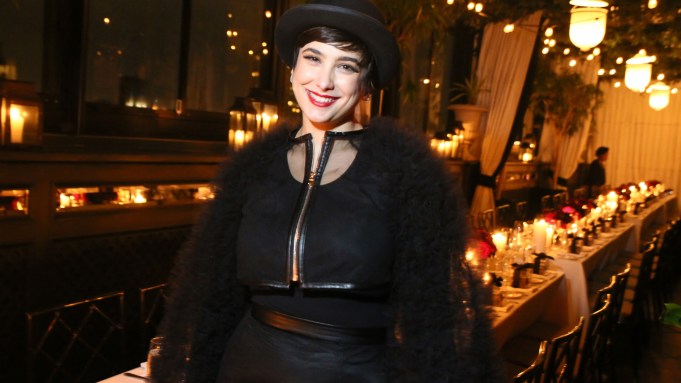 Katharine Zarrella, who previously worked at Style.com (which is set to become an e-commerce site under Condé Nast) and V magazine, took to the Gramercy Park Hotel Wednesday night to toast the launch of FashionUnfiltered.com on Friday. “Honestly, if there was ever a time to launch a fashion magazine, there’s kind of a lot to talk about right now,” said Zarrella on the hotel’s terrace, where she was throwing a dinner party for many of the site’s contributors. “As a relatively young journalist, that really excites me. There’s a lot of things changing, a lot of things that are going to affect the long-term fashion landscape and I can’t wait to figure out all of it.”

She plans to launch with 30 features, ranging from designer interviews to artist profiles. “We want to cover culture as well, but we want to do it through the lens of fashion,” Zarrella says. “Obviously everything ties in together, fashion doesn’t exist in a bubble. Designers don’t generally reference a collection from last season when they’re telling you their inspiration. They talk about an art gallery that they went to or an opera that they saw. So it’s important to cover all of that.”

Zarrella remains tight-lipped about her business plan, though it includes representation from PR Consulting and the swanky party ahead of fashion week.