The future is feminine. 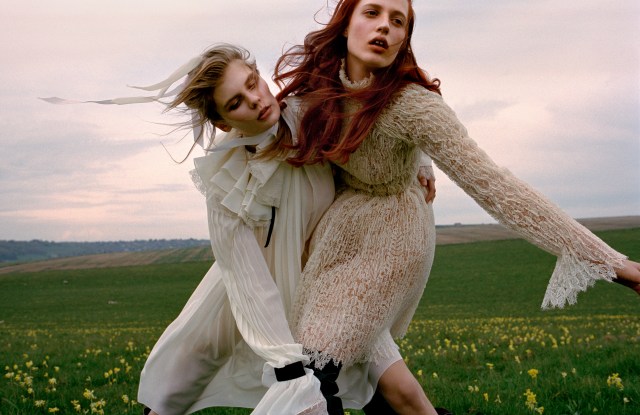 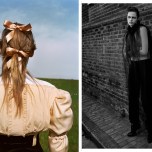 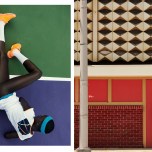 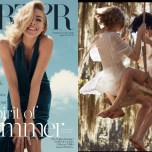 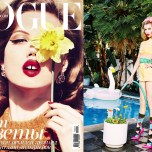 It would be a mistake to label these photographers by their gender. Despite their shared chromosome, their aesthetic wonderfully varies. Like so many other fields, it’s taken women longer to claim their stake in the fashion photography industry. But the equalizer effect of social media and third-wave feminism are causing women not only to be accepted in the field — they’re also leading it.

If it weren’t for early pioneers like Louise Dahl-Wolfe and Lee Miller and later, Nan Goldin and Cindy Sherman there wouldn’t be much of a conversation. These women set the precedent for females’ matriculation into the male-dominated field, much to the benefit of the craft.

It’s been a slow burn. Fixtures like Ellen von Unwerth have been patiently pushing boundaries through her study of female sexuality and sensitivity. Her images often debunk taboos and stereotypes not just of her subjects, but the basic idea that a woman is only capable of depicting models as anything other than pretty-pretty and hyper-vulnerable; instead, they’re shown as ferocious forces — having a good ol’ time in the process.

There might have once been a misguided school of thought that female photographers were only able to produce soft and emotional images (think a lot of lace, soft pastels, maybe a puppy in the picture). Evidence demonstrated by von Unwerth says otherwise. It possibly prompts a larger question: When did being feminine become a negative? When male photographers injected their own perspective on fetishized sex appeal, plenty of them borrowed from the girls and explored sensuality and whimsy in their own images. To pigeon-hole these working female photographers into one aesthetic would not only be ridiculous, it would be cruel.

The road is getting paved. Contemporary photographers like Cass Bird and Emma Summerton are setting the stage for the future of the craft represented by their techniques and aesthetics, and also by consistently working. They’re not “female photographers,” they’re two of the most in-demand professionals in their field. And female. Between the two of them they’ve amassed campaigns and magazine covers ranging from i-D, Saks Fifth Avenue, international Vogues, Kate Spade and Jimmy Choo — in the last year.

It’s been a rocky journey to get here and further speed bumps will be likely, but less frequent as women photographers join the inner circle traditionally commanded by men. Actually, strike that. For these females it’s not just about making it to the boys’ club, it’s about creating their own circle that’s not about excluding, but emphasizes sharing the spotlight.

This might be best recognized in Petra Collins, who, with her booming online presence and unapologetically girly — and yes, emotionally driven — images of real-girl subjects invades the pages of Vogue and Millennial-favorite Urban Outfitters ad campaigns. As she ascends the traditional ladder of success (think size of editorials, advertising opportunities), she’s also breezing by the competition. In her brief but impressive career she’s already created an all-female collective, The Ardorous, that’s comprised of other young up-and-comers. Because after all, the future is female.