The retailer is pouring on the attitude with "Fall is Femme," which features model Ashley Smith. 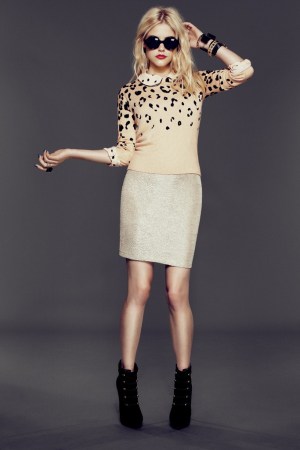 FEMININE FALL: Forever 21 pours on the attitude with its latest campaign, “Fall is Femme,” featuring model Ashley Smith, who was photographed by Santiago & Mauricio. The new ads break this week, and will be the creative core for Forever 21 during Fashion’s Night Out in the U.S., U.K., Japan and Korea. Forever 21 will have makeup artists at stores in New York’s SoHo, at the Beverly Center in Los Angeles and on Oxford Street in London applying red lips. At nine U.S. stores, and some international stores, customers will be able to get free photos of themselves with a Smith and Forever 21 backdrop.