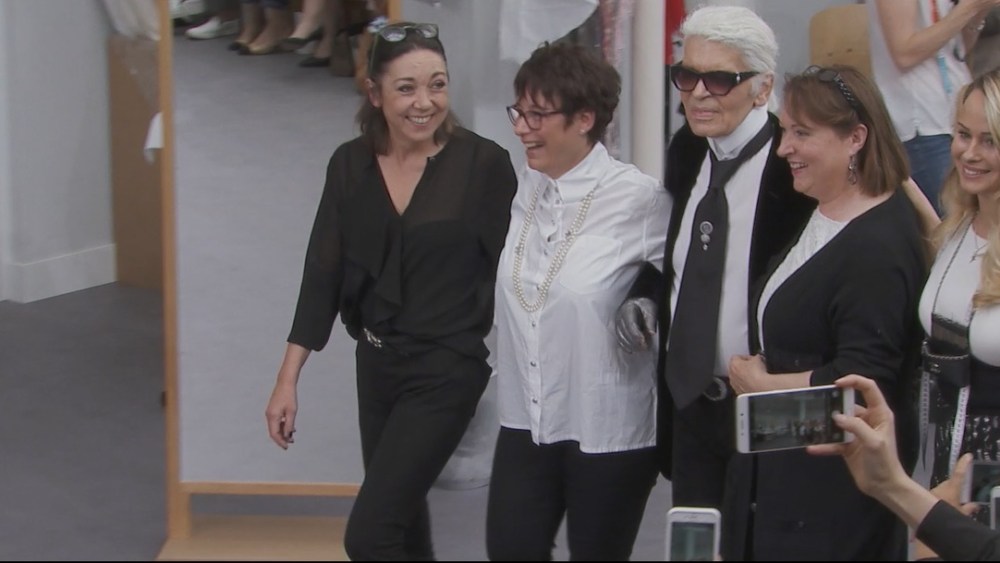 WE HEART PARIS: Karl Lagerfeld, Alain Ducasse and David Guetta are among the personalities featured in a promotional film for Paris that the city’s mayor Anne Hidalgo is set to unveil on Thursday.

Directed by Jalil Lespert, the “Yves Saint Laurent” and “Versailles” director, the film also stars locals and tourists. “The idea is to approach it in an intimate way, through the eyes of Parisians — people who are Parisians just for a few days or who have always been Parisians — and to have a patchwork of places and characters that mix and make us discover Paris,” Lespert said in an exclusive interview ahead of the screening. “It can be an Asian tourist, a hipster from the Marais or Karl Lagerfeld.”

In it, the designer is shown taking a bow with his petites mains following the Chanel fall 2016 couture show. For his part, Ducasse tastes dishes in a kitchen, and Guetta mixes tunes at the opening ceremony of the 2016 UEFA European Championships, also known as the Euro 2016 soccer tournament. “They represent France abroad,” said Lespert.

Fashion pops up throughout the film, which includes footage of the Dior 2016 fall couture show and Balmain men’s spring catwalk.

Its making-of took place in iconic Parisian sites, including the Louvre, Eiffel Tower and Galeries Lafayette department store, as well as places less known to tourists. “What I find magnificent in Paris is that each neighborhood has its soul. After the attacks, it’s about showing a city where we live, breathe and love, where we can go to cafés, museums, ballets,” said Lespert.

For him, promoting Paris feels like an act of brotherhood. “I was born, raised in Paris and I live here,” he explained.

The film’s formatting ranges from 15-second to two-minute-and-30-second clips that are understood will be shown in venues including airports, airplanes, hotels and on social media.

The film, whose sponsors include LVMH Moët Hennessy Louis Vuitton, Galeries Lafayette and Air France  is part of a larger plan, budgeted at about 2 million euros, or $2.2 million at current exchange, that was started in May by French authorities and other backers to promote the city as a go-to spot.

Paris remained the first touristic destination in the world in 2015, with 16 million visitors. But the Nov. 13 attacks continue to weigh on visitor levels today. Hotel arrivals of foreign guests to Paris were down 11.6 percent between January and May of this year.