Magazines are pumping more capital into their digital platforms, as both readers and advertisers alike have turned their attention to the Web. 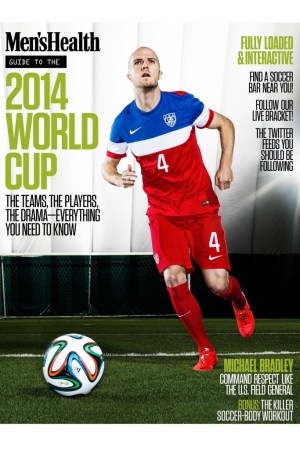 FORBES AND MEN’S HEALTH GO DIGITAL: Magazines are pumping more capital into their digital platforms, as both readers and advertisers alike have turned their attention to the Web. With 25 years under its belt, ForbesLife magazine will launch its own Web site and app for both mobile and iPad on Sept. 2. According to Michael Solomon, editor of ForbesLife, the decision to build out the luxury-inspired edition coincided with its 25-year anniversary this fall, as well as the fact that there’s a high demand for luxury.

“There will be more pages and more of a focus on women’s fashion, jewelry and beauty,” Solomon said, explaining that there will be at least nine lifestyle categories. “We are in the process of adding existing contributors.”

The editor said he would hire between 100 and 150 new contributors to write for the site by the September launch, and he will also add staff. Writers will be based all over the world and they will feed the site with copy on a daily basis.

Although the September launch is focused specifically on editorial, ForbesLife publisher Charles Yardley noted that native advertising and e-commerce will soon follow. “The site is sort of a luxury visual master class, and that lends itself particularly well to native,” Yardley noted. “We are starting to see the shift in luxury spending to digital.”

A new stream of revenue will prove to be an asset for Forbes, which is still up for sale, in what one source has described as an ongoing process.

Men’s Health, one of Rodale’s more lucrative titles, has launched a World Cup digital edition, which is currently available for iPad and iPhone. The app, which not only provides editorial content related to the sporting event, also has shoppable advertising content provided by Shop Advisor. While it’s not the first time Men’s Health has run shoppable ads — it first launched such technology in December — the platform has provided the magazine with an additional stream of revenue, as advertisers pay more to be part of the e-commerce program.

“Every single month, we see the engagement numbers grow,” said vice president and publisher Ronan Gardiner. “It’s not just the number of people who buy product. It’s also the time they spend on our pages.”

In its latest edition, Gardiner said fashion director Brian Boye chose brands such as Hurley, Gents, Adidas, Macy’s and 88 Rue du Rhone, which offer limited-edition World Cup wares. The app, which is sponsored by Rogaine, also allows customers to put product on hold and search for the best price.

While e-commerce has been a tricky proposition for many publications, Gardiner said technology has “improved exponentially” for both advertisers and editors.

“When e-commerce was first introduced, you had to tell advertisers that they would have to put an ugly bar code on their creative. The conversation ended there,” he said. “Today, the functionality is so much better and so much more seamless. For any technology to be adopted, you have to make a commitment and make them [the consumers] learn about it.”

As for editorial content, the publisher said the app offers a GPS option, which shows fans a list of nearby bars playing World Cup matches on TV. There is also a host video and audio content on players and teams.

And for those fanatical types, the app also provides club-specific cheers in local languages — just in case you need to cheer in Dutch.