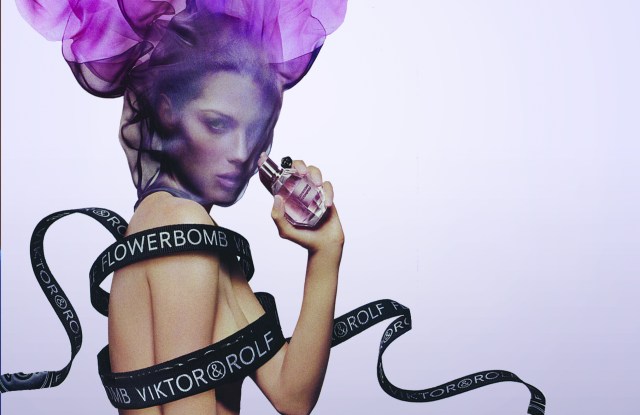 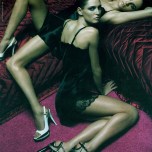 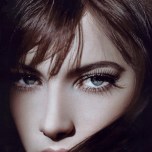 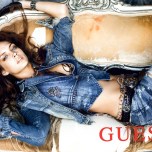 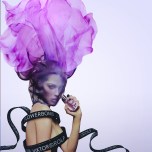 Forty years after releasing “Killing Us Softly,” a film about advertising’s demeaning and dehumanizing impact on girls and women, creator Jean Kilbourne is striving for greater change.

The former college professor started collecting ads that objectified or oversexualized women more than 50 years ago. The very simply made, one-camera, one-take film was shot during a lecture she gave at the College of the Holy Cross in 1979. Edited to 30 minutes, the film went viral despite zero marketing. “There was nothing even remotely like it out there. Certainly, nobody else was taking advertising seriously or looking at women in advertising. But I also think one of the reasons the film was successful, and actually that my lectures were successful was I used a lot of humor and encouraged people to sort of laugh at the ads. The ads were so ridiculous. One of the ads was for feminine hygiene sprays that said, ‘Feminine odor is everyone’s problem.’ It was quite funny. That was back in the days when people said, ‘Feminists had no sense of humor.’”

Four versions of the film were created over the years, and now Kanopy, the free-to-user streaming platform, is making the quartet available through partner public and academic libraries in the U.S. The trailer for “Killing Us Softly 4” has been seen by more than six million people on YouTube, but Kilbourne has no plans to make a fifth film.

Looking at the spectrum of change, or lack thereof, from a span of half a century, the pioneering activist said, “A lot of what I said in the original version is not only still true, but in some ways it’s gotten worse — in particular the tyranny of the ideal image of beauty. Now, with Photoshop, it’s possible to make an absolutely perfect image and that becomes the image that women and girls measure themselves against all the time. Because women and girls are able to do this to themselves or on various other platforms it becomes even more tyrannical in a way. Another is the obsession with thinness. Again, because of Photoshop, the body can be altered to make it impossibly thin, so that’s as bad as it’s ever been. The sexualization of girls is still very much with us, as are some images of violence. And the body language of female models is often very silly and demeaning, which you very rarely see with men.”

On the upside, there has been a profound change in awareness, thanks partially to research validating her claims that the objectification of women creates a climate that can increase violence and abuse, Kilbourne said. And the Internet makes joining organizations and protesting issues easier, she said.

Research proves girls who are highly exposed to sexual images tend to suffer more from eating disorders, depression and low self-esteem. And they are no longer comparing themselves to the supermodels, which had been more of an ideal. “When it’s your own peers that you’re comparing yourself to, there’s more pressure to feel bad about yourself if you don’t have a certain kind of look. Also, there’s more pressure on girls to sexualize themselves and present themselves in a very stereotypical, sexualized way,” Kilbourne said. “It’s bad enough to be objectified from the outside to feel that one is perceived as an object. When one turns one’s self into an object and sexualizes one’s self, even more damage is done.”

Recalling how her own daughter, who is now 31, went from a confident, sunny little girl to a teenager on the verge of an eating disorder with little confidence, Kilbourne said, “It was, of course, horrifying and sad in all kinds of ways, particularly because I knew there could not be a better educated child about these values. That was clearly not enough. I have been saying for a long time that this is a public health issue. We can’t save our children child-by-child, and house-by-house. What’s happening here is really a toxic cultural environment for girls. It’s not great for boys, either, but that’s another story.”

A longtime advocate for media literacy in schools, Kilbourne works behind the scenes with the Harvard School of Public Health, which uses public policy to help prevent eating disorders. They have been working with Massachusetts legislators on a bill that would not allow diet products to be sold to children. “Really, we need a bill for that? But apparently we do,” Kilbourne said.

Kim Kardashian’s suggestive Instagram post promoting a lollipop that is supposed to suppress your appetite stirred Kilbourne’s ire. “If it’s going to be marketed, it should at least be labeled and it shouldn’t be available for kids to buy. For boys, there are products that claim to have steroids. Of course, boys are trying to grow in the opposite direction and get bigger. Girls are always trying to get smaller. But all of these products can be harmful, particularly to developing bodies,” Kilbourne said. “To say nothing of the fact, that all diet products fail — just publishing the failure rate would be helpful. Warning: 95 percent of these products will cause you to gain weight in the long run, which is true.

“The thing about Instagram is it’s very difficult to know if something is an ad or not. They’re supposed to indicate whether something is an ad, but it’s indicated in such a way that it’s easy to overlook. So when she’s [Kardashian] sucking on this lollipop in this very sexy photo, is this an ad? Well, of course it’s an ad, but is that going to be obvious to the person who is looking at it? Not really. All she says is ‘Oh, I found this wonderful new way to suppress my appetite.’ First of all, that is the awful message that girls should always be suppressing their appetite. And there’s this product that’s somehow going to help them do it and there is this major league celebrity who is pushing it in a way that seems like she is talking to you like her best friend.”

While officials in France and Israel have laws about labeling Photoshop images, some research indicates that actually isn’t effective, Kilbourne said. As for teaching media literacy in U.S. schools, Kilbourne noted that the U.S. is one of the few countries that does not do that. Australia and Canada weave it into the curriculum from kindergarten on, she said.

As for the ongoing appeal of the Kardashians, Kilbourne said, “Beat’s me. Frankly, I haven’t understood any of it from the beginning. It ties into another huge change in recent years, personal branding. In the same way that advertising is now more about a brand than a product, we’re supposed to be brands ourselves and always be maintaining our brands. They are such geniuses at this, and were probably the first to reap so much money and fame from it. It’s sort of self-perpetuating in a way.”

The claims of models being mistreated by fashion photographers post-Harvey Weinstein was “an extraordinarily good thing,” according to Kilbourne. “Of course, it’s been happening in the world of fashion. The models are so vulnerable, and have been, and also so hungry for success and acceptance. I’m not faulting them at all for this. If that’s part of the deal, you think, well that’s part of the deal. As someone, who as a young woman was sexually harassed in many different ways, including ways that interfered with my career prospects, not just as a model, I remember half a century later how demoralizing and depressing this was. It’s exciting that now not only is this becoming widely known but powerful men for the first time in history are being held accountable is extraordinary.

“Obviously, it’s been going on forever. Many, many years ago I actually did some modeling. That was one of the few ways that women could make money in the Sixties. I went to Wellesley College, and I had to go to secretarial school to get a job, so I was a secretary and a waitress. But I also had the opportunity to do some modeling. There was a tremendous amount of sexual harassment, but there wasn’t even a word for it. It was considered so normal that you didn’t even think about complaining about it. That was just the way it was.” She said, “I did model for a pretty famous fashion designer in New York and was offered some opportunities, if only. It was profoundly disturbing, but again there wasn’t any context to put it in. But now that this is out there, we’re learning more about it.” (She declined to identify the designer.)

Kilbourne recently wrote for cartoon arts magazine Hogan’s Alley about a sexual harassment experience she had with the cartoonist and “Li’l Abner” creator Al Capp, who had offered her a really interesting writing job — with one very disturbing condition. “It didn’t have anything to do with my looks or my body. It was about writing and a job that I really wanted. This was even more depressing because it had to do with my mind and not my body. I thought, ‘Why was this necessary?’ His manager called me and said, ‘Go to bed with him, honey. It won’t kill you. He thinks you’re brilliant. He really wants to hire you for this job.’” She said, “Even half a century later, I can remember that it really did come close to crushing my spirit. It didn’t, but it came close. These things have long-lasting effects. People, who haven’t experienced it, or maybe some men, who aren’t aware of it, can think, ‘Well, what’s the big deal? You can just say, ‘No’ and walk away.’ But it’s a very big deal, if a lot of your dreams are going to become impossible.”

She continued, “I think about that with [Harvey] Weinstein and what he was dangling in front of them – sorry excuse the pun – that he was promising them something that they so wanted. Yet, this was the quid pro quo. It fills you with shame. There’s something that’s not right or fair. In the same way that rape victims can feel ashamed. You can feel ashamed because you are the victim of sexual harassment.”

With her collection of ads and letters ensconced at Duke University, the author of “Can’t Buy My Love” and “So Sexy So Soon” is interested in writing more critical essays or — “God forbid,” she said — a memoir.

“What I hear more than anything else is, ‘Well, I don’t pay attention to ads. They have no affect on me.’ I often joke that I hear this more from people wearing Abercrombie T-shirts. It’s true that most people believe that they are not influenced and most people don’t pay attention to ads, in fact. But that doesn’t mean they are not influenced. One of the things that I’ve tried to get across is that we need to take advertising seriously,” she said. “We need to look at these images and what they’re selling, in addition to products — the kinds of values that they’re selling, the kinds of images of beauty and aspirations for girls and to take that all seriously. Whether we pay conscious attention to it or not, these ads and images have tremendous impact on us, in particular on our children and our young people.”