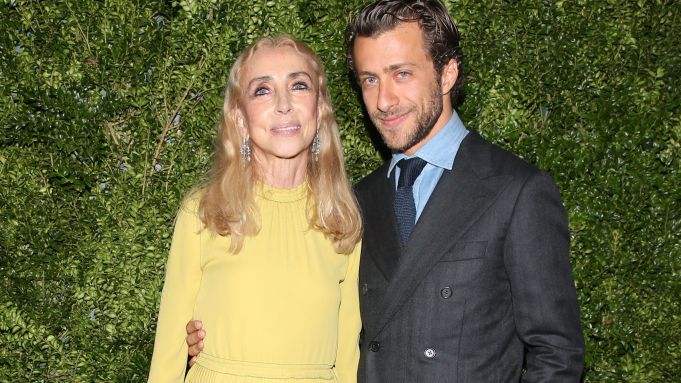 The jewel box-sized second floor bar of Metrograph theater on the Lower East Side of Manhattan was crammed with some of fashion’s biggest creative names Thursday night.

Photographers, designers, editors, publishing executives and models made their way to the small theater to watch another screening of “Franca: Chaos & Creation.” The documentary, which traces the career of Vogue Italia editor in chief Franca Sozzani, was directed by the editor’s son, Francesco Carrozzini.

Cohosts Anna Wintour, Diane von Furstenberg, Jonathan Newhouse and Bruce Weber were on hand, wandering around the space, while Wintour and daughter Bee Shaffer stood by the entrance, posing for photos. Before the screening kicked off just before 7 p.m., Naomi Campbell arrived, trailed by flashbulbs, and moments later, Edward Menicheschi, the former head of Condé Nast Media Group who left the company earlier this week amid a company shakeup.

Prior to the film, Baz Luhrmann introduced Carrozzini, referring to him as “the boy on the roof.” Luhrmann explained that he saw Carrozzini on his roof when he moved to a new house on MacDougal Street in the West Village. The two became friends, and Carrozzini, then a photographer, expressed interest in making a film — something Luhrmann has heard before from countless young people looking to break into the industry.

“I can’t tell you how many times they actually haven’t done that,” he said. “We’re all here because this young man has.”

Calling Luhrmann “one of the most generous” men he’s ever met, Carrozzini said the director told him to “make the movie only he could make.” The young director thanked the event cohosts who stood nearby, and then turned to his mother, Franca, who sat in the audience.

“I want to thank a woman who also happens to be my mother, for letting me torture her for the past four years,” he said. “But the reason why I did is love.”