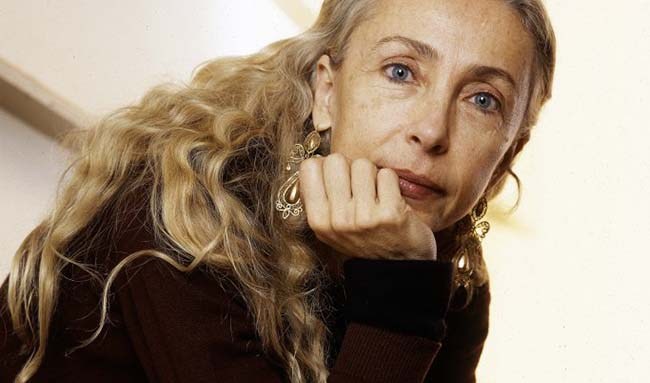 MILAN — The Italians called her the “Lady of Fashion.” And so she was, as Franca Sozzani dedicated her life to supporting fashion and creativity in all its forms, although at the same time she channeled her efforts in humanitarian projects around the world.

The longtime Vogue Italia editor in chief died of lung cancer on Thursday in Milan. She was 66. She is survived by her son Francesco Carrozzini, her sister Carla and her niece Sara Maino.

Born in Mantua, Italy, in 1950, Sozzani headed the Italian magazine for 28 years, shaping it into one of the most influential fashion titles in the world. Sozzani’s career unfurled at Condé Nast, as she started at Vogue Bambini in the Seventies, followed by women’s magazine Lei and men’s magazine Per Lui in the Eighties. In addition to helming L’Uomo Vogue, Sozzani had been editorial director of Condé Nast Italy since 1994.

In September, a movie on her life directed by her son premiered in Venice and competed at the city’s film festival. The premiere reflected Sozzani’s stature in the fashion industry, drawing guests ranging from Azzedine Alaïa and Miuccia Prada to Renzo Rosso, Diego Della Valle, Riccardo Tisci and Donatella Versace.

The event was followed by a dinner held by the House of Valentino in her honor, in the presence of Valentino Garavani, Giancarlo Giammetti and the brand’s sole creative director Pierpaolo Piccioli as well as its chief executive officer Stefano Sassi.

The likes of Karl Lagerfeld, Bruce Weber, Marina Abramovic, Jeff Koons and Baz Luhrmann appeared in the film, expressing their views on Sozzani’s work and persona. Interviewed ahead of the screening, in her typically understated manner, she said the comments were more controversial than, as she put it, hagiographic.

“I didn’t want a ‘santino’ [holy picture] of me, or anyone saying I am a genius. There are people I’ve had clashes with,” Sozzani told WWD. To wit, Condé Nast chairman and ceo Jonathan Newhouse’s comments in the film said he “thought she’d taken Vogue too far. I said, ‘If you keep going in this direction, I might have to fire you.’”

To be sure, Sozzani courted controversy — and appeared unfazed by the commotion she often caused. Never afraid to speak her mind, she expressed her views on the magazine’s web site Vogue.it, and shared her opinions on her blog, bonding with readers worldwide.

While her looks conveyed a delicate image, with her petite frame and long, wavy blonde hair and azure eyes, Sozzani was fiercely determined and set on leaving her mark in the world, as she says in the film, not content with being a bourgeois housewife.

Throughout her career, Sozzani was instrumental in supporting the Italian fashion system, a constant point of reference for designers, established and up and coming.

“Franca would always tell me the truth, no matter what,” Versace said. “She did everything with passion, whether it was her passion for her family and friends, or her championing of Italian fashion. The world has lost the icon of Italian style and the epitome of feminine empowerment. I will miss her more than words can say.”

Matteo Marzotto — confiding that they affectionately called each other “uncle and aunt,” although they were not related — said Sozzani would “always find the time to listen, help and give back. She was totally reliable and I felt sure whatever I would say would remain between us.”

He pointed to her sense of humor and healthy distance from the industry. “She had a very transversal idea of life and would find the irony in vanity.”

Alberta Ferretti admitted owing much to Sozzani and her “intelligence and foresight. Franca has supported all Italian designers in the evolution of their international careers.”

In a WWD interview in 2011, Sozzani stated her views for Vogue Italia very simply, saying that what differentiated the magazine is that “it tells its own stories; it does it in a way that is sometimes stronger than other magazines. I would say the strength of Vogue Italia is its creativity and image.”

She wondered how to translate the magazine’s photos and content online, which quickly became a success, driving sales at newsstands, too.

Her passion for photography translated into a special section on the magazine’s web site called PhotoVogue, where users can upload photos and share them with the fashion community. She admitted her inclination for visual communication: “What bores me the most is to write about fashion shows because I’ve always experienced them at a visual level. To put it down in words is much more difficult. I enjoy it less and it interests me less. What I like is to tackle different topics.”

In a WWD interview in 2014, Sozzani emphasized the importance of photography because when she joined Vogue Italia and the magazine was in Italian, she realized she “wanted to speak to everyone,” so she “thought of creating images that were made to talk. Today it’s normal. Photos used to be a support to the text, but we turned things around, reducing the words to a minimum.”

The images she commissioned for the magazine became some of the most memorable in fashion publishing. Sozzani worked closely with photographers from Steven Klein and Steven Meisel to Bruce Weber and Peter Lindbergh.

Often in those photo shoots Sozzani touched on topics deemed taboo by others, dedicating whole issues to themes such as “Curvy,” or “Black,” the obsession with plastic surgery, the 2010 Gulf BP oil spill or domestic violence. “If there is no controversy, there is no opinion,” she insisted.

About her involvement, Sozzani said during that same interview: “I am not the Eternal Judge. I do what I can do; others then do what they have to do.”

She was true to this motto and generous with her time. Sozzani was a pillar in helping young designers, creating the Who’s On Next? talent search in 2004 and the “Vogue Talents” showcase of emerging designers during Milan Fashion Week with Yoox, as well as the “Empower Talents” scholarship program with Kering.

She also organized Convivio in Milan to help fight AIDS and her industry clout guaranteed steady attendance, she was the first to slyly acknowledge.

In 2012, the editor was appointed to the post of ambassador for the Fashion 4 Development program within the United Nations — a platform that aims to encourage fashion leaders to work on sustainable development initiatives. That same year, the May/June issue of L’Uomo Vogue celebrated Africa and featured U.N. Secretary General Ban Ki-moon on the cover. Sozzani was also U.N. Ambassador Against Hunger and she supported the European Institute of Oncology. Earlier this month, she received the first Swarovski Award for Positive Change in London. Sozzani was recognized for her commitment to diversity and her efforts to raise funds for local and international charities.

In April 2016, Sozzani hosted the first Vogue Fashion Experience in Jeddah, Saudi Arabia, with Rubaiyat, the country’s leading luxury retailer, aimed at providing an international platform for Saudi female fashion designers. For Sozzani, the Middle East was familiar territory. For the last three years, she hosted an annual Vogue Fashion Experience in Dubai. In 2015, The Dubai Mall and Vogue Italia hosted the first edition of “Who Is on Next? Dubai” during the Vogue Fashion Dubai Experience. Sozzani was open about her commitment to the region and supporting talent from the Middle East. She had a house in Marrakesh for more than two decades and said she was “very comfortable in this part of the world.”

The film “Franca: Chaos and Creation,” is not mainly about Sozzani’s public life and accomplishments, although thousands of photos provide a background to the tale. The documentary was filmed over the course of four years, highlighting the bond between mother and son. It does not shy away from very personal material, such as Carrozzini’s discovery on camera that his father was already married at the time of his relationship with Sozzani. The death of his father four years ago triggered Carrozzini’s desire to connect even more deeply with his mother. Sozzani’s reserved nature at times clashed with Carrozzini’s need to publicly understand his mother.

Sozzani said ahead of the screening that she realized she conveyed “a bossy, cold, not nice” image, and that she did not care to change people’s opinion of her, but was pleased that the film showed another side of her personality. “Here you see life, children, the loves and home behind it all. Behind the glamor there is real life, and one must not give it up, it’s a message for young people.”

Fashion at the Forefront in Venice >>