A flood of major European designers flocked to the Italian embassy in Paris to toast the Italian Vogue editor in chief. 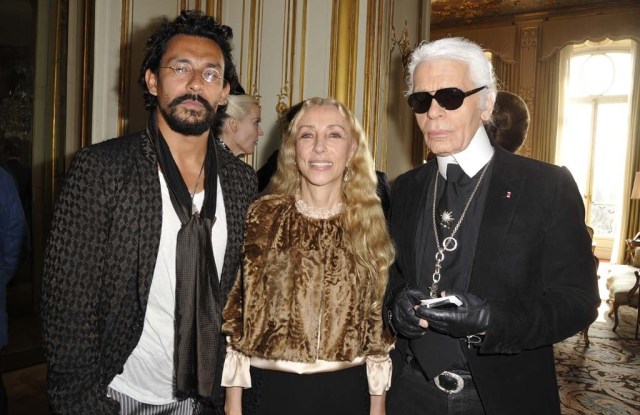 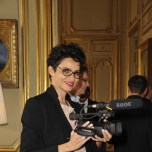 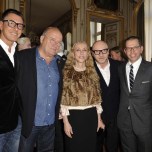 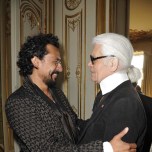 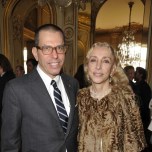 PARIS — There was a flood of major European designers at the Italian embassy here Wednesday — all to toast Franca Sozzani on her being named a Chevalier of the Legion of Honor.

“These pictures are for Franca,” Suzy Menkes said as she positioned Viktor Horsting and Rolf Snoeren against the fireplace and pulled out her disposable camera. The Dutch duo revealed they’re hunting for real estate in Paris to open a Viktor & Rolf store in early 2013.

Roberto Cavalli recorded the event, too, snapping away on his smartphone as Karl Lagerfeld worked the room, greeting the likes of Anna Molinari, Haider Ackermann and Angela Missoni.

Cavalli said the photos were for his blog, whose most fervent followers are the Chinese. “You have to read it,” he urged. “It’s like a reality show about my life.”

He called Sozzani his “best friend” and stressed, “When we’re together, we don’t speak about fashion.”

Everyone in the room had a tale about the editor, at the helm of Italian Vogue since 1987 and considered a godmother to countless designers. Stefano Gabbana recalled the first cover Sozzani awarded to Dolce & Gabbana. “I think it was the fifth collection,” he said, describing Linda Evangelista with a boyish haircut, photographed by Steven Meisel.

In a speech before the luncheon, Condé Nast International chairman Jonathan Newhouse anointed Sozzani the “pope of fashion,” and marveled at the fearsome talent and star quality he encountered when he first met someone “who could not have weighed more than 50 kilos (100 pounds).” “Forty-five,” Sozzani shot back to a round of laughter.

Daphne Guinness scoped out a gilded column to lean on while she stretched out her legs, which ended in pink heel-less platforms. She parted a red curtain and beckoned Giambattista Valli. “I’ve got a view for you,” she said, revealing clear sightlines to the stage where Sarkozy would speak.

Dior chief executive officer Sidney Toledano said Yeoh would be joining him later this week in Taipei for the opening of a Dior boutique there.