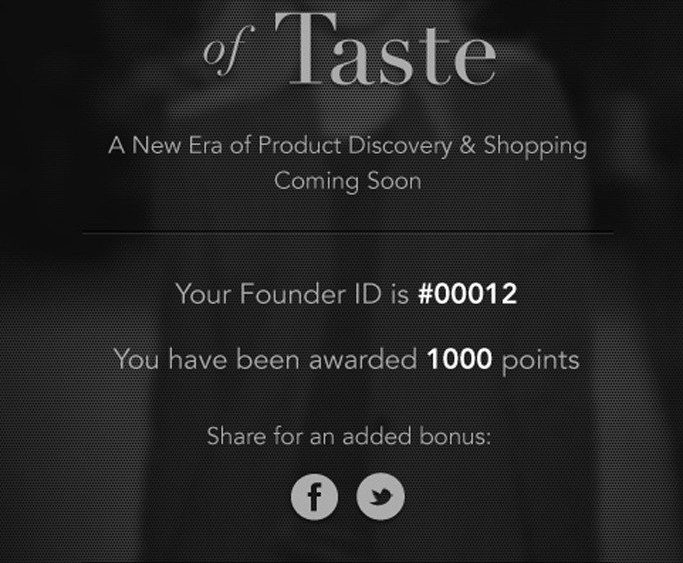 The Game of Taste is the digital agency’s response to the social gaming phenomenon, but with a fashion-focused leaning. The company has partnered with well-known individuals in the field — gaming veterans Margaret Wallace of Playmatics and Area/Code Entertainment founder Kevin Slavin — on the development and execution of this first gaming effort, slated to go live later this year.

“We’re creating digital businesses for a new era, from the driving of traffic — by deeply engaging users with content and social — to converting them through e-commerce. But The Game of Taste applies all of these dynamics for a consumer product,” said Createthe Group chief executive officer James Gardner, seated in his sun-drenched office at the eight-year-old company’s SoHo headquarters on three floors of an industrial looking building on West Houston Street here.

The concept differs from a retailer-branded gaming channel or a one-off game a designer might have participated in, according to Gardner. He defines “taste” as what the community agrees is tasteful, and being able to identify what others will like before they know they like it. Taking this into account, the concept is based on those who have taken on a role of “signaling” in the trends — Gardner cites Kate Moss as an example — and others “flocking” and emulating those trends. Then there are tastemakers — like Lady Gaga — who take trends and “differentiate” them.

Slavin calls the street style in cities such as New York, Paris, Shanghai and Tokyo a “fabulous collaboration because everyone dresses for themselves — and everyone else.” In his view, there are some who work to align themselves to the frequency that everyone else is on, and then there are those who set out to define a new frequency. When people go online, examples of these behaviors are visible in platforms such as Pinterest, Tumblr, The Fancy and Polyvore. “There’s a fundamental human need to find taste, meet it and make it,” Slavin said.

Gardner added: “Taste is a game. You play it everyday. But it’s not about building a game, it’s about doing what games do. It’s the applied use of elements found in gaming for nongaming consumer products, services and applications.”

The Game of Taste is not one where users create looks and shop, nor is it intended to be something that users play and then forget about. It’s a skill based, fashion-centric social network and gaming experience developed with gamification mechanics and dynamics, according to Wallace, Playmatics’ ceo, who worked closely with Gardner and Slavin to envision how the moment-to-moment interaction in the game would occur. By making certain fashion choices in varying contexts and situations, players are able to compare their decisions to those of experts in the industry — all the while measuring, comparing and achieving better results over time.

“We believe that taste can be cultivated and learned and we’re using game mechanics to facilitate that. That’s our unique angle. Like any life skill, having good taste in fashion is not universal, but something that can be cultivated and learned,” Wallace said. “Everyone has an opinion about fashion — and this tells you whether your taste measures up. Over time, players will be able to improve their taste, learning from these experts and others in the community.”

Slavin is clear that The Game of Taste isn’t about “gamification” — the goal isn’t to accumulate points and badges for existing behavior in the hopes that people will do more of it.

“It’s about looking at the world the way game designers do, understanding what motivates and delights people. The funny thing was realizing that game designers and luxury goods groups understand the world similarly: It’s not about rational, frictionless transactions. It’s about an economy of experience and desire,” Slavin explained. He doesn’t want to “optimize something,” he wants to shape a “rewarding experience.”

Createthe Group’s chief creative officer Diana Hong, the lead creative on this project, compares the experience to two-and-a-half-year-old digital magazine Nowness, another brand Createthe Group works with, saying that it was paramount to define the target audience, strategy and platform.

Hong and Gardner also see the new platform as a vehicle for existing clients and brands to leverage their digital presence on the fast-growing social gaming track — with The Game of Taste platform to showcase them and potentially drive traffic and sales to their digital flagships.

As of today, a teaser site is live at Thegameoftaste.com for the next 30 days, allowing potential players to become founding members, each receiving a unique ID. Users can begin to rack up points in the time leading up to the platform’s official launch, and future plays will be a given a Founding Rank based on when they signed up.

The game represents a major step by Createthe Group since it will be its first concept targeted toward consumers. Until now, its energies have been focused on conceptualizing and creating Web sites, digital content and integrated online branding strategies for brands such as Burberry, Marc Jacobs and, most recently, Oscar de la Renta. Gardner has every intention of continuing to grow the B2B facet of the agency. Other clients include Donna Karan, DKNY, David Yurman, Alexander Wang, Nowness, H&M, Tom Ford, Calvin Klein, De Beers, Harry Winston, Kate Spade New York and BLK DNM.

But the company has been in expansion phase for quite some time. In June 2011, Createthe Group acquired Morpheus Media, bringing the interactive marketing agency’s expertise in social media marketing, driving traffic through proprietary search engine marketing tools and natural search engine optimization to the now-combined company’s over 100-client roster and staff of 250.

Createthe Group is also gearing up to fine-tune its proprietary e-commerce software platform CTS, which will see the launch of CTS v3.0 in late September. The technology is available as a licensee service for any brand (not limited to CTG clients) that wants to use the program on a monthly subscription basis, which, according to Gardner, is a major differentiator for the agency.

As well as expanding into the consumer realm, the company is entering two other new territories, both geographic and in terms of clients.

Gardner revealed the company will enter China in an official capacity, and the first CTG China headquarters will bow in Shanghai on Oct. 24, coinciding with Beijing Fashion Week. The full operation — an office equipped with e-commerce platform capabilities, a warehouse with proper logistics and customer service at the ready — will cater to Mainland China. A second, smaller office will open in Hong Kong shortly thereafter to service the Asia-Pacific region.

At the moment, about a third of business overall comes from Europe — and Gardner projects the new office in China will fuel 10 to 20 percent of the overall business in a relatively short period of time.

“Our clients want to be in Asia, so we need to be there first,” he said of the office, which will initially have a staff of about 20 people, with plans to expand this by about 50 percent within six months.

In terms of business, having worked with most of the world’s major luxury brands, Createthe Group now wants to target the lifestyle sector. The company is already working with Godiva, Bravo and Knoll, as well as beauty companies such as Nars, Jurlique, Elizabeth Arden and two L’Oréal brands. Gardner believes the fact that many consumer packaged products are adopting a “fashion element” opens up a wider creative landscape for the agency.

Strong women in the digital space is another topic Gardner is eager to talk about since he has recently promoted Hong and Carina Liebeknecht to chief creative officer and chief client officer, respectively, while Shenan Reed is chief media officer at Morpheus Media.

Gardner reflects on something a leading woman in the industry — Net-a-porter founder Natalie Massenet — said to him several years ago: “I’ve always had a passion for technology changing industries and fashion, but when Natalie said, ‘You do realize that you have guys designing for women,’ it really resonated with me.”

Liebeknecht interjected of the team she forms with Hong: “It’s never just about beautiful creative — even though we got that down — it’s about understanding our clients’ businesses and objectives that creates a compelling digital experience,” she said. “And I love that I have another power chick by my side.”