The spring campaign marks a new direction for the luxury label, with Jagger making her first appearance as the face of the brand. 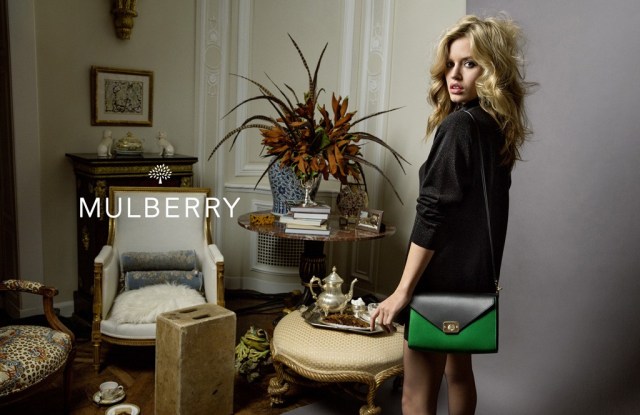 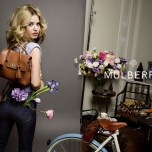 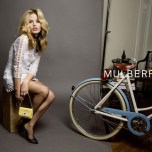 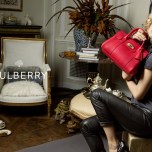 MULBERRY’S NEW BLOOM: Mulberry’s spring campaign marks a new direction for the British luxury label, with model Georgia May Jagger making her first appearance as the face of the brand, and photographers Inez van Lamsweerde and Vinoodh Matadin returning to shoot the campaign for the first time since 2004.

The images depict Jagger as if she’s at “an impromptu photo shoot set up in a country house,” the label said. To wit: In one image, Jagger poses with Mulberry’s Delphie bag at the edge of a seamless backdrop, with the house’s ornately paneled walls, gilt-edged furniture and a silver tea set also in the shot. In another, Jagger is shot against the backdrop wearing Mulberry’s Mini Cara backpack, with irises and roses spilling out of the back pocket of her jeans — nodding to the floral inspiration for the spring collection — with eclectic objects such as a vintage bicycle, teacups and a chess set in the frame.

Tank was the creative agency for the campaign, with its creative and editorial director, Masoud Golsorkhi, acting as campaign director. Golsorkhi commented that the “sense of slight chaos in the images expresses the relaxed charm of English country living.” Anne-Marie Verdin, brand director of Mulberry, noted that the label is “being determinedly British as the brand grows its international business.” The styling was by Melanie Ward, with hair by Christiaan Houtenbos and makeup by Dick Page. The campaign will break in the March issues of titles such as British Vogue, Elle and Harper’s Bazaar. Van Lamsweerde and Matadin have also directed a short film of Jagger for Mulberry’s Web site, in which the model moves on the set to the strains of Shocking Blue, a late-Sixties Dutch rock group.